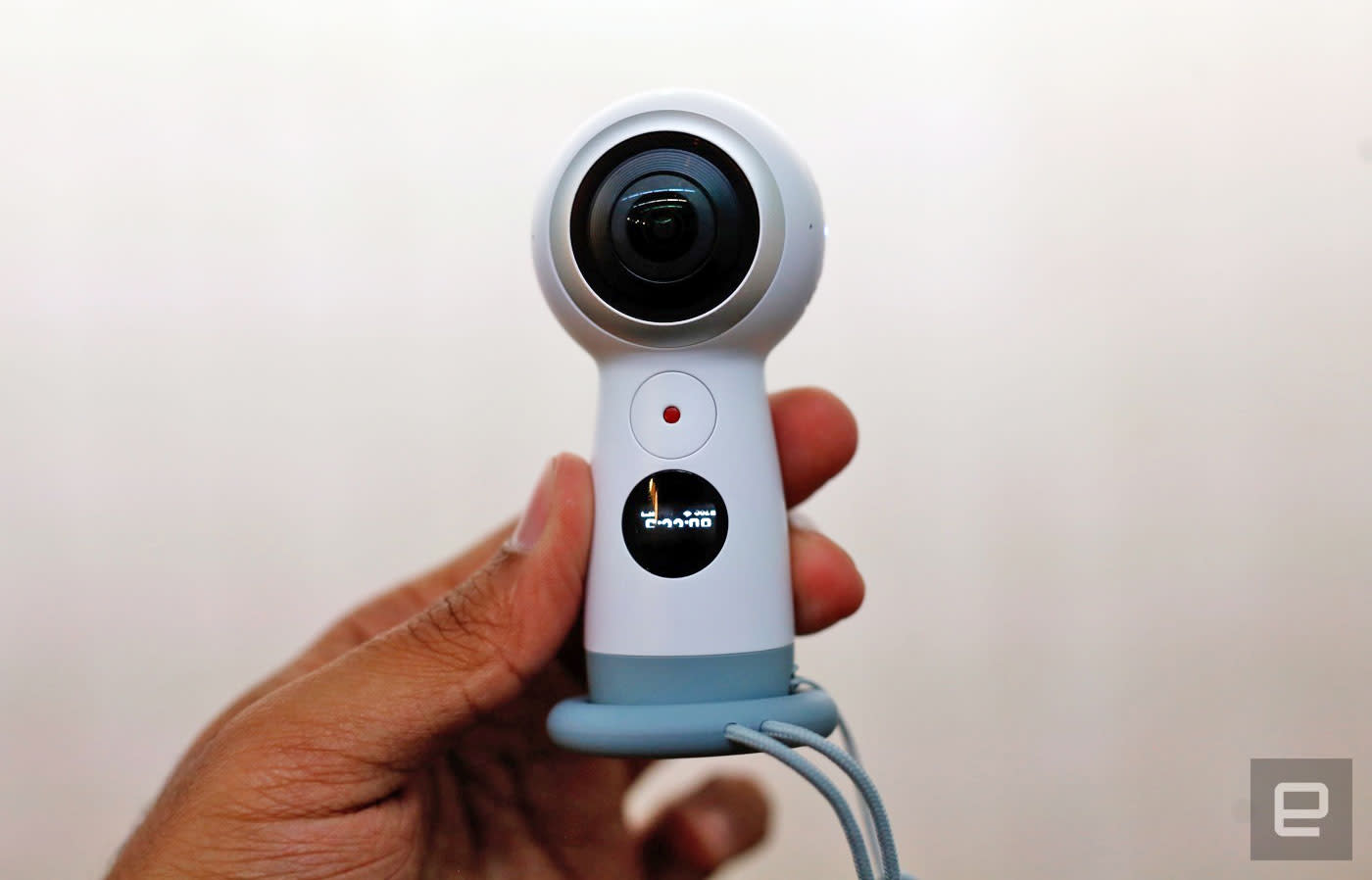 Samsung's updated Gear 360 is almost here -- you'll only have to wait one more day to be able to get it in the US. The 360-degree camera will be available tomorrow, May 25th, in store and online from Best Buy and its website, Amazon, AT&T, Sprint, T-Mobile, Verizon, US Cellular, Samsung's website and through the ShopSamsung app. In addition to being cuter than its predecessor, it can also capture real 4K videos and has the ability to livestream 360-degree footage at 2K resolution through a compatible phone, including newer iPhones. Even better, it's also cheaper at $229 -- the older Gear 360 was priced at $350 when it launched stateside, though you can get one from Amazon these days for around $160.

The updated camera isn't without its faults, though. When we took it for a spin in March, we found its base less stable than the older one's tripod legs. Also, it has a smaller battery than its older sibling, which translates to shorter battery life. If you still dig it despite those and you're also looking to buy a Galaxy S8 or S8+, take note that you can get the new Gear 360 for only $49 if you also buy one of the Korean conglomerate's latest flagship devices from May 25th to June 19th.

In this article: applenews, camera, cameras, gear, gear360, price, samsung
All products recommended by Engadget are selected by our editorial team, independent of our parent company. Some of our stories include affiliate links. If you buy something through one of these links, we may earn an affiliate commission.