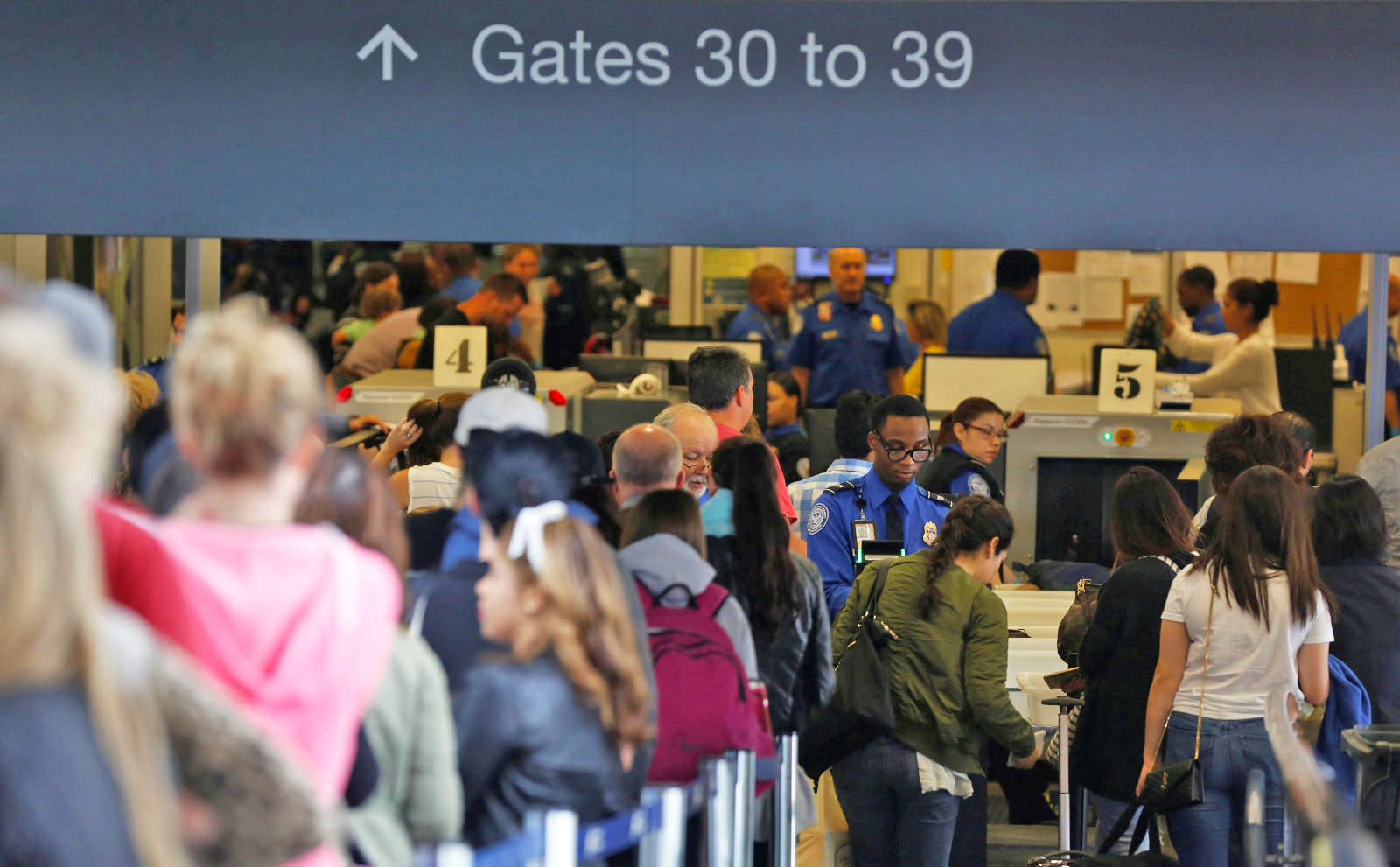 While it looks like the airline industry has successfully held off the US Department of Homeland Security's proposed laptop ban for now, the government will soon be giving carry-on bags an extra thorough inspection at airports around the country anyway. Starting after this summer's travel rush, the TSA is expected to implement a range of new policies that will likely lead to a lot more unpacking and re-packing at airport security checkpoints. Suddenly those automatic security screenings can't come soon enough.

According to a report from the Wall Street Journal, the TSA's plans are still vague, but the agency has been testing a variety of security procedures at smaller airports before expanding them to major cities like Los Angeles, Phoenix, Las Vegas, Boston and others. In some cases, passengers were required to remove all food items or put any electronics larger than a cellphone -- meaning tablets and kindles too -- in separate bins. In one failed test, confused passengers were even asked to take out any paper items in their bags, including notepads. The TSA hasn't announced which rules it will implement yet and even when it does, enforcement will vary at each airport and security line. There's even the possibility that an agent could ask you to take something out and put it in a bin without warning. While compliance is optional, non-compliance means stepping out of line for a manual check.

However, as TSA administrator Darby LaJoye told the Journal, agents won't be looking for specific threats or dangerous devices. Instead, they'll be monitoring the X-ray line to make it easier to scan each bag's contents. "It is not any one particular item we're worried about," LaJoye said. "It's not about paper or food or anything. It's how best to divest those items."

Apparently we can blame increased baggage fees for any extra hassle -- as the Journal notes, fewer people are checking bags, which leads to overstuffed and cluttered carry-ons that cause a rash of slow-moving X-ray checkpoints. If you're the sort of person who flies with a rat's nest of cables, chargers and devices in your bag, then you might want to think about investing in a cable organizer or an extra sleeve for your gadgets. According to LaJoye, travelers who pay up for TSA PreCheck (an $85 five-year subscription) probably won't be subject to the extra screening.

In related TSA news, the agency will also be installing new ID scanners around the country. The machines will read IDs and passports then automatically verify the name with the airport's passenger lists, eliminating the need for agents to manually check boarding passes. The scanners will show up at Washington Dulles first and should be in every US airport sometime in the next two years.

In this article: airlines, AirportSecurity, applenews, gear, politics, transportation, travel, TSA
All products recommended by Engadget are selected by our editorial team, independent of our parent company. Some of our stories include affiliate links. If you buy something through one of these links, we may earn an affiliate commission.