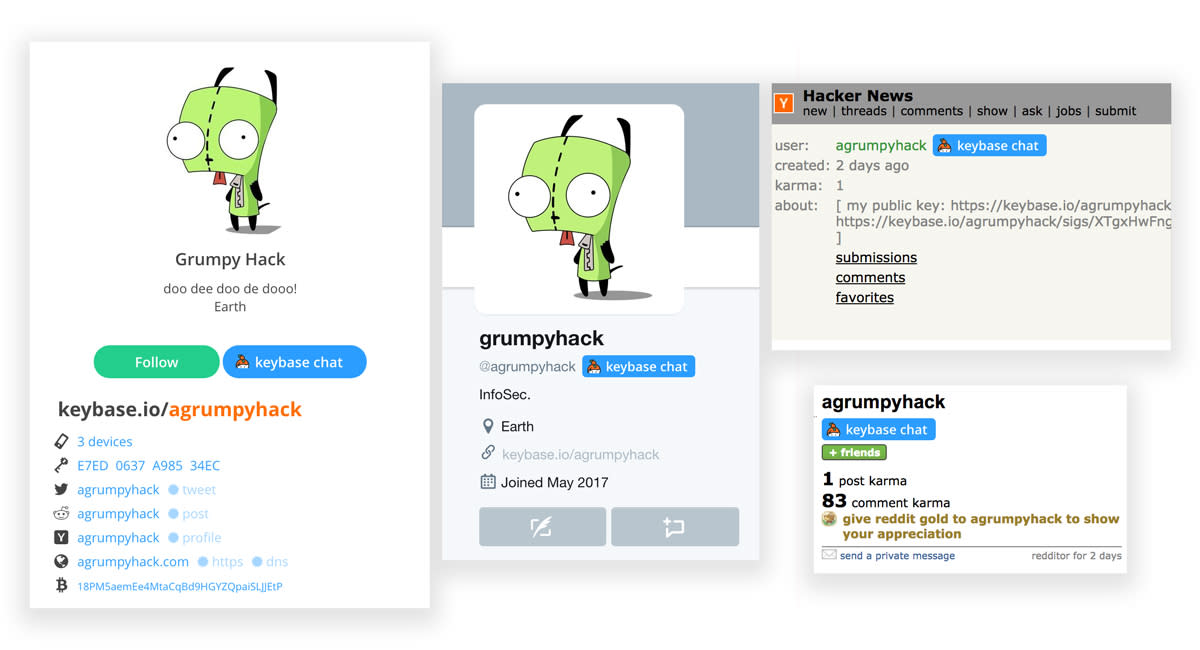 Keybase is on a mission to make end-to-end encryption as easy as possible, everywhere you go online. After launching frictionless encrypted file sharing last year, the open-source security company rolled out Keybase Chat, a desktop and mobile chat app that allows users to send encrypted messages to anyone on the internet using just their Twitter, Facebook or Reddit username. Today, Keybase announced a few new launches that will make it even easier to send encrypted messages to anyone -- even if your recipient isn't set up to receive them yet.

First, up a new Chrome extension adds an encrypted message button to user profiles on any of the social networks Keybase supports. (Aside from Twitter, Facebook and Reddit, the service also works with Hacker News and GitHub accounts.) If the user you're trying to message isn't already signed up for Keybase, they'll be notified via the social network they're on that they have an encrypted message waiting for them. The extension works alongside the Keybase desktop app, so your messages are encrypted end-to-end and they will be stored and unreadable until the recipient unlocks it. If you don't use Chrome, you can also use the main app to search for social media profiles and send a message from there.

Speaking of the the app, Keybase Chat has also quietly made its way to Linux and Windows 10 machines, as well as mobile devices on Android and iOS. Since the project is open source, the company is still refining and adding features as more users come on board. Most importantly though, founder Chris Coyne has committed to implementing advanced blocking and abuse reporting features, which is important when you consider everyone on the web now has an encrypted inbox waiting for them.

In this article: applenews, chromeextension, encryptedchat, encryption, endtoendencryption, gear, internet, keybase, keybasechat, security, services
All products recommended by Engadget are selected by our editorial team, independent of our parent company. Some of our stories include affiliate links. If you buy something through one of these links, we may earn an affiliate commission.