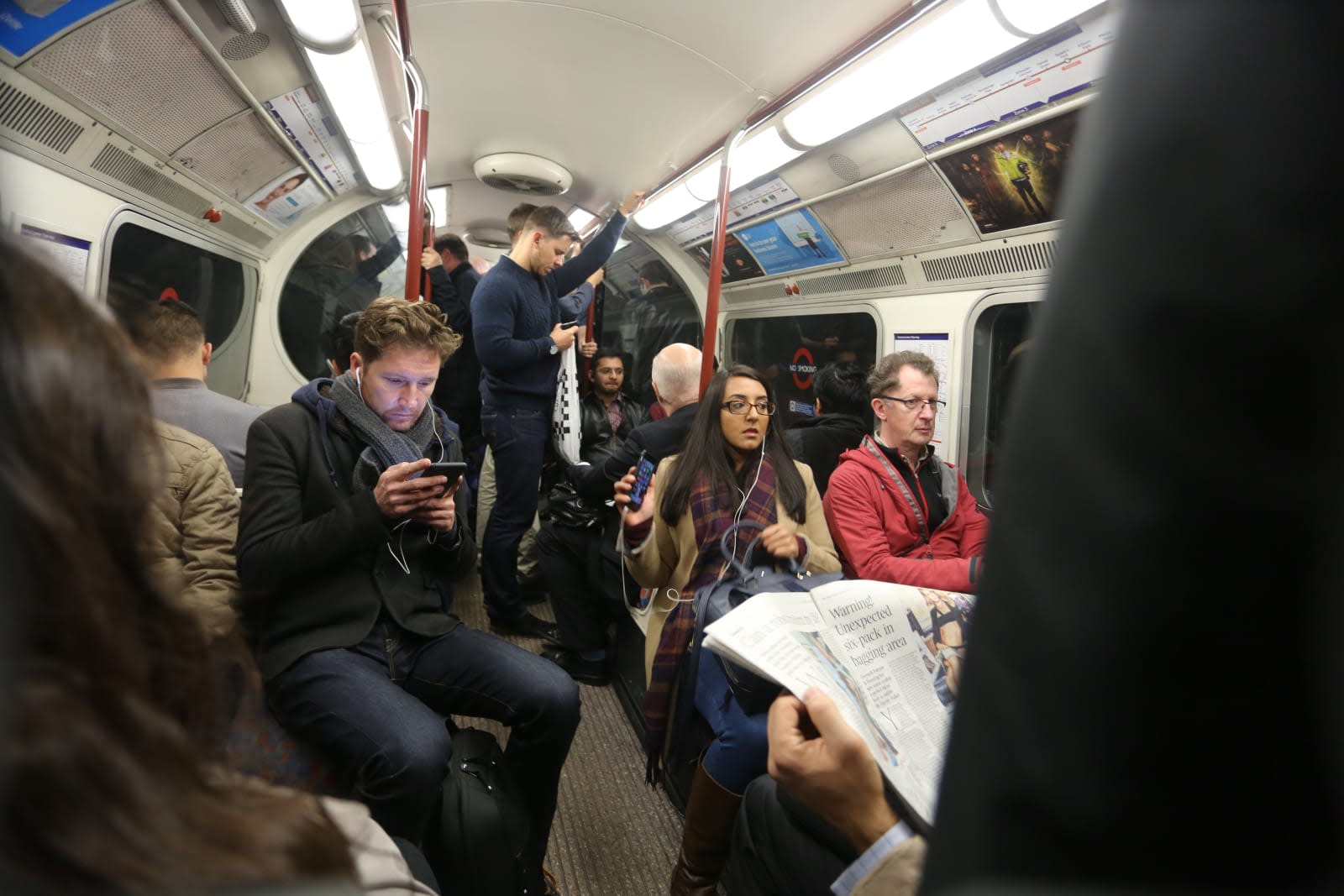 Londoners' dreams of using their phone on the Tube may soon become a reality after it emerged that Transport for London (TfL) is preparing to invite bids from companies to build a public underground 4G network. According to the Financial Times, the regulator -- with backing from London Mayor Sadiq Khan -- could hold an auction after next week's general election, extending connectivity beyond Virgin Media's station-centric WiFi network.

Financial Times sources indicate that a number of companies are already lining up their approach, with hardware specialists leading the charge. BT, which already provides mobile service to emergency services on the Tube via EE, is also thought to be interested in the auction.

A installation of a public 4G network would see London finally join other major cities in allowing commuters and tourists to use their phones while underground. New York, Paris and Berlin have offered mobile connectivity on their metro systems for a number of years. Plans for a London network have circulated for over a decade, but talks between TfL and mobile providers never got very far.

TfL wouldn't confirm the report, but did say that it hopes to deliver mobile service on its network: "We are keen to offer full mobile phone coverage for our customers. The introduction of this would need to be commercially viable and would follow engagement with staff and customers."

In this article: applenews, gear, london, londonunderground, mobile, sadiqkhan, tfl, transportation, tube
All products recommended by Engadget are selected by our editorial team, independent of our parent company. Some of our stories include affiliate links. If you buy something through one of these links, we may earn an affiliate commission.