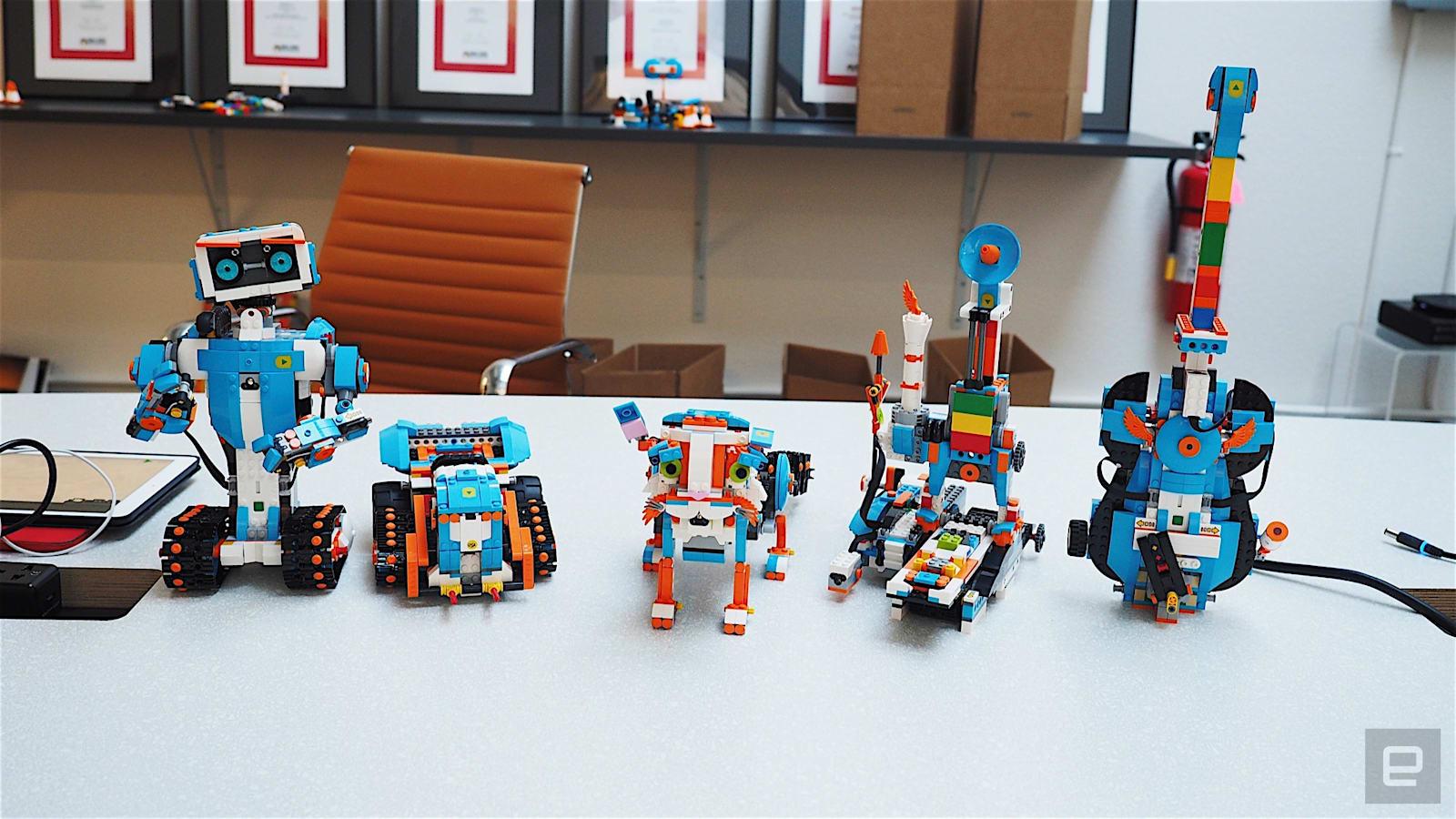 In January, Lego announced a new line of products called Boost aimed at teaching kids aged seven and up how to code. Now, Lego Boost is available for preorder at a price of $160. Units will begin shipping in late July.

This first Lego Boost kit is called a "creative toolbox" and containing Boost bricks, Lego blocks, a Move Hub with a six-axis tilt sensor and instructions for building different Lego creations. But it's not limited to what's in the box -- kids can use their own Lego bricks with Boost, encouraging creativity and teaching coding at the same time.

Much like littleBits' Code Kit, which is available to ship starting today, Lego Boost uses an app to program kids' creations. The Boost set contains five possible creations -- from a robot to a cat to an Autobuilder, which builds its own Lego works -- but the app also contains activities to encourage additional building and coding.

There's been a trend of toys geared toward teaching kids to code. The aforementioned littleBits' Code Kit focuses on teaching coding skills to elementary and middle school kids. And Apple's Swift Playgrounds is a free iPad app designed to help kids program drones and robots. The abundance of coding apps and kits makes clear that getting kids interested in coding doesn't have to be a laborious process.

In this article: applenews, boost, coding, diy, do it yourself, doityourself, lego, legoboost
All products recommended by Engadget are selected by our editorial team, independent of our parent company. Some of our stories include affiliate links. If you buy something through one of these links, we may earn an affiliate commission.