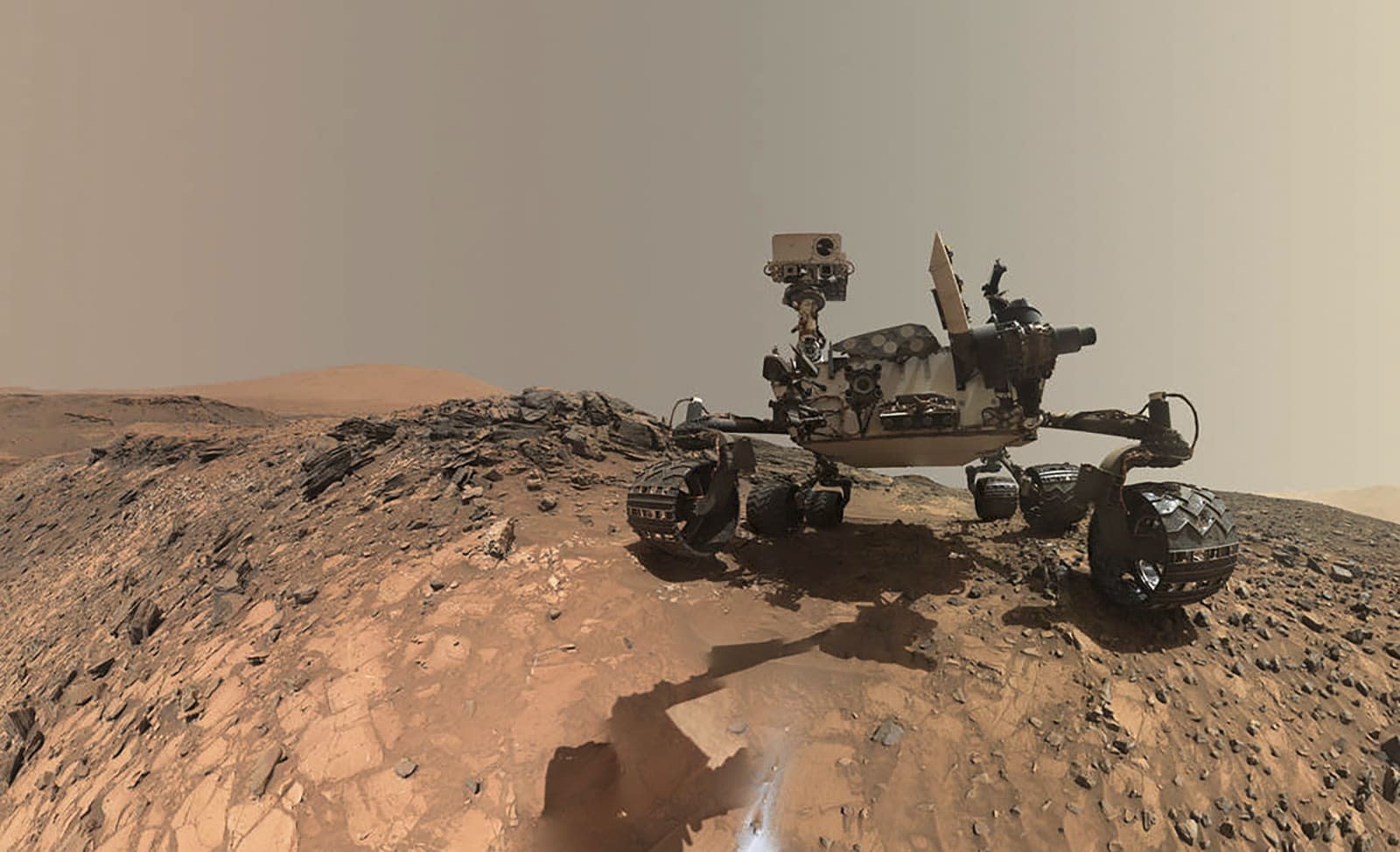 NASA landed the Curiosity rover in Mars' Gale Crater precisely because it promised to be a sort of open book that revealed a lot about the planet's history. Well, scientists have been busy reading... and it looks like the crater had an intriguing past. Two newly published research papers indicate that Gale was a warm lake for for a period of about 700 million years, ending about 3.1 billion years ago. In other words, it was habitable for a very long time. Even then, groundwater persisted for a long time afterwards.

Water is likely to have arrived in a cold climate, according to the data. When it warmed up, however, the lake split into layers with a warm, oxygen-rich mix near the top. Not surprisingly, life stood the best chance there. After that, you may know the rest -- Mars lost most of its atmosphere and the water to match.

The findings suggest that the timeframe for potential life on Mars, at least in Gale Crater, is much longer than previously thought. This doesn't guarantee that humanity will find fossilized microbes, but the odds are better than before. As Ars Technica observes, life on Earth took "just" a few hundred million years to form after the planet itself was born; 700 million years is a huge window by comparison.

In this article: applenews, curiosity, galecrater, gear, mars, nasa, planet, rover, science, space
All products recommended by Engadget are selected by our editorial team, independent of our parent company. Some of our stories include affiliate links. If you buy something through one of these links, we may earn an affiliate commission.