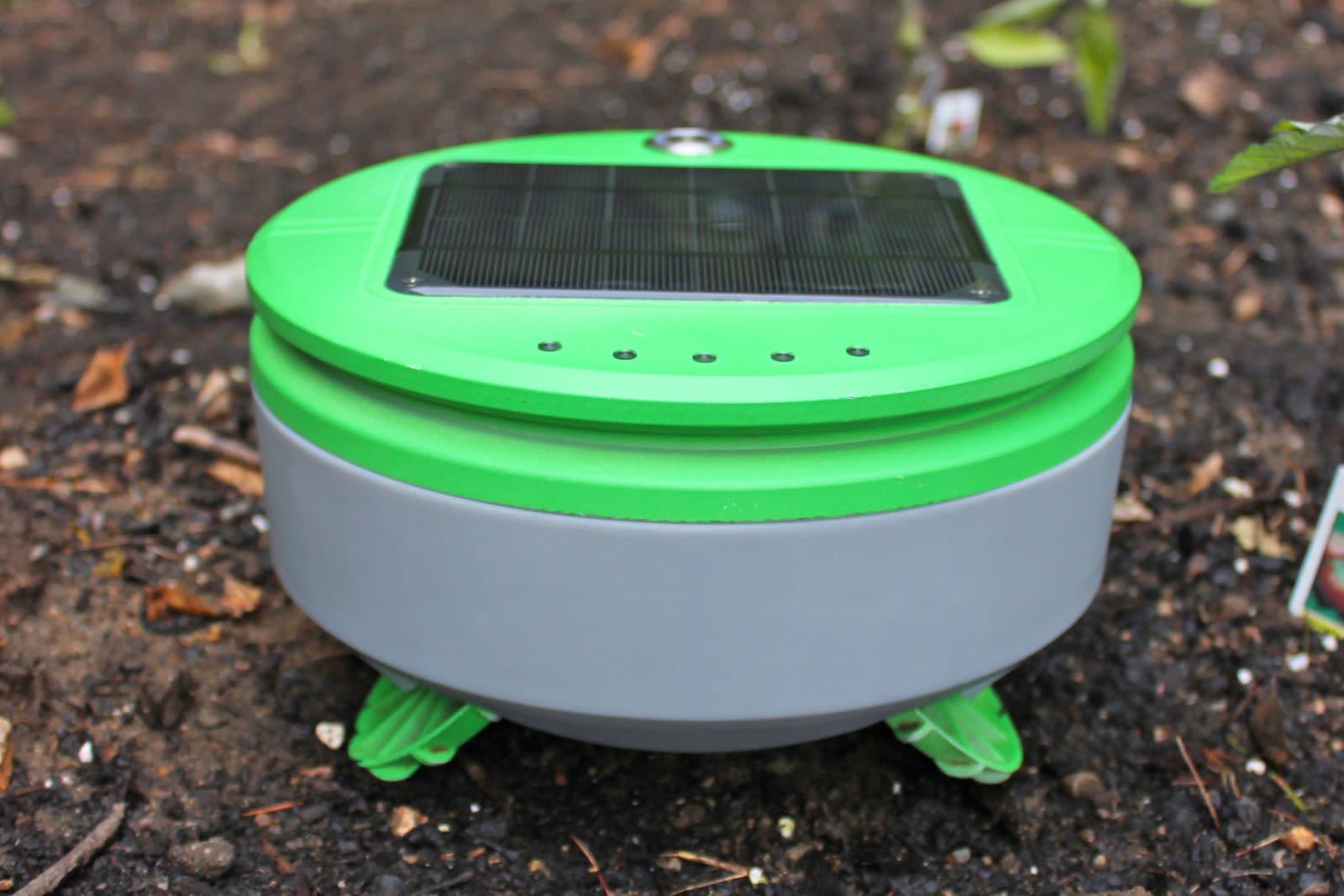 Let's be honest: while planting your garden can be fun, weeding it usually isn't. Not unless you enjoy crouching down for long stretches, anyway. You might not have to endure the drudgery for too much longer, though. Roomba co-creator Joe Jones and Franklin Robotics are launching Tertill, a robot that weeds your garden all by itself. The machine automatically roams the soil, using sensors to identify small plants (you use collars to protect young crops) and chop them down. It's solar-powered, so you don't have to dock it -- you can even leave it out in the rain.

In addition to pairing with your phone through Bluetooth, the machine has a USB port to charge during particularly gloomy weeks.

The design does require some careful planning to work properly. You need to space your crops loosely so that the robot can kill weeds in between, and you'll want to avoid any steep inclines so Tertill doesn't stuck. There will have to be some kind of basic barrier to prevent the vehicle from wandering away, too. You may also have to rethink how you kill weeds. While you're probably used to pulling weeds out by the roots, Franklin is counting on its bot repeatedly cutting down weeds until they wither and die.

Franklin is launching a Kickstarter crowdfunding campaign for Tertill on June 13th, with a price around $300. That's not a trivial figure, but the company is betting that the convenience will pay for itself. It might have a point. There's a chance you'll need to double-check Tertill's work (it might not catch weeds very close to your crops), but the time you save could be better spent on the rest of your gardening... or just relaxing on the back porch. And it's even a bit eco-friendly, since it reduces the pressure to use herbicides.

In this article: applenews, crowdfunding, franklinrobotics, garden, gear, home, homeautomation, kickstarter, robot, robots, roomba, tertill, weeds
All products recommended by Engadget are selected by our editorial team, independent of our parent company. Some of our stories include affiliate links. If you buy something through one of these links, we may earn an affiliate commission.