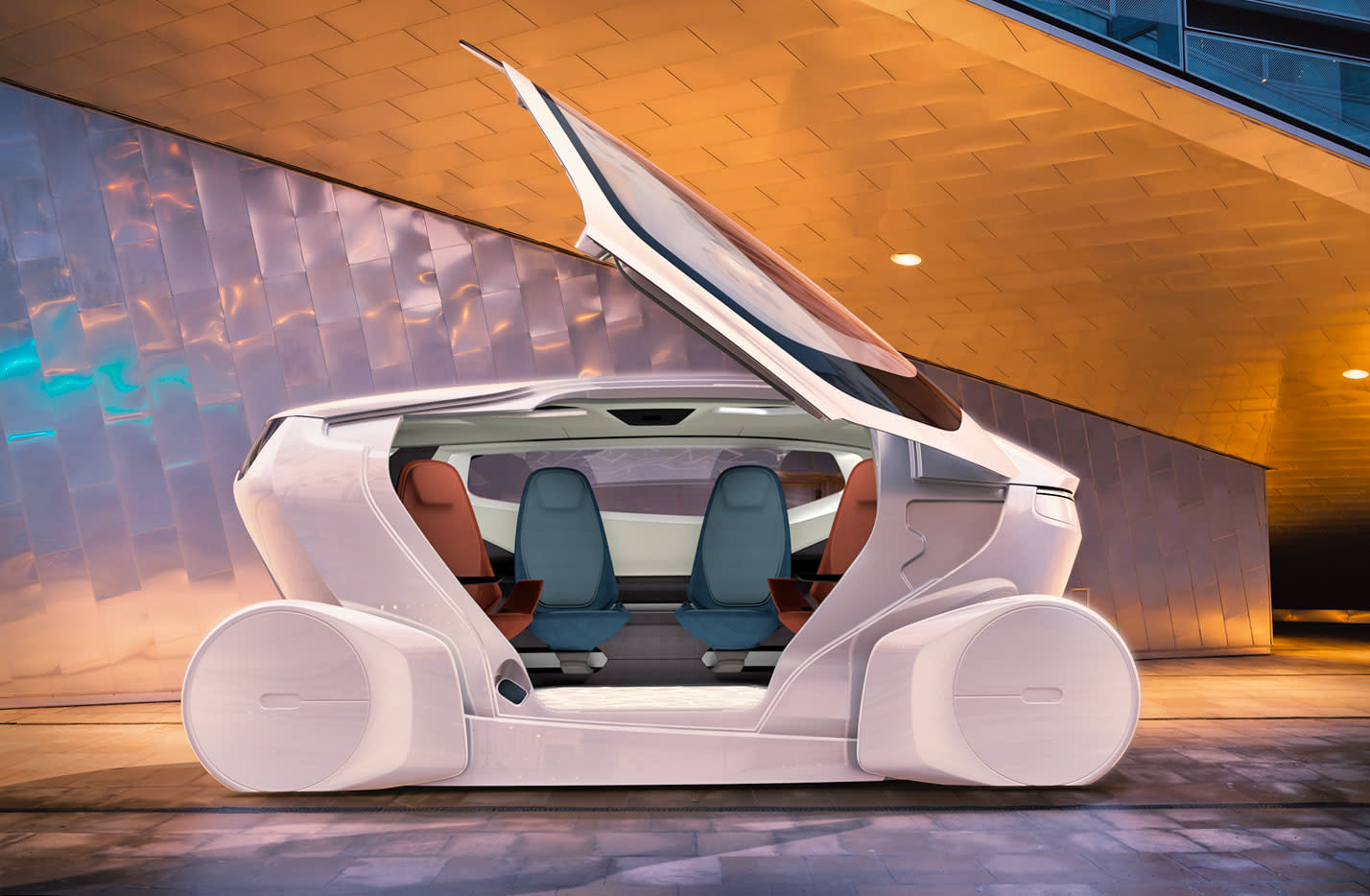 National Electric Vehicle Sweden (NEVS), the company that discontinued the Saab name last June, debuted its InMotion electric level 5 autonomous car concept at CES Asia that's essentially a modular room on wheels. There aren't even any dashboard controls: Occupants adjust the seating arrangements, lighting and environmental settings with a paired app. A concept for the self-driving living/working space of the future has arrived.

With its plastic rhomboid shape and wheel pods, the InMotion looks the part of a forward-looking concept car. Even the windows are intended to operate as displays, maximizing workspace. Even other autonomous concepts with adjustable interiors, like the Mercedes-Benz F 015, have been loath to ditch the driving column -- either to reassure nervous riders or cautiously abide by existing autonomous laws that require drivers have the ability to take over controls at any time. Regardless of whether the InMotion would end up as a tiny Google Bus (or autonomous shuttle) allowing folks to work on their way to work, NEVS sees it as a communal vehicle. Imagine paying into a timeshare of sorts where the vehicle drops you off at work and then zooms out to another commuter -- but the customizable interior space would adjust to your presets when the vehicle senses you approaching. As always with concepts, there's no telling whether these ideas will make it into a production vehicle, but the intent to separate "car" from "driving responsibilities" is catching on.

In this article: applenews, autonomous, AutonomousVehicles, gear, NationalElectricVehicleSweden, NEVS, NEVSInmotion, saab, Self-drivingCar, tomorrow, transportation
All products recommended by Engadget are selected by our editorial team, independent of our parent company. Some of our stories include affiliate links. If you buy something through one of these links, we may earn an affiliate commission.