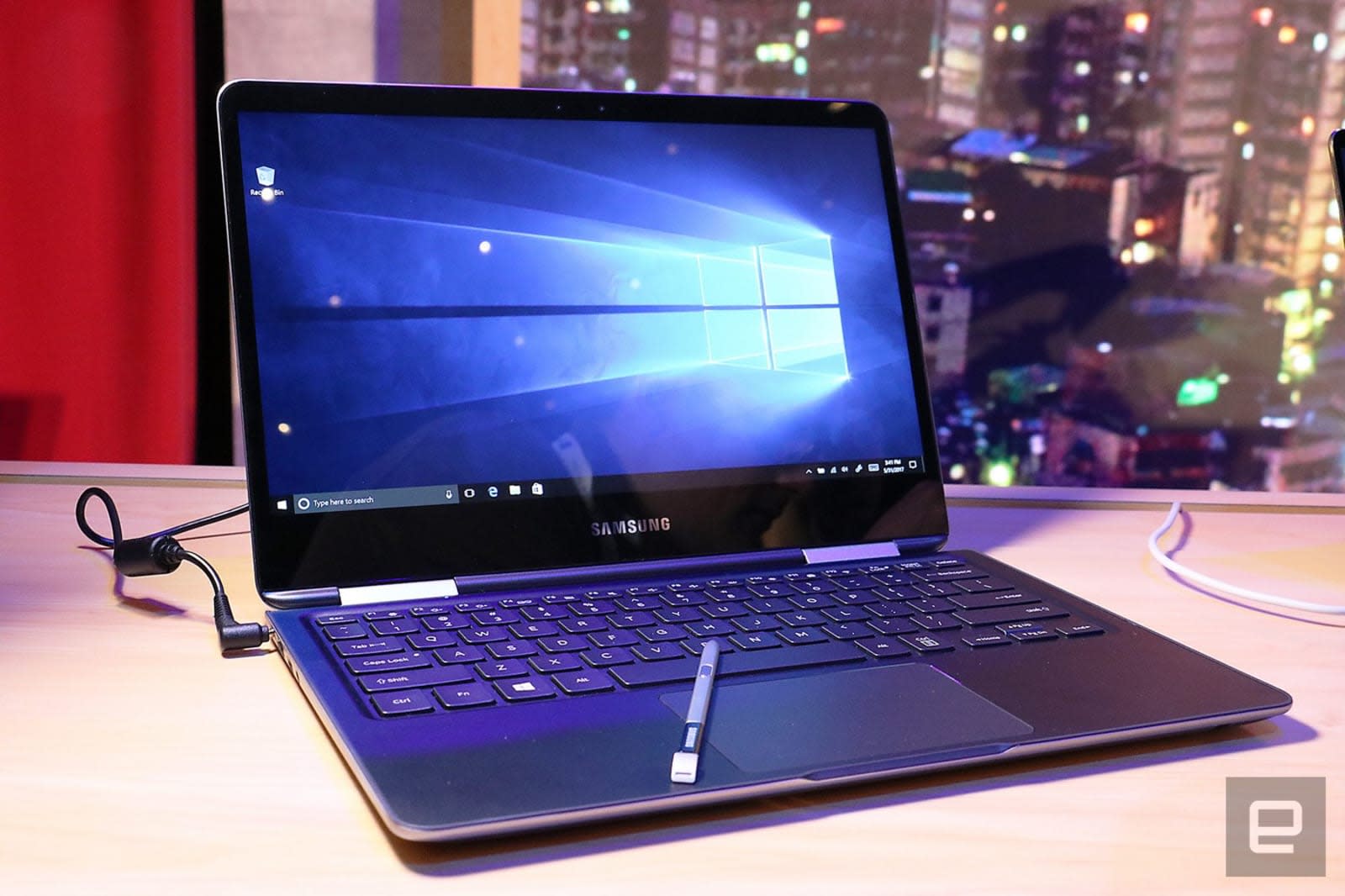 We were delighted by Samsung's lightweight Notebook 9 back at CES. The Pro version unveiled at Computex last week promised more power, a 2-in-1 configuration and, most importantly, the tech titan's proprietary built-in pressure-sensitive S Pen stylus. Today, Samsung announced that preorders on BestBuy.com open June 11th before it launches in stores on June 26th, starting at $1100 13.3-inch model and $1300 for the slightly souped-up 15-inch.

The S Pen is the Pro's most distinguishing upgrade from the standard Notebook 9, though it's the same one that comes with the Galaxy Tab S3 and Galaxy Book. Just like with those devices, ejecting the S Pen from the Pro's dock prompts a pop-up that gives you access to the Air Command or Windows Ink workspaces, which is more integrated functionality than competing laptops that similarly include a stylus.

Like the regular Notebook 9, the pro models are powered by Intel's seventh-generation Core i7 processors -- in this case, the 7500U chips. While the stock versions of the normal laptops cap out at 8GB of DDR4 dual-channel RAM, the 15-inch Pro comes with 16GB RAM. The beefed-up larger size also ditched the normal Notebook 9's NVIDIA 940MX GPU in favor of an AMD Radeon 540 with 2GB of discrete RAM. Both Pro models come with a 256GB SSD.

As for ports, both Pros come with two USB 3.0 and one USB-C, as well as an HDMI, 3.5mm headphone and MicroSD. While the smaller model weighs just shy of three pounds, the extra oomph in the 15-inch pushes its weight to 3.79 pounds. Both only come in Titan Silver.

In this article: 2in1, applenews, gear, laptop, personal computing, personalcomputing, samsung, samsungnotebook9pro
All products recommended by Engadget are selected by our editorial team, independent of our parent company. Some of our stories include affiliate links. If you buy something through one of these links, we may earn an affiliate commission.