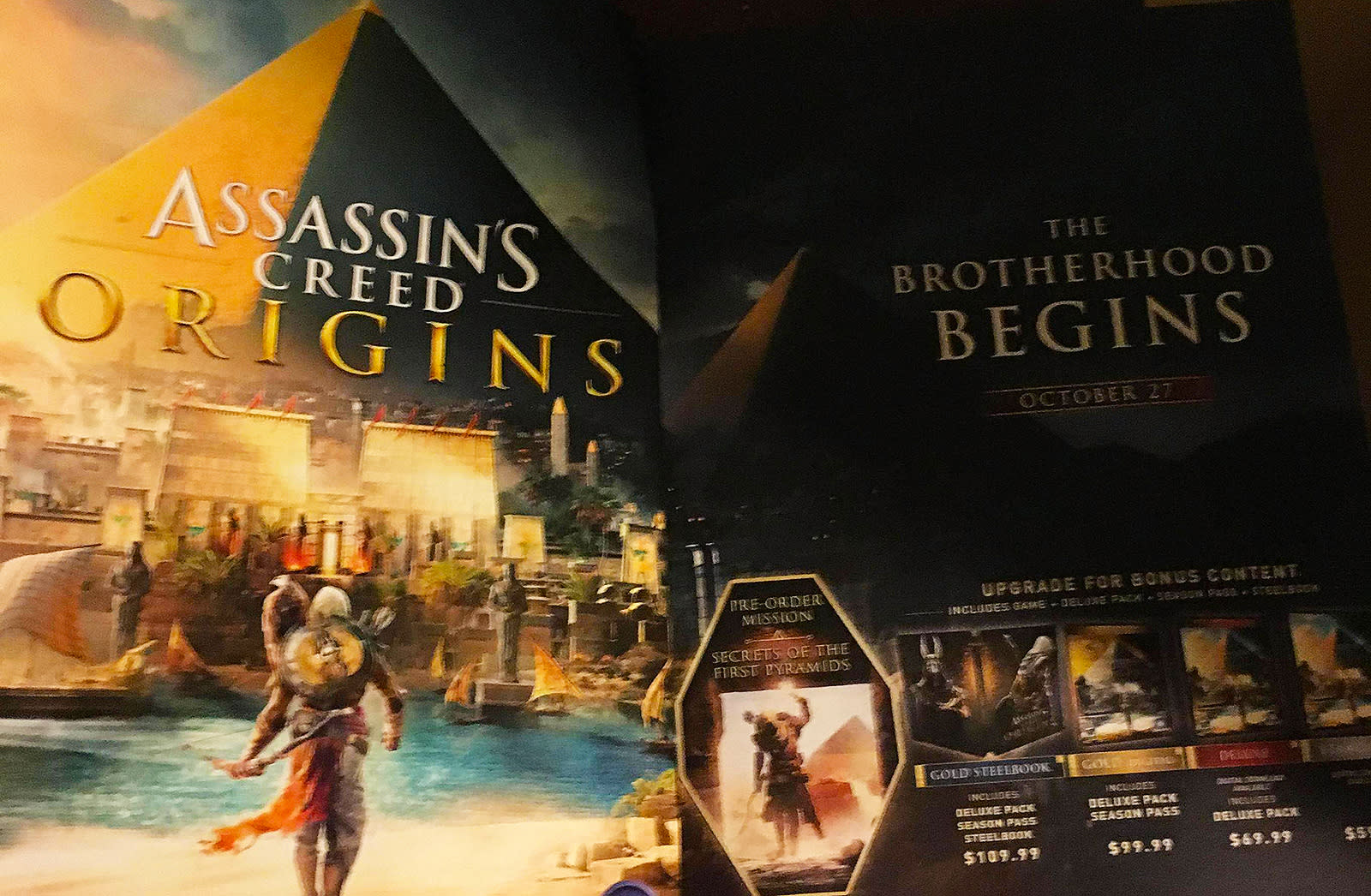 Ubisoft is expected to launch a new Assassin's Creed at E3 2017, but some Game Informer subscribers who got their next issue early might already have the details the developer plans to announce. Based on photographs of the magazine posted by HungryGhost57 on Reddit and Imgur, the new entry in the series entitled Assassin's Creed Origins will be released on October 27th with the tagline: "As an empire falls, a brotherhood rises." The announcement's accompanying illustrations show the titular assassin against a backdrop of pyramids and sphinxes, just like the retail pre-order card that was also leaked a couple of days ago.

The illustrations are a dead giveaway that the game will be set in Ancient Egypt. According to Polygon, previous reports also indicate that it would feature naval combat similar to Black Flag's and that it'll come out for PlayStation 4, Windows PC and Xbox One. In the comments section on Reddit, HungryGhost57 posted more details from the magazine, as well. He said the game takes place during the reign of Cleopatra and has more than one playable character, a brand new fighting system, a day/night cycle and no minimap, among other details. As always, though, take these leaks with a grain of salt: you'll only have to wait a few days to hear the official details from Ubisoft anyway. In this article: applenews, assassinscreed, assassinscreedorigins, e32017, gameinformer, gaming, internet, leak
All products recommended by Engadget are selected by our editorial team, independent of our parent company. Some of our stories include affiliate links. If you buy something through one of these links, we may earn an affiliate commission.