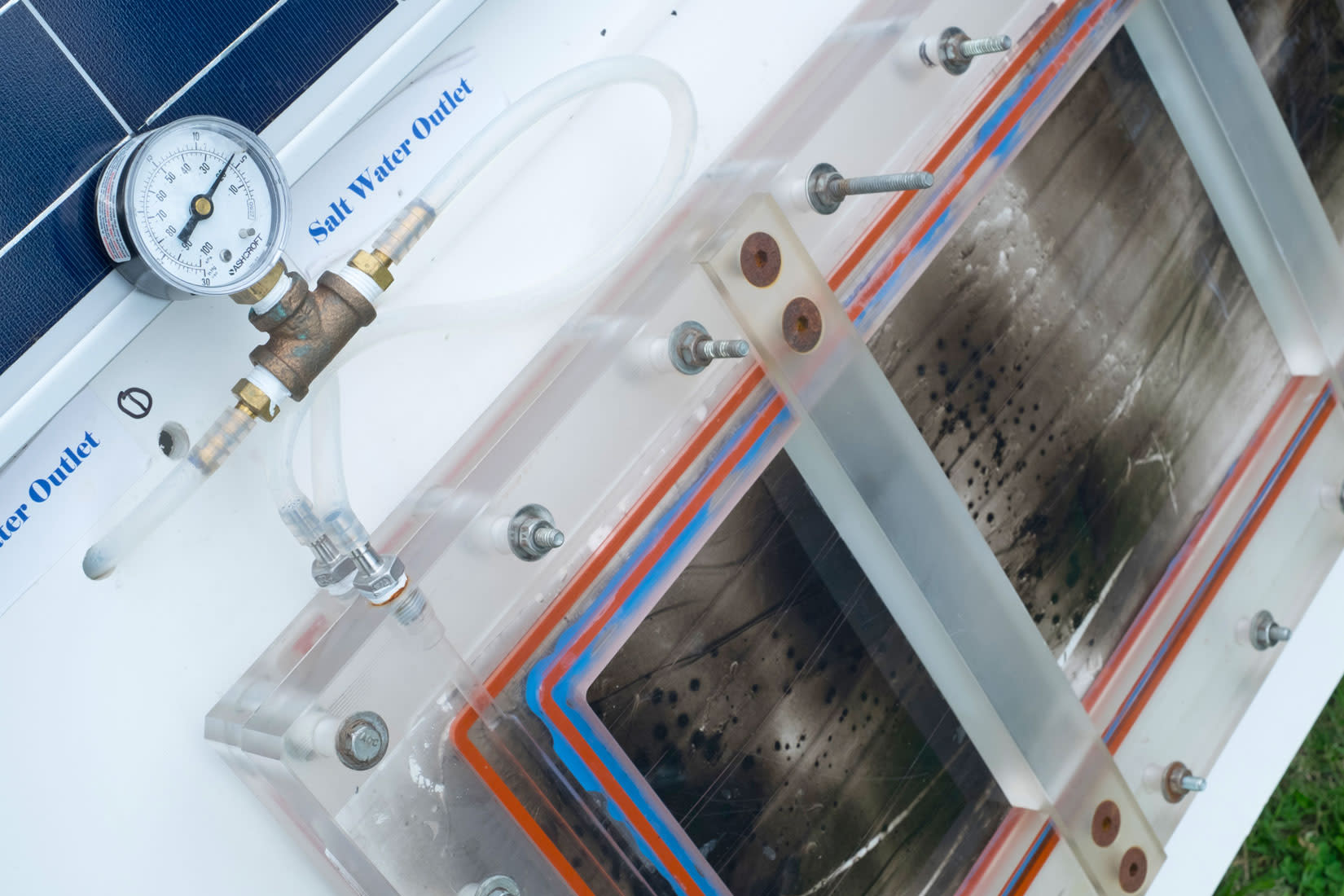 One of the oldest means of extracting potable liquid from seawater involves distillation, basically boiling the water into steam and then cooling the purified vapor in condensation tubes. Problem is, this method is incredibly power intensive with nearly half of the input energy going towards just boiling the water. But, a team of researchers from Rice University have developed a new technique that not only drastically reduces the amount of energy needed but can decouple the process from the power grid altogether.

The research was carried out at the federally funded Center for Nanotechnology Enabled Water Treatment (NEWT) at Rice University. Since its formation in 2015, NEWT has worked to develop a technology called "nanophotonics-enabled solar membrane distillation", or NESMD. In this method, flows of hot and cold water are separated by a thin membrane. Water vapor is drawn across that membrane from hot side to cold, straining out the salt. This uses much less energy than distillation since the water only needs to be hot, not boiled.

To further improve the system's efficiency, researchers at NEWT combined commercially available membranes with nanoparticles that convert light into heat. Doing so means that the membrane itself heats up, so you don't need a steady supply of hot water, just sunlight.

And since you don't need a bunch of energy to heat water, the power requirements drop to little more than running a pump to help push the fluid through the process. As such, the entire modular system can run on a couple of solar panels.

During their tests, the research team found that like molten salt power arrays, their device's efficiency multiplied if the sunlight was concentrated. "The intensity got up 17.5 kilowatts per meter squared when a lens was used to concentrate sunlight by 25 times," Rice University researcher Qilin Li, said in a statement, "and the water production increased to about 6 liters per meter squared per hour."

And since the system is modular, the thinking is that places like remote communities, offshore oil rigs and disaster relief sites would be able to figure out their hourly water consumption rates and install exactly the desalination capacity necessary. This same technology could just as easily replace the current membrane distillation technology at more than 18,000 water purification plants worldwide.

"Direct solar desalination could be a game changer for some of the estimated 1 billion people who lack access to clean drinking water," . "This off-grid technology is capable of providing sufficient clean water for family use in a compact footprint, and it can be scaled up to provide water for larger communities."

In this article: applenews, Desalination, freshwater, gadgetry, gadgets, gear, membrane, NESMD, NEWT, potable, Rice University, RiceUniversity, seawater, water, hidden:vv_3x4:8f8cb650-abe4-3af8-b248-6332bc8fc306
All products recommended by Engadget are selected by our editorial team, independent of our parent company. Some of our stories include affiliate links. If you buy something through one of these links, we may earn an affiliate commission.