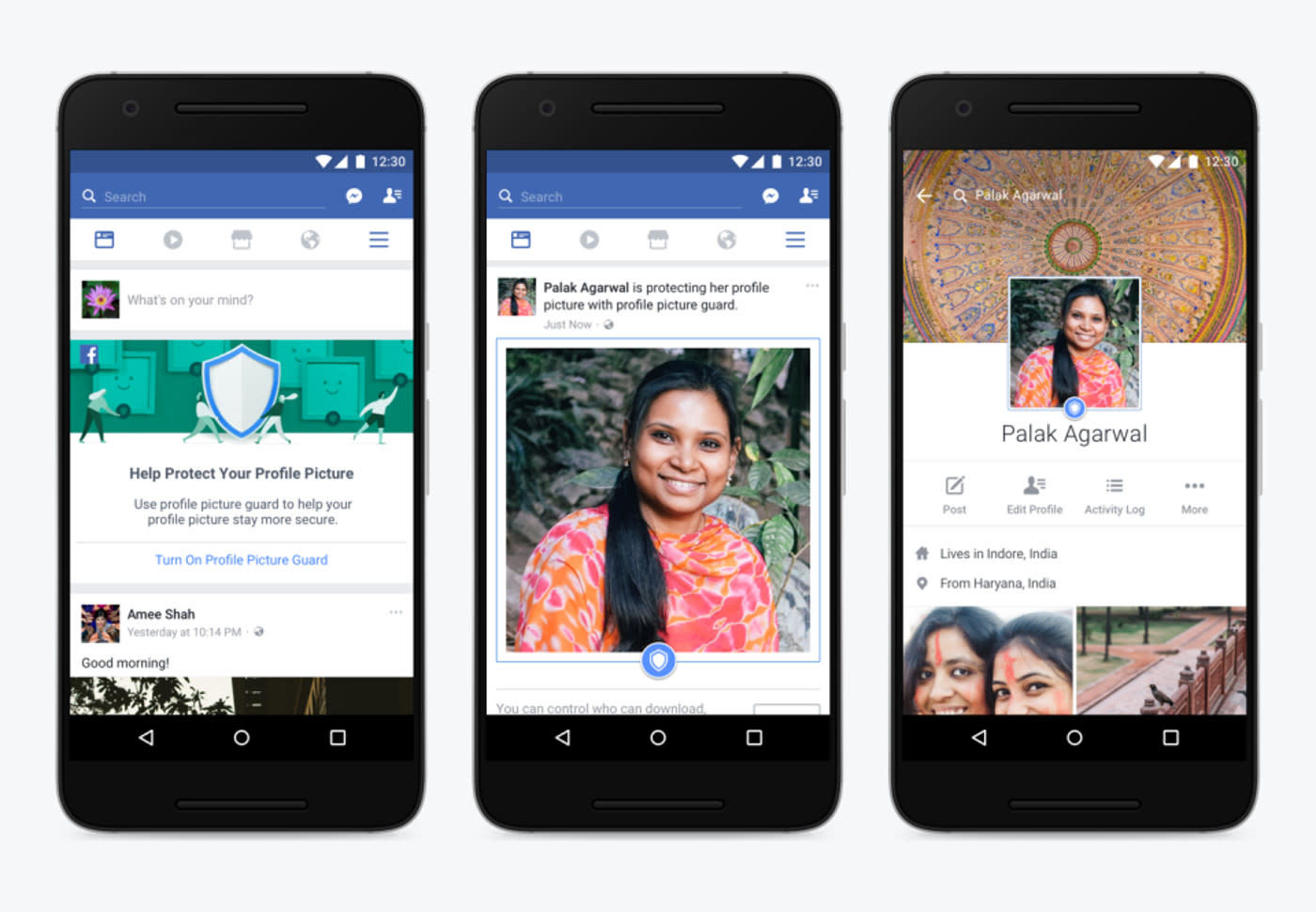 Facebook has begun testing new tools in India that prevent anyone from sniping your profile picture for who knows what purpose. If you live in the country, you might see an option to turn on "profile picture guard" next time you visit your News Feed. When you have the guard up, other people will no longer be able to save your pic or even screenshot it with an Android device. People not in your friends list won't be able to tag anyone or themselves in your profile picture regardless of your tag settings, as well.

To save anyone the trouble, Facebook will display a blue border and a shield around your picture to indicate that it's protected. But to be sure, the company has also teamed up with an illustrator to create Indian textile designs you can layer over your picture, since people are less likely to copy images adorned by patterns.

The social network cooked up the experimental feature after finding out from safety organizations that some women in the country don't feel comfortable sharing a picture meant to be seen by Facebook's 2 billion users. They're apparently worried about what could happen to their photo, which is certainly warranted: a lot of shady "hot singles near you" or "meet hot [insert ethnicity here] women" dating websites steal pictures from social networks. Some pinch images to create sleazy Facebook albums of random women on the internet, while others use strangers' photos to scam people. The list goes on, really.

Since all those could happen to anyone anywhere, Facebook is considering making the feature available around the globe. In the social network's announcement today, it said it "hope[s] to expand to other countries soon" based on what it learns from the initial roll out in the Asian country.

In this article: applenews, facebook, gear, internet, mobile, profilepicture, protection, security, socialnetwork
All products recommended by Engadget are selected by our editorial team, independent of our parent company. Some of our stories include affiliate links. If you buy something through one of these links, we may earn an affiliate commission.