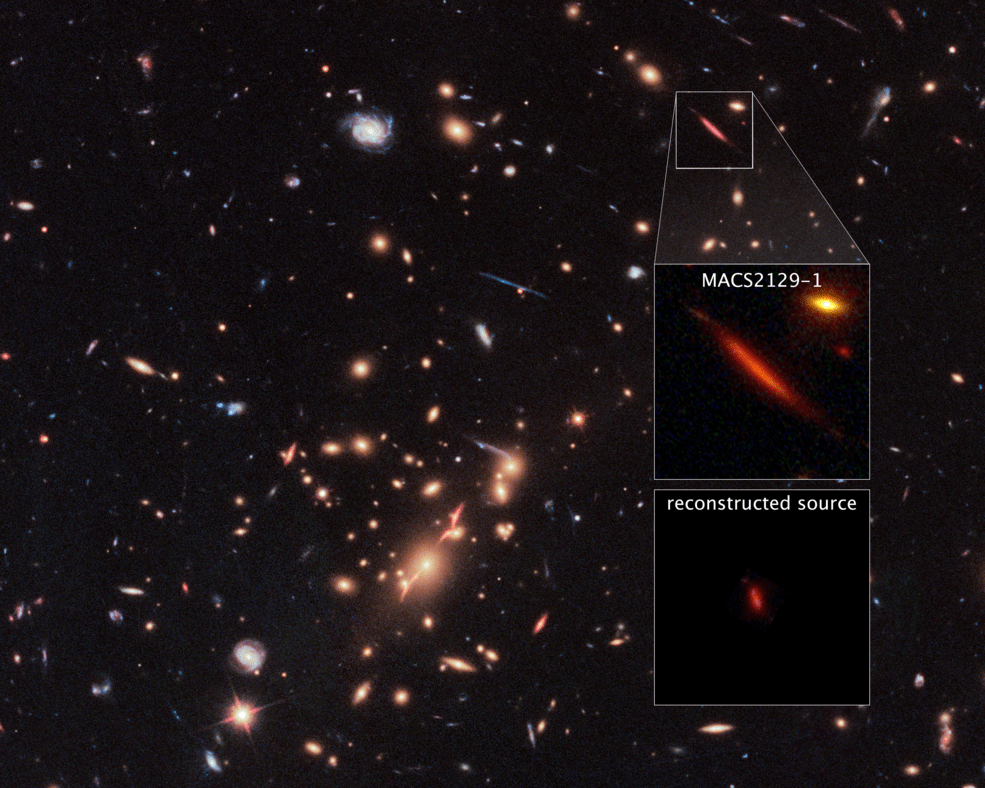 With the help of NASA's Hubble Space Telescope, researchers made a surprising discovery that goes against what we thought we knew about old galaxies and how they evolve. Our galaxy, the Milky Way, is a disk-shaped spiral galaxy. Typical of this shape of galaxy, the Milky Way's stars move around with predictable regularity and new stars are being formed throughout. From astronomers' observations, older galaxies that have stopped producing stars take on an elliptical shape with star motions that are unpredictable, different from the Milky Way and other younger galaxies.

However, scientists recently got a look at the MACS2129-1 galaxy, a "dead" galaxy that stopped making stars billions of years ago. But instead of being the expected elliptical shape, it was a flat disk much like the Milky Way. It's half the size of our galaxy, but three times as massive and spinning twice as fast.

Researchers were able to see this galaxy by combining the power of the Hubble telescope with gravitational lensing -- a process by which the gravity of massive celestial objects like galaxies can magnify and stretch light from objects behind them, creating a lens. A galaxy cluster lying between us and MACS2129-1 served as the gravitational lens in this case, allowing scientists to look deep inside the dead galaxy.

Now researchers have to figure out how dead disk-shaped galaxies evolve into elliptical ones, and the answer could be mergers. The merging of multiple galaxies could shuffle the star motions and plump out the shape of the resulting galaxy.

Researchers hope to use NASA's upcoming James Webb Space Telescope to find more examples of this type of dead galaxy.

In this article: applenews, galaxy, galaxycluster, gear, gravitationallensing, HubbleSpaceTelescope, nasa, space
All products recommended by Engadget are selected by our editorial team, independent of our parent company. Some of our stories include affiliate links. If you buy something through one of these links, we may earn an affiliate commission.