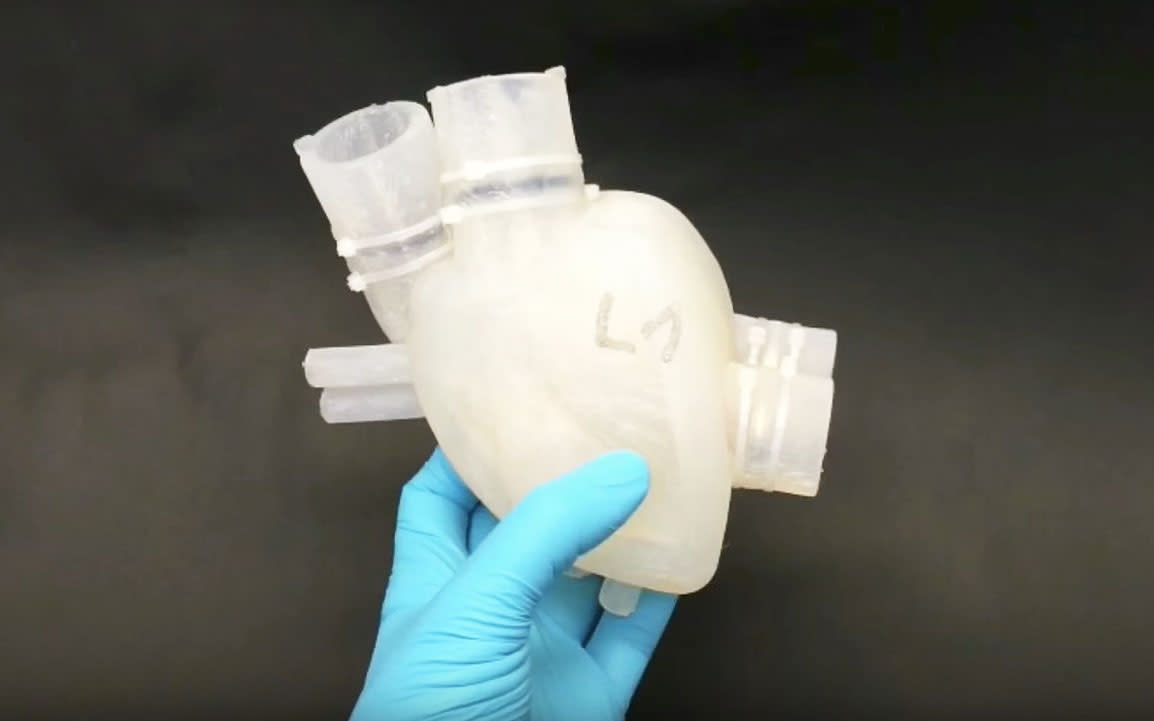 Advanced 3D printing and manufacturing techniques that can produce soft machines could save a lot of lives in the future. They could be used to make not just soft robots for search and rescue, but also temporary organs for people on the transplant waiting list, like the artificial heart created and tested by a team of researchers from ETH Zurich. The researchers have developed a silicone heart that beats like the real organ does using a 3D-printing, lost-wax casting technique.

In the future, it could be used as an temporary heart instead of the blood pumps hospitals use today for patients waiting for a heart transplant. Since it's a single solid silicone structure, it doesn't have the usual disadvantages associated with typical pumps' metallic and plastic mechanisms, which are susceptible to complications. That's why when the team set out to create an artificial heart, they made it their goal to develop one that "is roughly the same size as the patient's own one and which imitates the human heart as closely as possible in form and function."

The team stayed true to their mission and developed a silicone heart that has a right and a left ventricle like its real counterpart. But instead of a wall in between the two, they're separated by an extra chamber inflated and deflated by pressurized air in order to mimic contractions and pump blood. It's definitely a promising creation that could change lives, but it's unfortunately far from ready.

Based on the series of tests the team conducted, its current iteration only lasts for 3,000 beats, enough to keep someone alive for 30 to 45 minutes. It begins breaking apart after that. The researchers now need to find or develop a more durable material and improve the artificial organ's performance so that it can last much, much longer than that.

In this article: 3dprinting, ethzurich, gear, heart, medicine, organ, silicone
All products recommended by Engadget are selected by our editorial team, independent of our parent company. Some of our stories include affiliate links. If you buy something through one of these links, we may earn an affiliate commission.