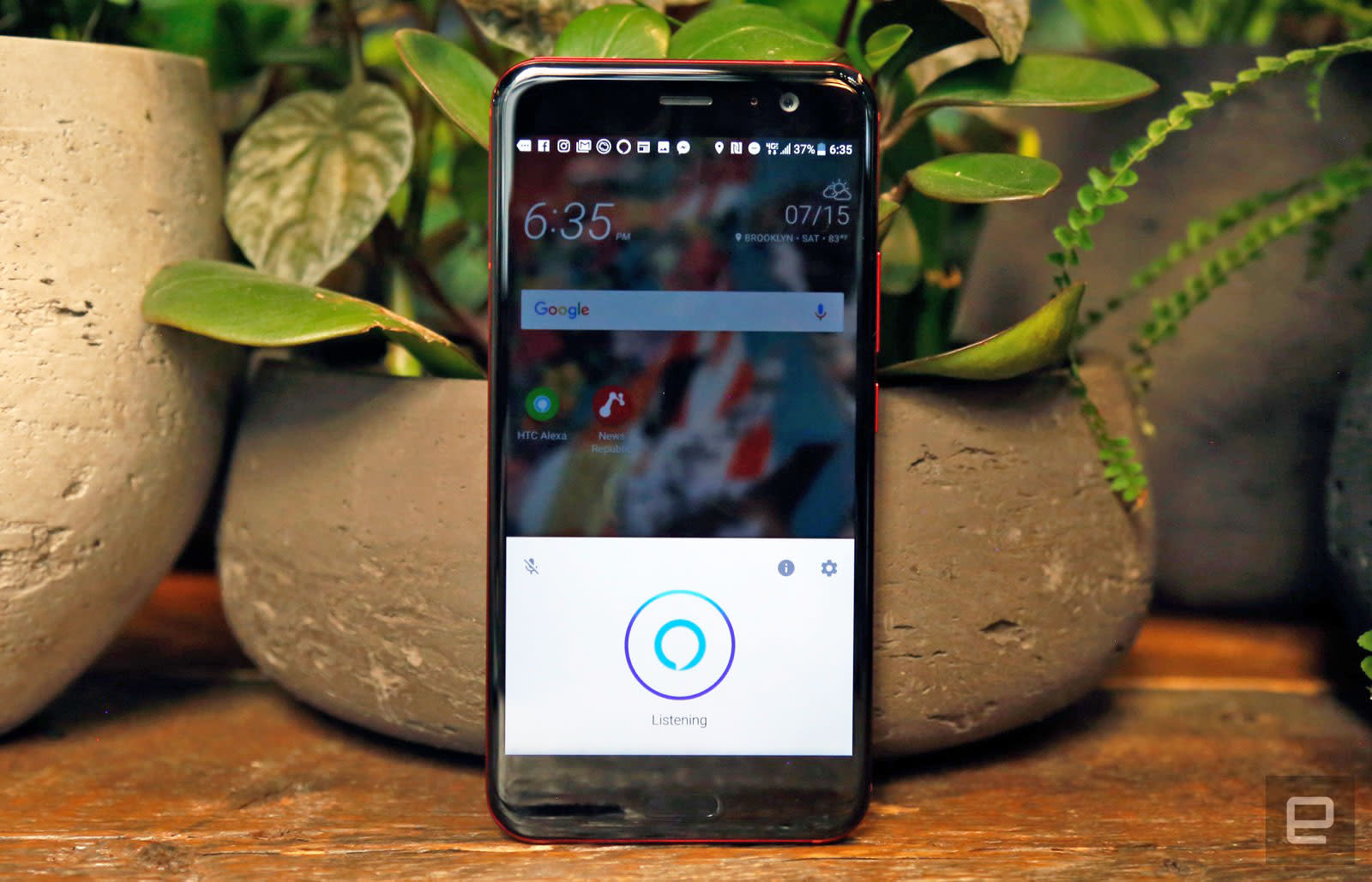 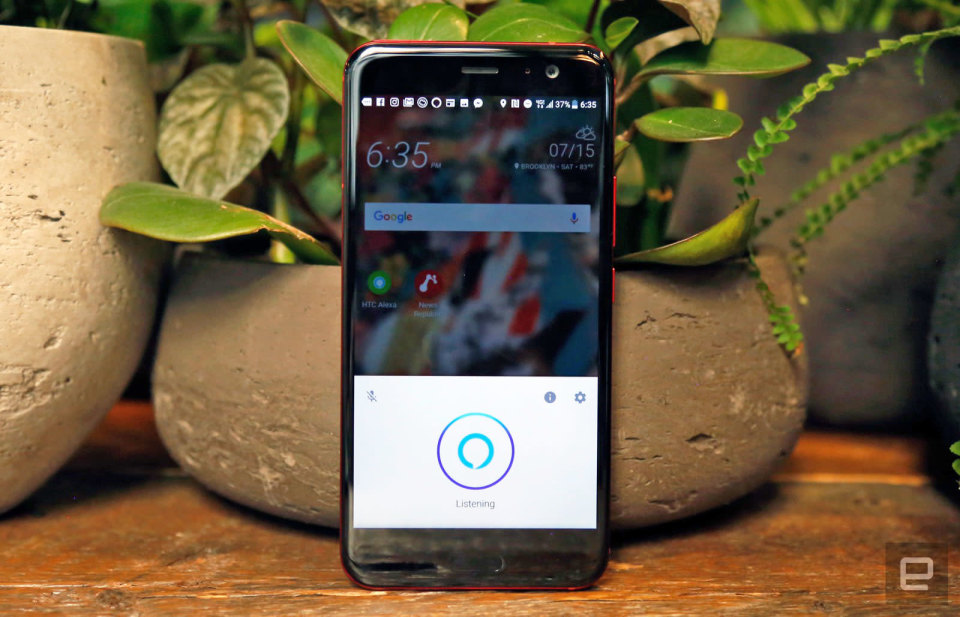 As promised, HTC is finally making it possible for owners of its U11 smartphone to install Amazon's Alexa. Starting today, those in the US who need yet another voice interface can download the HTC Alexa app from the Google Play Store -- we're told localized versions of Alexa are coming to other countries in the coming weeks. For those keeping count, that brings the U11's virtual assistant count to three: Google Assistant is also on-board, along with HTC's non-chatty Sense Companion.

Unsurprisingly, the company doesn't think three assistants are overkill. VP of product planing Nigel Newby-House sees these three options as complementary, and on some level, he's got a point. Sense Companion offers non-spoken suggestions and reminders based on your behavior, and Google Assistant still reigns supreme when it comes to general questions. And Alexa? Well, she's got quite a few skills to tap into -- more than 15,000 in fact.

More importantly, this is the first time Alexa really works the way it should on a smartphone. Remember Huawei's Mate 9? Its Alexa integration felt unsatisfying because wake-words didn't work the way you'd expect. Talking to Alexa required launching a Huawei Alexa app first -- so much for having a hands-free assistant. Once installed, just saying Alexa's name within earshot of the U11 is all it takes to get her attention. I've found no real difference between what Alexa can do on the U11 versus an Echo or Echo Dot. I haven't been able to test those thousands Alexa skills, but the ones I use most regularly all work just fine.

I spent much of the weekend listening to the U11 play the audiobooks and music I craved, and occasionally asking for cat jokes and attempting 7-minute workouts. (You know, because those last two things go together so well.) Hardly anything went iffy during testing, and the things that did were understandable consequences of squeezing Alexa into a phone. Iffy mobile data connections sometimes delayed Alexa's (normally quick) responses, and since the U11 lacks the Echo's far-field microphone array, I sometimes had to yell for Alexa to notice me when I wasn't close. My only real complaint: if HTC's Alexa app can't recognize what you're saying, it keeps the screen on until you tap the microphone icon to try again or dismiss the Alexa window.

Since the U11 supports dual wake-words, calling out to Google Assistant and Alexa separately works like a charm. And given the U11's fondness for squeezing, it's probably no surprise the phone's Edge Sense can also be used to activate Alexa, too. This doesn't just feel gimmicky -- it sort of defeats Alexa's entire purpose. Still, more options are always appreciated, and its touches like these that help set HTC's approach to Alexa apart from the pack. That pack is still admittedly pretty small, but that won't be the case for long -- we already know Motorola is bringing Alexa to its smartphones, and we'd be shocked if they were the last.

In this article: ai, alexa, amazon, android, app, assistant, gear, htc, mobile, smartphone, u11, update, virtualassistant
All products recommended by Engadget are selected by our editorial team, independent of our parent company. Some of our stories include affiliate links. If you buy something through one of these links, we may earn an affiliate commission.