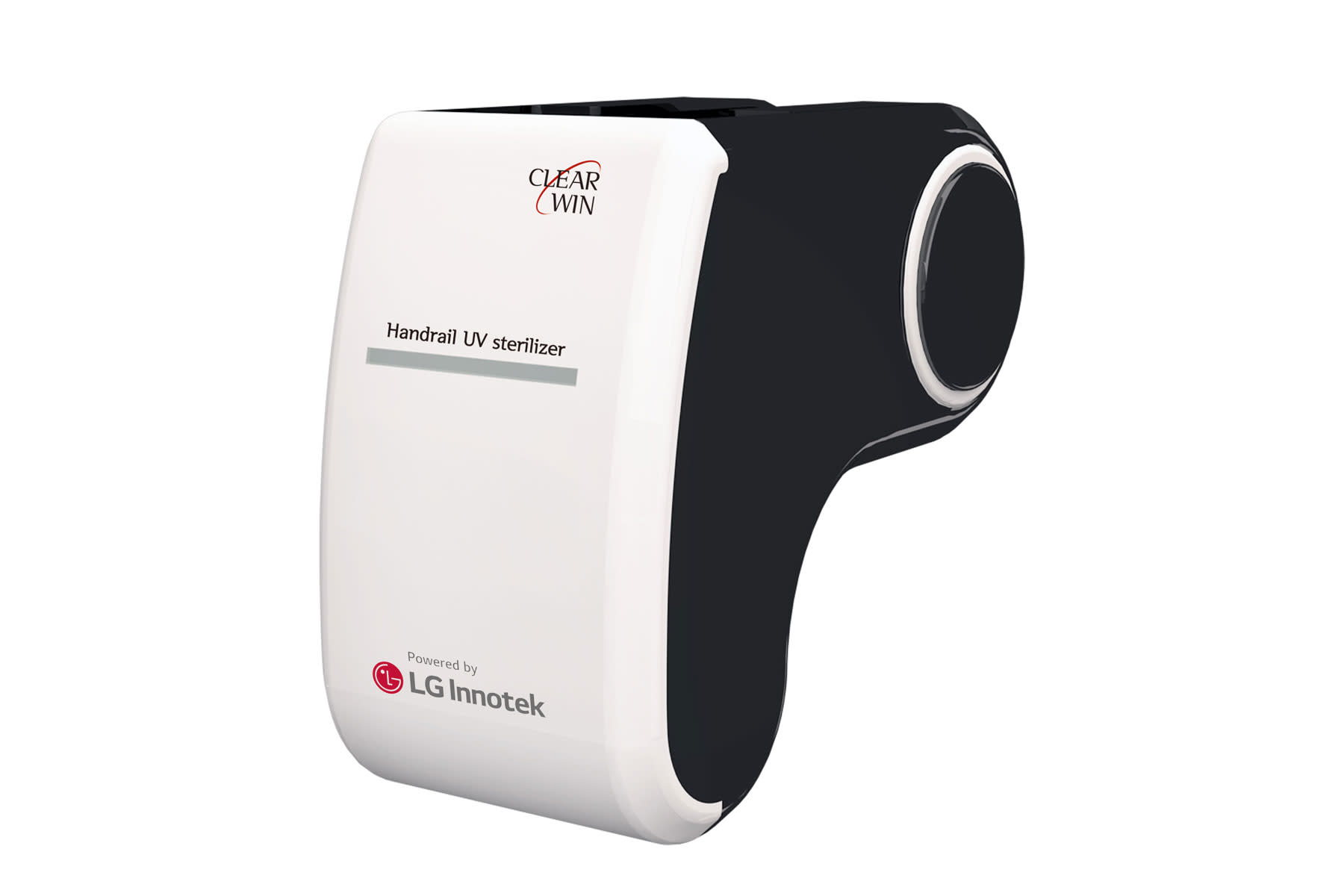 You know what's a real cesspit of sickness, disease and transmittable maladies? The moving handrails that you find on escalators and moving walkways. It's why LG's electronics arm, Innotek, has spent time and money building a device that can banish other people's hand sweat and germs from the rubber strip. The LG Handrail UV LED Sterilizer, as the name implies, sits over the handrail and uses ultraviolet light to continuously disinfect the rail.

The move won't just improve public health, it'll also make escalators safer by giving germophobes a reason to grab the handrail. As with so many devices that do a similar job, LG claims that it'll banish 99.9 percent of germs, and should be installed just before folks put their hands down. In addition, the device is easily retrofitted onto existing escalators, since it draws power from the mechanical energy rather than wiring.

Right now, the company is merely making an announcement that the product exists, but you can bet it'll turn up in modern airports and subway stations in the near future. Until then, however, that portable bottle of Purell you keep on your backpack will still have some use.

In this article: gadgetry, gadgets, Golgafrincham, Handrail, Innotek, lg, LGInnotek, Sanitizer, tomorrow, Ultraviolet
All products recommended by Engadget are selected by our editorial team, independent of our parent company. Some of our stories include affiliate links. If you buy something through one of these links, we may earn an affiliate commission.