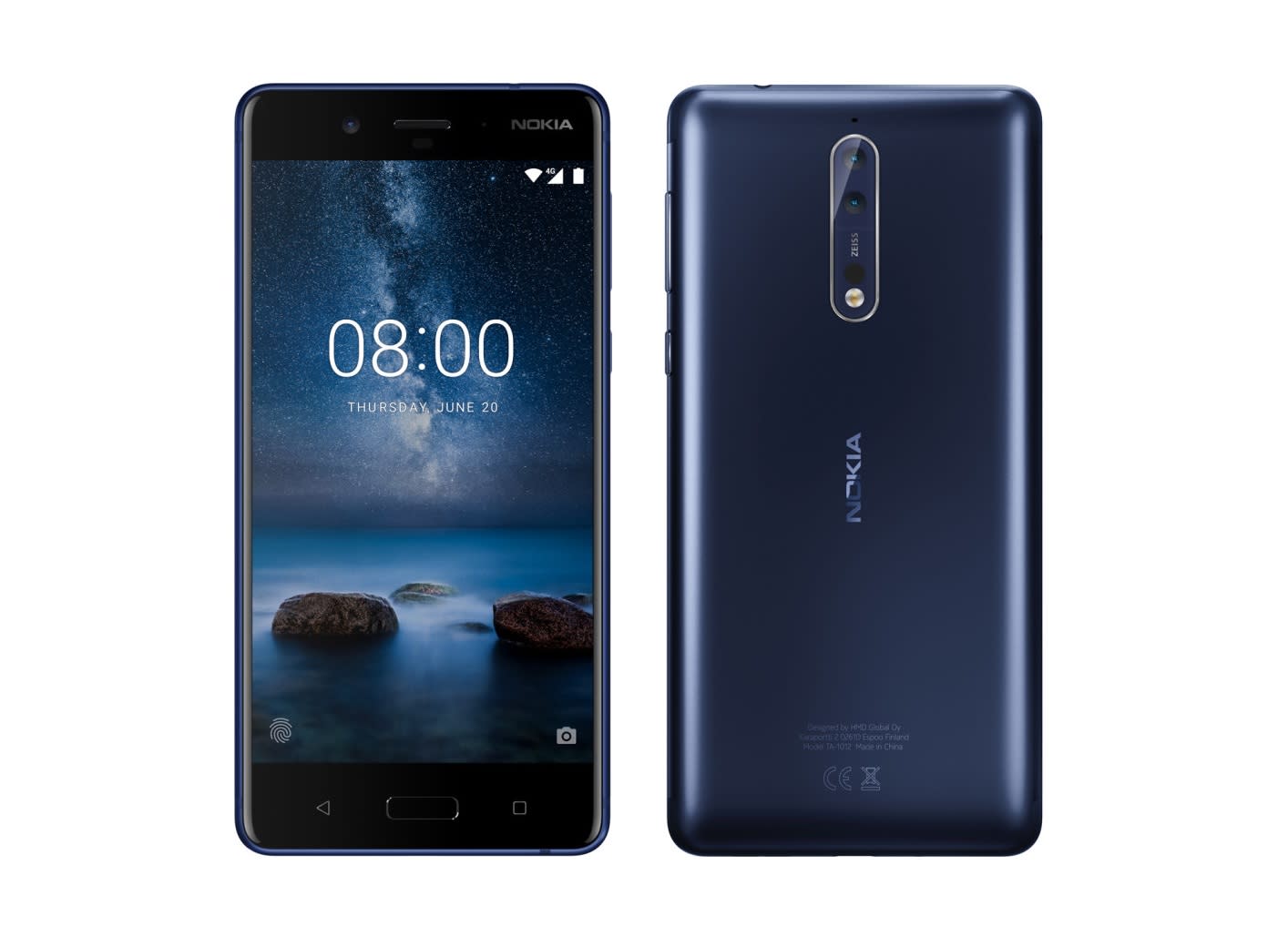 Finnish startup HMD Global resurrected the Nokia name with a new line of Android smartphones unveiled back in February. Undaunted by lack of carrier deals, they've kept expanding it throughout the year, including releasing the Nokia 6 in the US back in June. But a few leaks have revealed images of and specs for the next smartphone in the series, the powered-up Nokia 8, which looks to be HMD's first stab at a higher-end smartphone. And yes, it will reportedly come with Zeiss optics.

The Nokia 8 first appeared by accident when a company photographer erroneously uploaded a short video containing it and another as-yet unannounced smartphone (possibly the Nokia 9). The fine print on the phone render above marks its model as HMD TA-1012, which has corresponding benchmarks. Reportedly, the phone will be powered by a Snapdragon 835 processor and sport dual rear-facing cameras.

German site WinFuture referred to the Nokia 8 with a different model number, TA-1004, but otherwise confirmed those details. Sources told them the phone would retail for just under 600 euros, and noted it would likely be available to purchase on July 31st.

In this article: gear, hmd, hmdglobal, leak, mobile, nokia, Nokia8, smartphone, TL17NOKI
All products recommended by Engadget are selected by our editorial team, independent of our parent company. Some of our stories include affiliate links. If you buy something through one of these links, we may earn an affiliate commission.