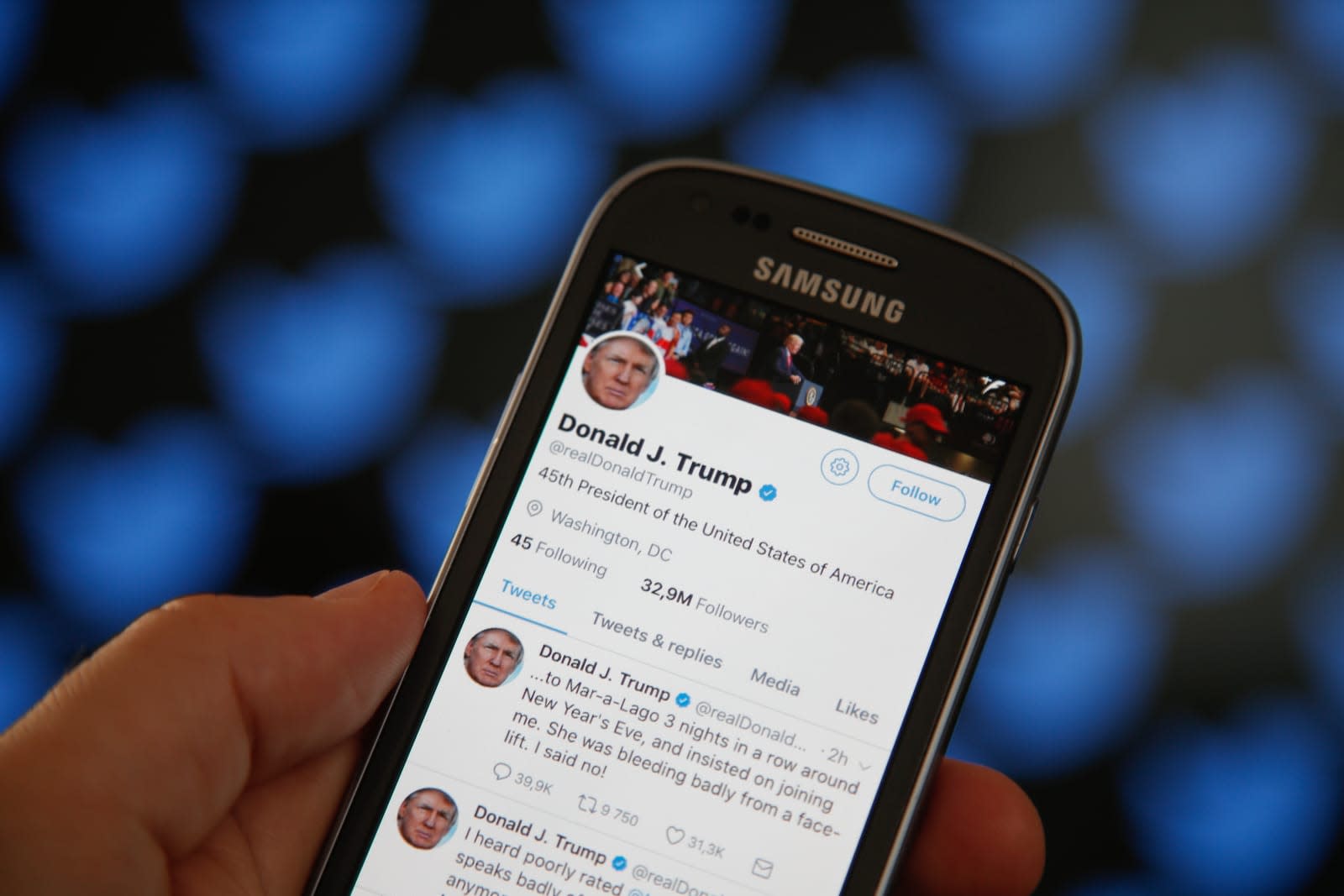 Do you think President Trump's penchant for Twitter diatribes is doing more harm than good? You're not alone... in fact, you might be in the majority. ABC News and the Washington Post have conducted a national poll suggesting that 67 of Americans disapprove of Trump's use of Twitter. They're more likely to use negative descriptions of his behavior, such as "dangerous," "insulting," and "inappropriate," and unlikely to use positives like "interesting," "effective" and "refreshing." And no, this isn't as skewed by political leanings as you might think: only 41 percent of Republican supporters believe the tweets are refreshing, for instance.

The news outlets add that the the value of Trump's Twitter use drops sharply among anyone who isn't a white man. About 78 percent of women call his tweets inappropriate versus 58 percent of men, while 65 percent of non-white people see them as dangerous versus 46 percent for whites.

It's important to take the poll with a grain of salt. While ABC and WaPo used scientific methods, they covered only 1,001 random people -- that's a decent poll size, but it's not guaranteed to extrapolate to the American voting population. Also, Republicans were a relative minority at 23 percent of respondents versus 35 percent Democrats and 35 percent independents. While that won't necessarily change some figures, it's not a perfect microcosm of American voting habits.

And of course, there's a simple reality: whatever the poll indicates is unlikely to sway minds. Trump certainly won't alter his behavior (unless lawsuits dictate otherwise) given his record of dismissing all negative polls. Likewise, your view will depend in large part on whether or not you agree with Trump's tweets in the first place. The one certainty from the poll is that Trump's use of Twitter is far more contentious than that of his predecessor.

In this article: donaldtrump, gear, internet, politics, poll, president, socialnetwork, socialnetworking, trump, twitter
All products recommended by Engadget are selected by our editorial team, independent of our parent company. Some of our stories include affiliate links. If you buy something through one of these links, we may earn an affiliate commission.