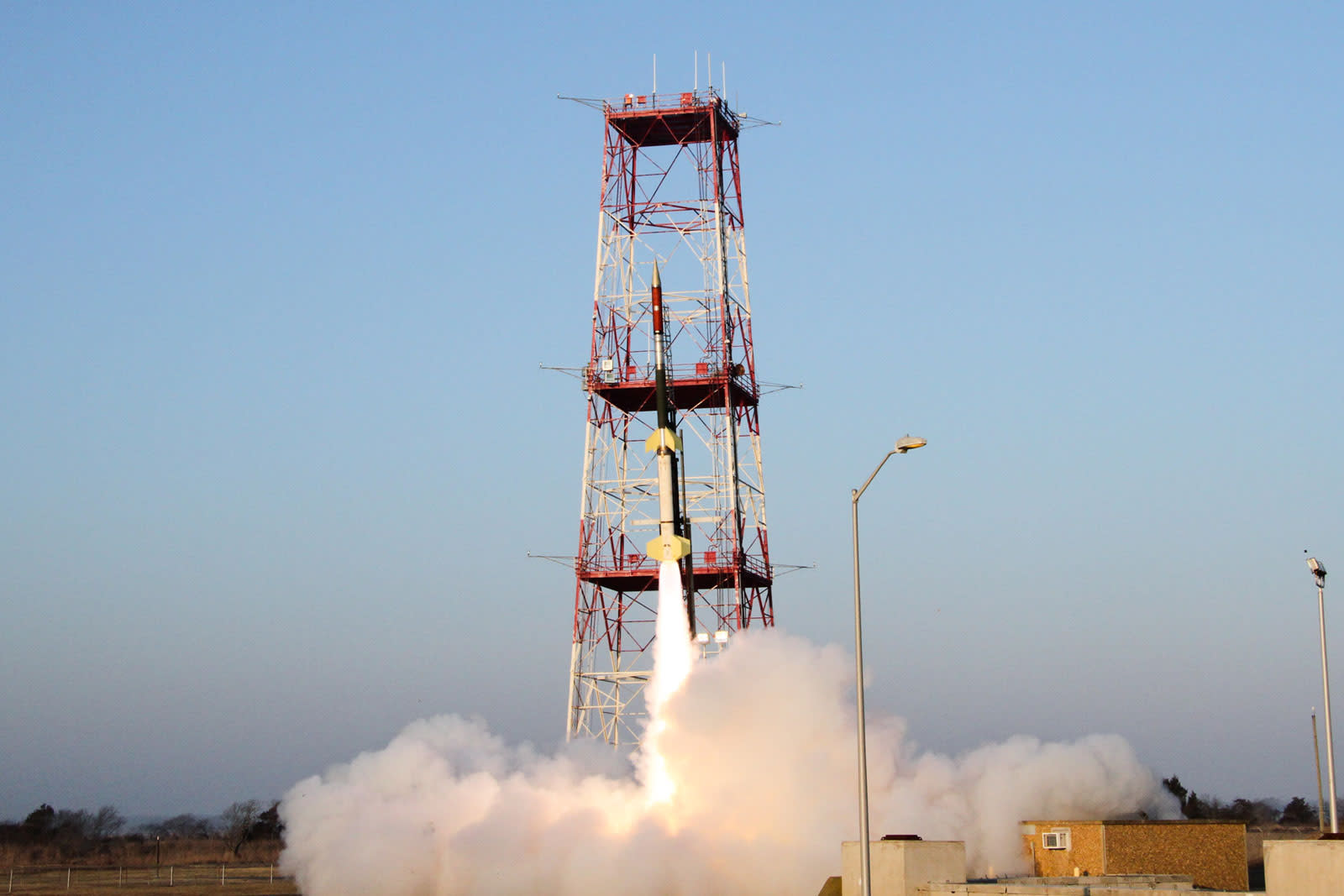 The US and its allies are determined to be first out of the gate with hypersonic weapons, and they've just taken a big stride forward in that regard... not that they're saying much about it. Both the US and Australia have confirmed that they recently completed a series of mysterious hypersonic missile tests. All the countries will say is that the flights were successful, and that they represented "significant milestones" in testing everything from the design assembly to the control mechanisms. They won't even say which vehicles were used or how quickly they traveled, although past tests have usually relied on Terrier Orion rockets (above) and have reached speeds as high as Mach 8.

The tests are part of the long-running HIFiRE (Hypersonic International Flight Research Experimentation) program, whose first launch took place way back in 2009. They should help bring hypersonic flight to a "range of applications," according to HIFiRE partner BAE. That could easily include ultra-fast aircraft, but it's widely believed the focus here is on missiles and similar unmanned weapons. A hypersonic missile would fulfill the US military's goal of building a conventional weapon that can strike anywhere within an hour, and it would be virtually impossible to stop using existing missile defenses. In theory, enemy nations wouldn't dare attack if they knew they'd face certain retaliation within minutes.

In this article: australia, gadgetry, gadgets, gear, hifire, hypersonic, missile, rocket, scramjet, terrierorion, us, wargadget
All products recommended by Engadget are selected by our editorial team, independent of our parent company. Some of our stories include affiliate links. If you buy something through one of these links, we may earn an affiliate commission.