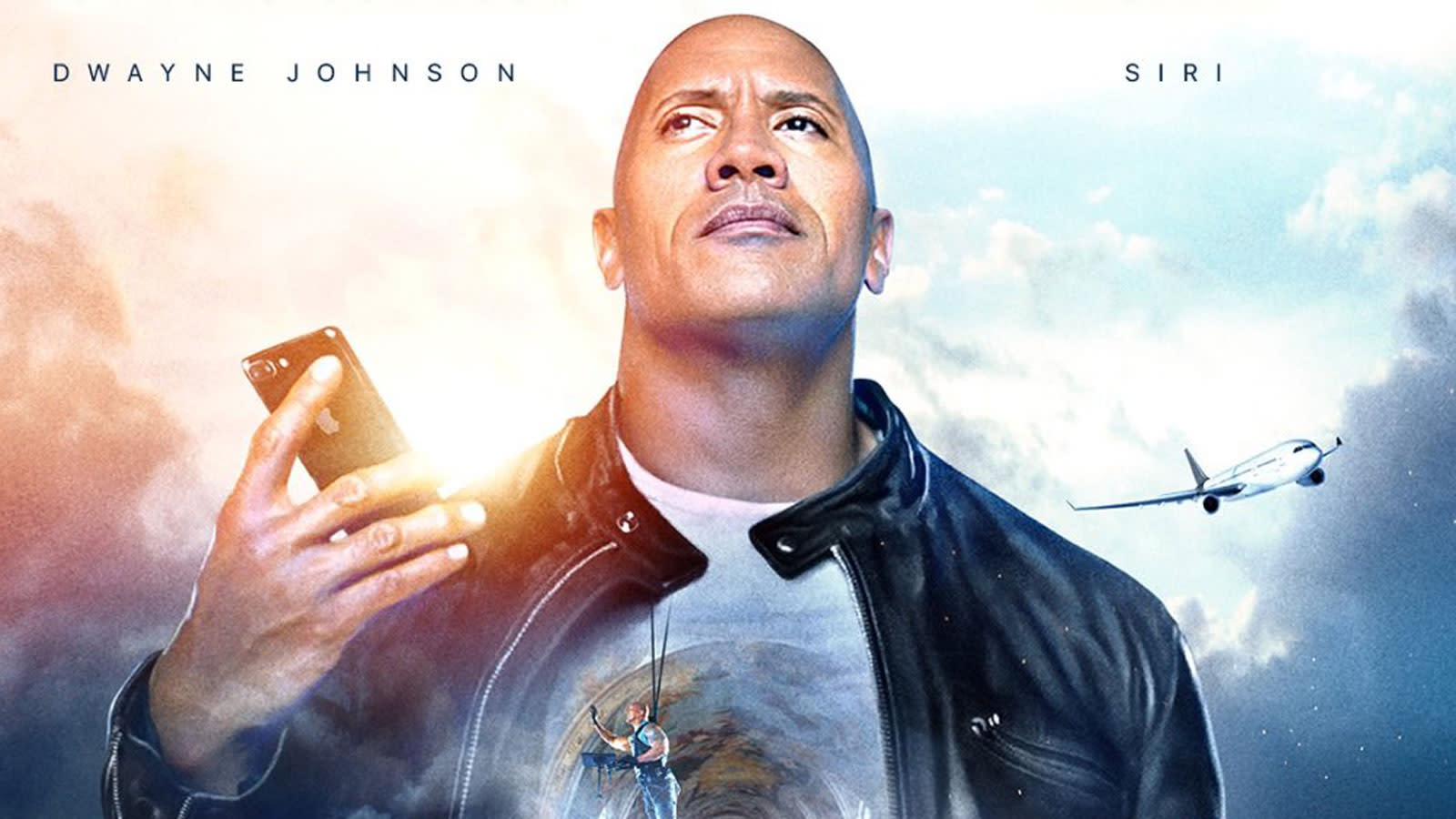 Now here's something you probably didn't see coming. Dwayne "The Rock" Johnson has revealed that he's starring in a Siri-themed movie (The Rock x Siri) that launches July 24th on Apple's YouTube channel. He's shy about details (other than that it's the "coolest, sexiest, funnest" movie ever), but it's safe to say there will be some plugs for Apple's voice assistant. We've asked Apple if it can elaborate on the premise.

It's not hard to see why Apple would go to the lengths of crafting a movie with an A-list celeb (even if it's ultimately a glorified commercial). Siri is about to become particularly important to Apple's bottom line thanks to the HomePod, and a high-profile video might boost the AI helper's image as it competes with the likes of Amazon's Alexa and Google Assistant.

Update: It's live now. The gist: Johnson takes it upon himself to one-up... himself, using Siri to travel around the world (and above it) accomplishing feats. Yes, it's ultimately a long-form ad, but there have definitely been worse vehicles for The Rock's talents.

Teamed w/ @Apple to make the biggest, coolest, sexiest, funnest (is that a word?) movie ever. Drops TOMORROW!#ROCKxSIRI #DominateYourDay✊🏾 pic.twitter.com/STwlCPsVUh

In this article: apple, av, dwaynejohnson, entertainment, internet, mobile, movie, movies, siri, streaming, therock, therockxsiri, video
All products recommended by Engadget are selected by our editorial team, independent of our parent company. Some of our stories include affiliate links. If you buy something through one of these links, we may earn an affiliate commission.