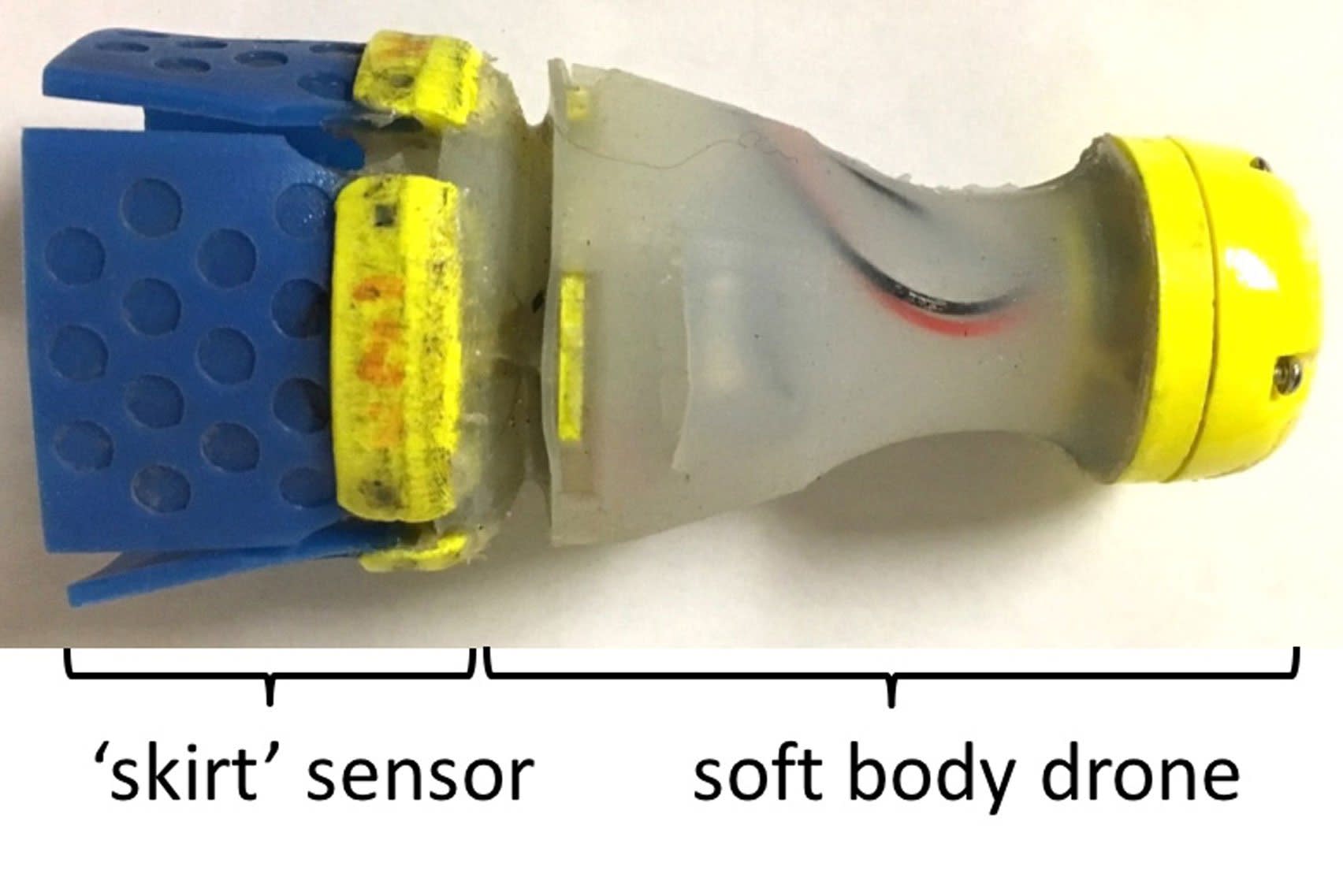 Twenty percent of fresh water around the world is lost to leaks, but finding tiny pipe defects is nearly impossible -- especially in non-metal ones used in the developing world. MIT researchers have come up with a tiny, badminton bird shaped robot that can cruise through water distribution systems and find smaller leaks than other systems can. The tech could lead to search-and-repair systems that stop water shortages and catch leaks that can cause structural damage.

MIT's group has been developing the 'bot, which works without digging or service interruptions, for the last nine years. Made mostly of rubber, PipeGuard moves passively through water mains, logging its location as it goes. It can detect leaks via subtle pressures at the edge of its "skirt" sensor, which expands to fill the entire pipe. It can be inserted and retrieved from water distribution systems via fire hydrants.

During recent trials in Saudi Arabia, it completed 14 out of 14 successful trial inspections on a rusty, two-inch pipe with bends, T-joints and connections. It was able to find the location of a leak that was about one-tenth the size detectable by current systems, around one gallon per minute.

Saudi Arabia sponsored the tests because it produces drinking water via expensive desalination plants, and a third of the supply is lost in distribution. The problem is nearly as bad with plastic pipes used in China and elsewhere. "In those new pipe systems, there is still about 30 percent of water lost due to leaks every day," said the CEO of a plastic pipe adhesive manufacturer. "Currently there is not an effective tool to locate leaks in those plastic pipes, and MIT's PipeGuard robot is the disruptive change we have been looking for."

The team next plans to test the system on larger 12-inch concrete pipes in Monterrey, Mexico, which leak up to 40 percent of their fresh water. After that, the team will test an expandable system that can adapt to different pipe diameters, like the mix of 6-, 8- and 12-inch pipes under Boston streets.

Ultimately, the goal is to prevent water loss and damage. "The force of water flowing from underground can do serious structural damage undermining streets, flooding houses and damaging other utilities," said Cambridge, Massachusetts water department engineering director Mark Galager. " The ability of this system to detect much smaller leaks could enable early detection and repair, long before serious pipe breaks occur."