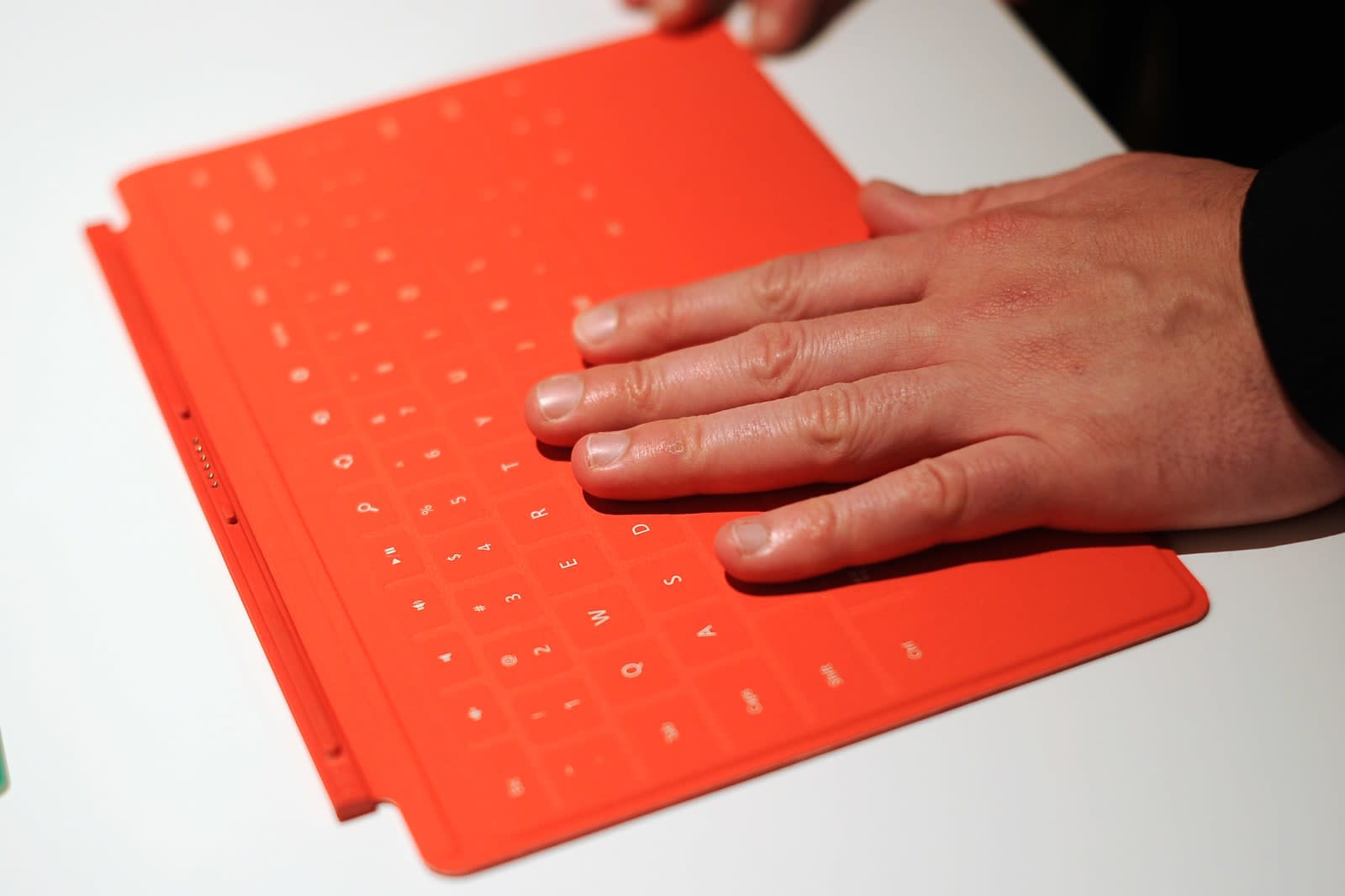 You might not have any inclination to buy a Surface Pro tablet if you're an iPad owner, but Microsoft may be happy to sell you the keyboard portion. WinFuture has noticed that Microsoft posted a battery document mentioning an unannounced iPad Touch Cover. The file reveals precious little about the peripheral, but its name harkens back to the Surface Touch Covers that Microsoft used to sell -- the emphasis here would be on thinness over the tactile feel of a Type Cover. The inclusion of a battery and the April timing of the document suggests that it uses Bluetooth and targets the entry-level iPad, although we're not ruling out a Smart Connector attachment for the iPad Pro crowd.

We've asked Microsoft about the iPad Touch Cover and will let you know what it can say. It's unclear if or when this keyboard will ship. It could be a leak for a product that's on the way, or it could be the traces of cancelled plans.

It might seem odd for Microsoft to make an iPad keyboard. Doesn't it want to give iPad users more reasons to jump ship? However, there are some reasons why it might want to serve the Apple tablet community. To start, there's simply the matter of reaching a wider audience: the iPad is still a strong seller, and Microsoft might want to profit from its tablet arch-rival rather than leave money on the table. Also, it may see underserved parts of the iPad market.

If this does target the starter iPad, it would provide a slick keyboard cover to people who would otherwise have to be content with laptop-style cases and fully detached keyboards. Microsoft hasn't made a Surface approaching the basic iPad's price in a long time, so it wouldn't lose much if any business by making a Touch Cover for that demographic. And if there's an iPad Pro model? It'd still serve an untapped market. Apple's Smart Keyboard is clearly targeted at people who intend to use the iPad Pro as a pseudo-laptop most of the time, while a thinner and simpler Touch Cover might be more appealing to those who only occasionally crave a physical keyboard.

In this article: accessories, gear, ipad, ipadpro, microsoft, mobile, peripherals, smartconnector, tablet, touchcover
All products recommended by Engadget are selected by our editorial team, independent of our parent company. Some of our stories include affiliate links. If you buy something through one of these links, we may earn an affiliate commission.