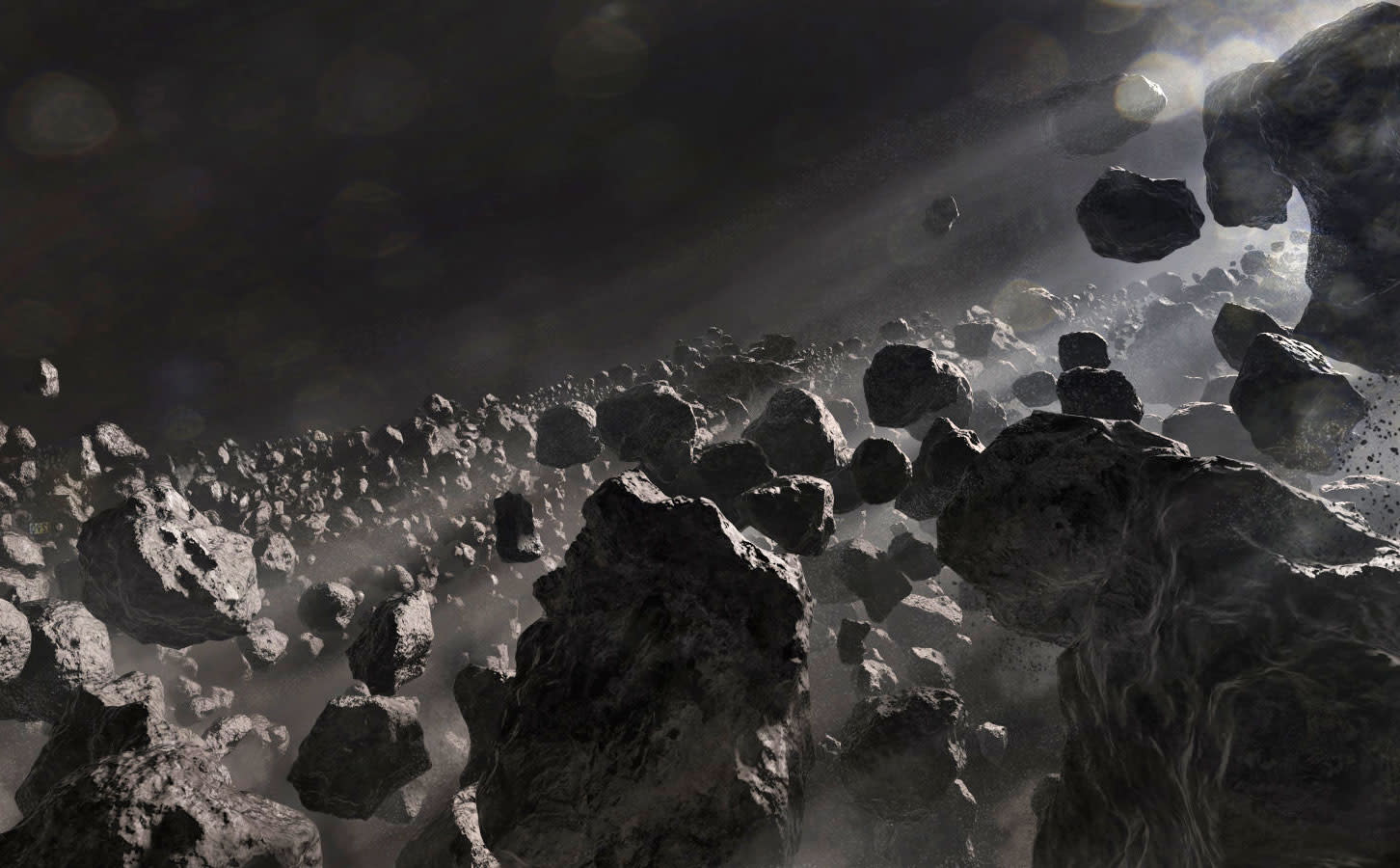 To date, astronomers haven't seen asteroid families (that is, asteroids with a common source) in the Solar System older than about 3 billion years -- well after the star system came to be 4.5 billion years ago. However, they'll have to rethink their expectations. Researchers studying asteroid data (including infrared radiation from the WISE space telescope) have found an asteroid family that's over 4 billion years years old, and likely as old as the Solar System itself. The trick was to both rule out existing asteroid families and look for the telltale signs of a very, very old group of rocks.

As Gizmodo notes, the scientists used a process of elimination to focus their attention on the handful of asteroids that couldn't be linked to families, but shared similar albedos (reflection factor). It wasn't hard to tell that they were 'dark' asteroids whose primitive material composition and large size indicated they were born in the Solar System's early days, when huge collisions were par for the course.

The findings at once validate and challenge notions of what the early Solar System was like. They support the notion of a far larger asteroid belt with some of the larger planets (Jupiter, Saturn, Uranus and Neptune) closer to the Sun. However, they also raise questions: what does it mean that asteroids formed when the Solar System looked much different than it does now? And what can we learn about the very beginnings of our cosmic home? There's a lot more work to be done to get better answers, but this is an intriguing start.

In this article: asteroid, gear, neowise, solarsystem, space, wise
All products recommended by Engadget are selected by our editorial team, independent of our parent company. Some of our stories include affiliate links. If you buy something through one of these links, we may earn an affiliate commission.