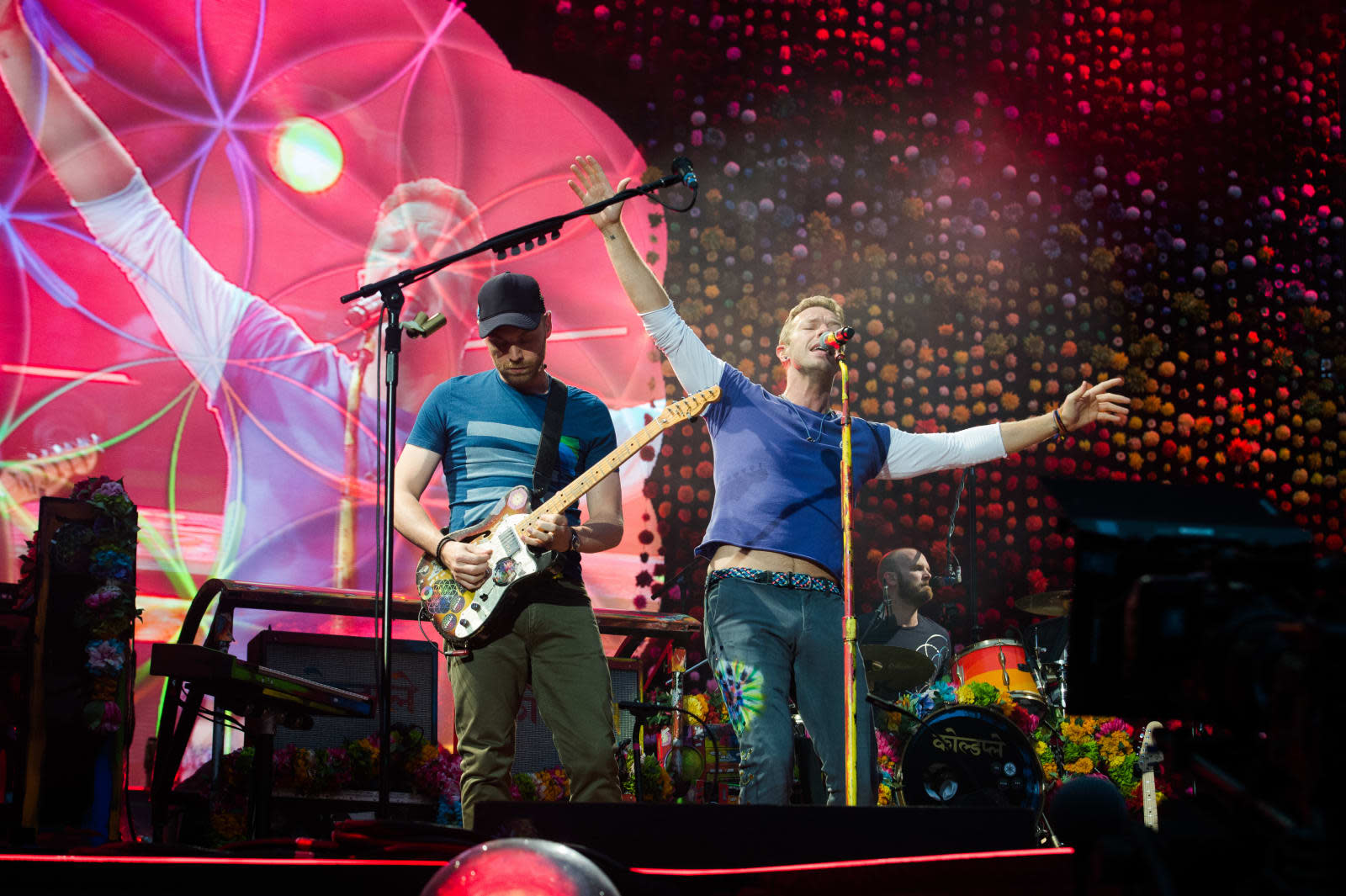 If you weren't already convinced that live VR concerts are hitting the mainstream, you might be now. Samsung is partnering with Live Nation (which is no stranger to the concept) to offer a Coldplay concert in VR on August 17th at 9:30PM Eastern. If you have a Gear VR headset, you can watch Chris Martin and crew take to the stage in Chicago with an extra level of immersion. There will also be a replay available "for a limited time" afterward if it clashes with your schedule.

Yes, you can joke about Coldplay embracing VR in a bid to cling to pop culture relevancy, but this could still be important. VR may be catching on, but it's not very mainstream between the higher prices for dedicated headsets and the lack of hugely popular apps. If companies like Live Nation can regularly promise that you'll watch big-name bands as if you were on the stage, you might be more likely to dust off that freebie VR hardware and see what all the fuss is about.

In this article: coldplay, concert, entertainment, gear, gearvr, livenation, livestream, livestreaming, mobile, music, oculus, samsung, video, virtualreality, vr, wearables
All products recommended by Engadget are selected by our editorial team, independent of our parent company. Some of our stories include affiliate links. If you buy something through one of these links, we may earn an affiliate commission.