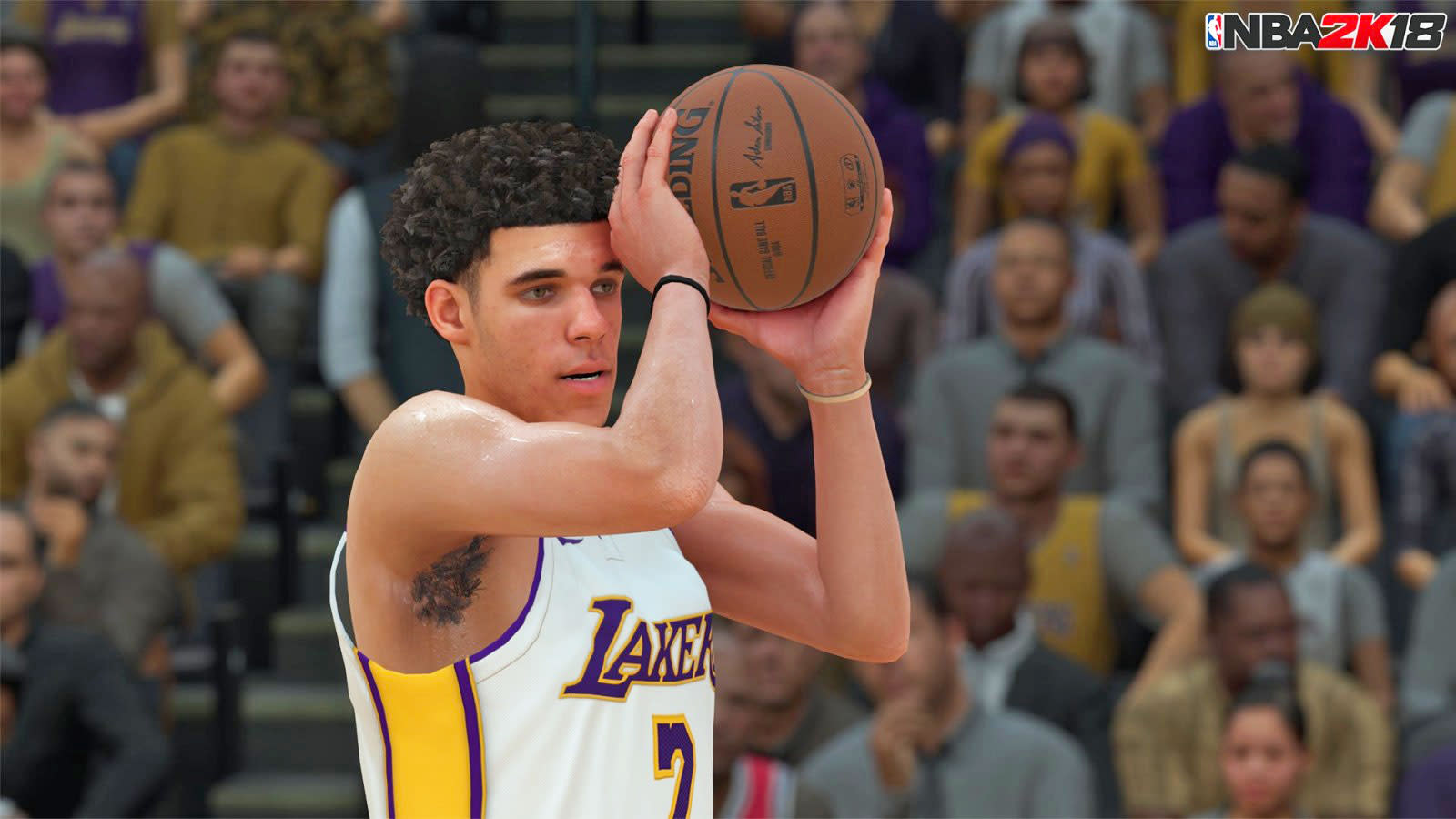 As the fall sports seasons draw closer, we're also getting more information about the fall sports games. NBA 2K18 has highlighted its position as the dominant hoops game -- and squelched the release of NBA Live 18's demo -- by drip feeding tidbits like player ratings and screenshots. This means that not only are players excitedly tweeting out their ratings to start this year's game, but we're also getting a look at what they'll wear on their feet.

We're excited to announce the @bigballerbrand shoes will debut in #NBA2K18 & be laced up on @ZO2_ at NBA Season Tip-Off! pic.twitter.com/X4NcMS1aNH

For the Lakers' attention-grabbing rookie Lonzo Ball, gamers wanted to know if he will wear his family's Big Baller Brand sneakers, or the Kobe A.D.s shown in screenshots so far. Today the NBA 2K Twitter account cleared things up, confirming that his signature shoe will be included when 2K18 hits shelves on September 19th (customers who pre-order can get access starting on the 15th).

Last year 2K took its shoe realism to the next level with 3D-scanned shoes, while this year's game relies on new photo and laser scanning techniques to make sure the player's faces get the same treatment. Before the full game is released, there will be another NBA 2K Prelude demo/MyPlayer teaser released, which is due on September 8th.

NBA 2K18 Player Ratings
In this article: av, BigBallerBrand, entertainment, gaming, LavarBall, LonzoBall, NBA, NBA2K, NBA2K18, shoes, sneakers, sports
All products recommended by Engadget are selected by our editorial team, independent of our parent company. Some of our stories include affiliate links. If you buy something through one of these links, we may earn an affiliate commission.