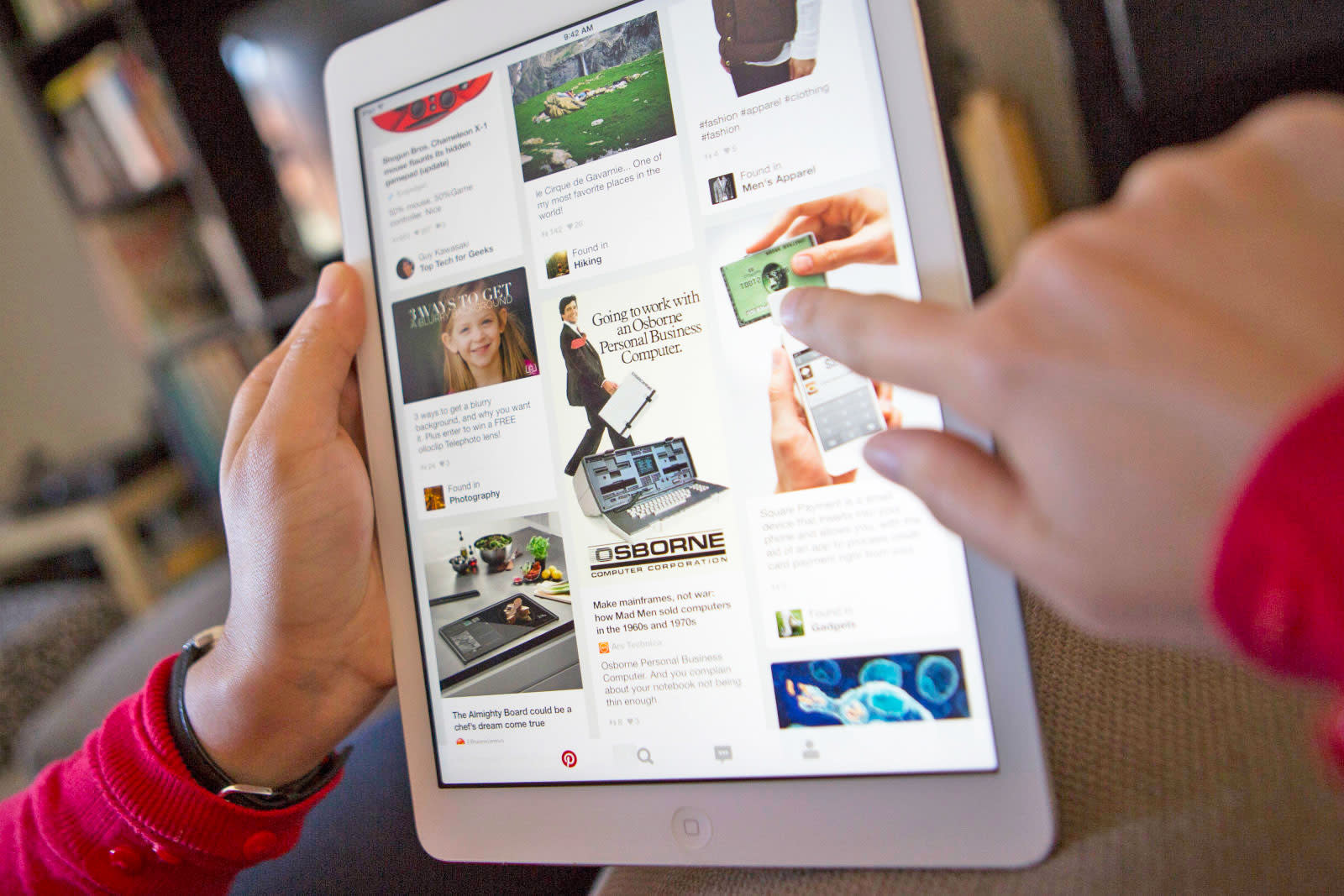 Pinterest is adding a couple of new features to help you get more use out of it. First, the app now (finally) allows you to pinch to zoom in on Pins, which it said in a blog post is one of its most requested features. Not surprising as it has been building itself to be a visual search engine and the lack of zooming ability has been noticeably absent. It has also tweaked its visual search tool, which lets you select an object within a Pin and find items that are similar. The visual search button has been moved and made to be more noticeable. Pinterest says that in tests, 70 percent more people used the tool after the changes were made. Finally, those using visual searches through Chrome don't need to have a Pinterest account to do so any longer.

The app has seen a few changes of late that have given a lot of added functionality. Earlier this year it launched Lens, which allows users to take pictures and then find Pins related to objects in the photo. Updates in May then made it possible to search multiple items in the same pic and find recipes based on photos of food. And recently, Pinterest gave Lens the capability to help users put together outfits and find new clothes they might like.

The new zoom feature starts rolling out to iOS users today and Pinterest says Android users will get access to it soon.

In this article: android, gear, internet, ios, mobile, pinterest, pinterestlens, VisualSearch
All products recommended by Engadget are selected by our editorial team, independent of our parent company. Some of our stories include affiliate links. If you buy something through one of these links, we may earn an affiliate commission.