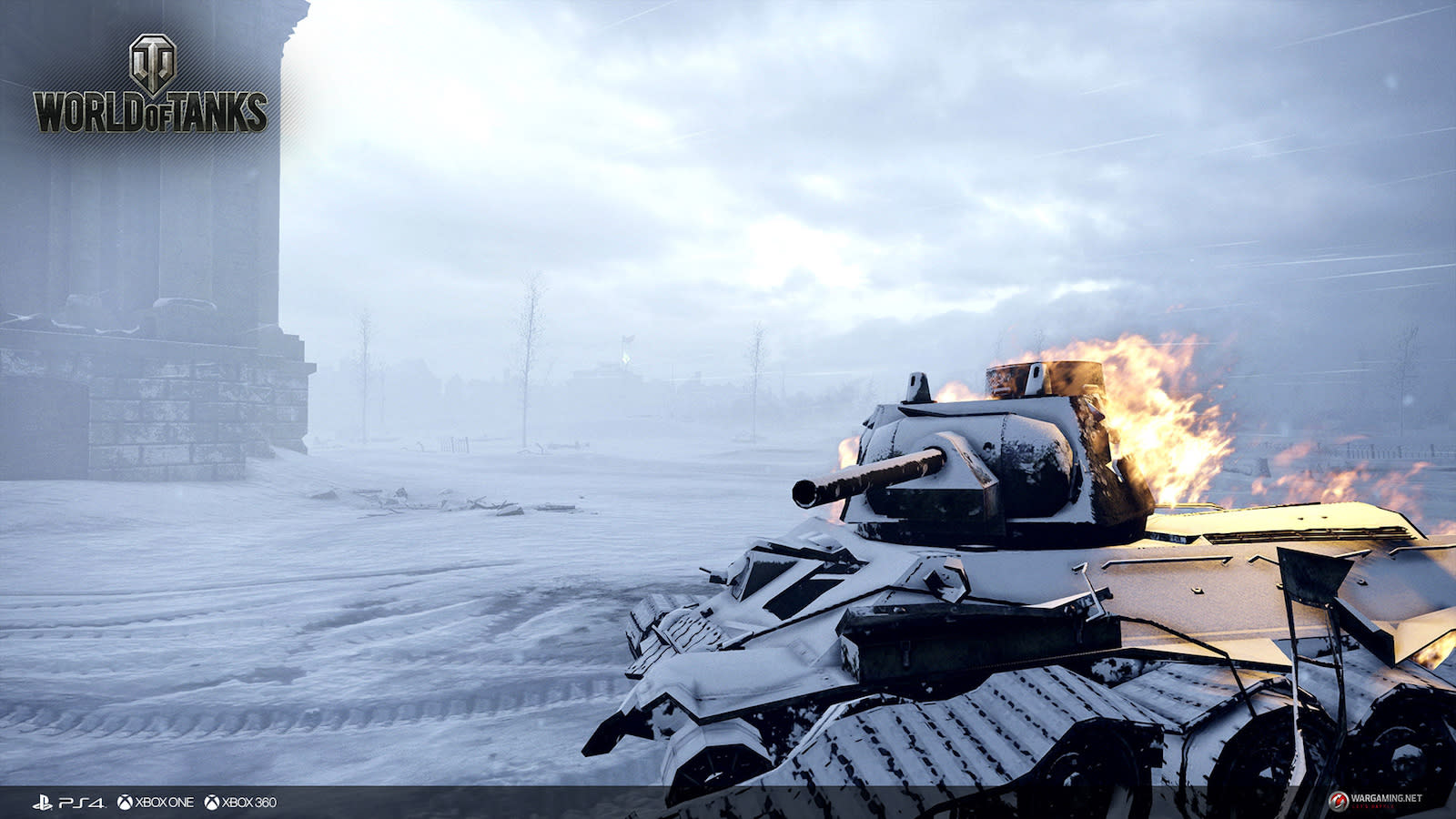 The multi-player competitive game World of Tanks is getting its first single-player campaign mode next week. On August 22nd, Wargaming will release War Stories -- episodic gameplay that users can experience both solo or cooperatively. "As the first campaign series in the World of Tanks universe, War Stories allows us to bring a new narrative to the game and expand on our multiplayer experience with engaging single-player and online Co-op content for our new and longtime tankers," said TJ Wagner, Wargaming creative director, in a statement.

War Stories will have two campaigns and three chapters to start. Brothers in Armor features Red Army soldiers fighting Nazis and serves a training mission to get new players comfortable with all of the game's features. Flashpoint Berlin centers around the Soviet blockade of Berlin and British soldiers trying to get through it. Two more stories are in the works including an invasion of Great Britain and alternate version of the Cuban Missile Crisis. War Stories will be released episodically with Operation Sealion set to release in September and Kennedy's War coming in October.

The new campaign will be available on Xbox 360, Xbox One, Xbox One S and PlayStation 4.

In this article: av, gaming, playstation, video, wargaming, WorldOfTanks, Xbox
All products recommended by Engadget are selected by our editorial team, independent of our parent company. Some of our stories include affiliate links. If you buy something through one of these links, we may earn an affiliate commission.