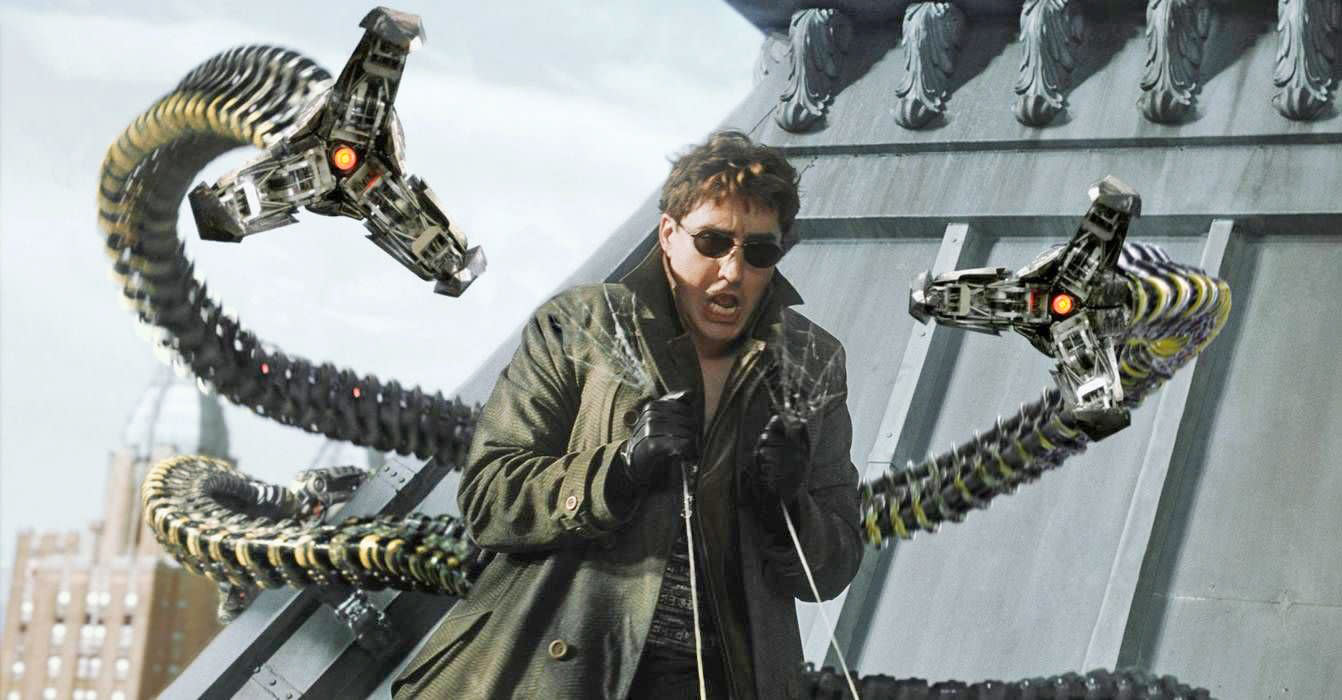 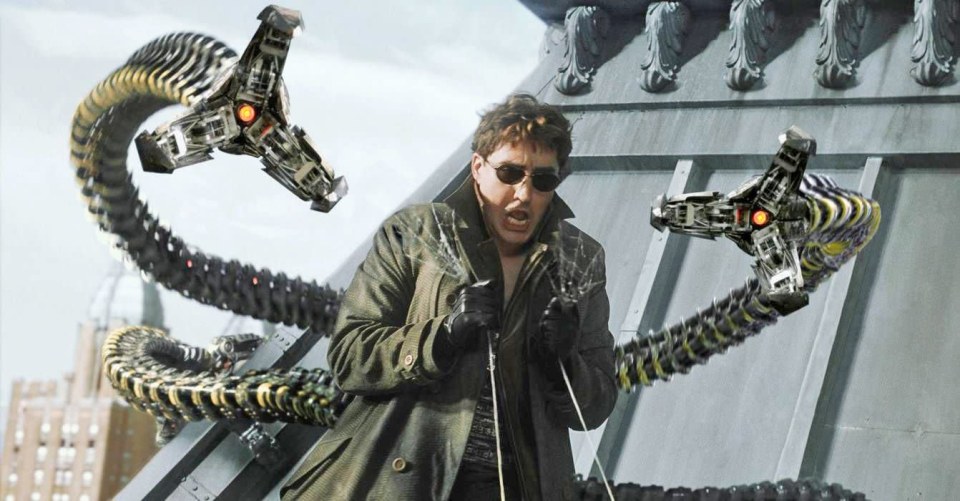 Doctor Otto Octavius may have been a power-mad scientist bent on world domination and the utter ruin of his nemesis, Spider-Man, but the guy had some surprisingly cogent thoughts on prosthetics development. And although mind-controlled supernumerary robotic limbs like Doc Oc's still only exist in the realm of the Marvel Universe, researchers here in reality are getting pretty darn close to creating their own. And in the near future, we'll be strapping on extra appendages whenever we need a helping hand -- or supplemental third thumb.

Supernumerary Robotic Limbs (SRLs) are not prosthetics. They are designed to supplement a person's existing full complement of limbs as opposed to replacing the lost functionality of a missing one. That's not to say that an amputee couldn't use one of these devices, simply that they're meant to be used as add-ons to human protuberances instead of stand-ins for them.

Don't expect to toss cars around like throw pillows while wearing an SRL rig. Well, not initially at least (keep those fingers crossed, though). Rather, they're built to help people perform tasks that would otherwise be irritating, difficult or outright impossible without them -- like twisting a doorknob while carrying armfuls of moving boxes or holding a ceiling panel in place while you nail it in. So, rather than get yourself a helper, you could soon instead get a pair of MIT's shoulder-mounted SRLs.

This 10-pound assistive device sits atop your shoulders like a horse collar so the load is distributed throughout your core instead of being concentrated on your shoulders. Each arm offers five degrees of freedom and can be equipped with a variety of attachments depending on what your use.

As for control, the SRL relies on a pair of inertial measurement units strapped to the user's wrists. It figures out how to best position itself through a demonstrative learning process, so depending on where your hands are, the robot will respond accordingly. It can also be pre-programmed to perform specific actions, like pushing the elevator call button for you if your hands are full.

These aren't the only extra limbs being developed at MIT's d'Arbeloff Laboratory. Teams there are working on SRL systems that can supplement your stance as well. Boeing helped develop one such device, which is worn around the waist and designed to help with aircraft assembly -- specifically to prevent repetitive stress injuries. Its "arms" can either be used to help the assembly worker brace themselves while they work with a piece of fuselage or convert into "legs" that can support the worker's body weight. The system can even act as a pair of robotic walking sticks, helping the wearer walk faster and with less effort.

Controlling another pair of appendages can prove to be a challenge. And though we are still at least four years from being able to install "wetworks" and control these limbs with our thoughts, the d'Arbeloff Lab has an interesting solution: Command the SRLs by flexing your pecs.

The team, led by MIT PhD candidate Federico Parietti and engineering professor Harry Asada, developed a sensor vest that receives inputs from the user's pectoral and abdominal muscles. Contracting your left pec moves the left appendage forward, squeezing your left abs to move the appendage back and the same on the other side. This enables the users to reposition the extra arms without having to stop what they're doing with their hands.

Then again, if you're not entirely up to having electrodes affixed to your torso, you could always just control your second pair of hands with your feet, like the research team from Keio University and the University of Tokyo do with its "metalimbs" system. Clenching your toes causes the partnered robotic arm to make a fist while lifting your foot raises its arm. The system is primarily designed to assist amputees though it could eventually prove a boon to multitaskers as well.

The same lab is also toying with a simpler SRL design, dubbed the Aucto, that uses a Granular Jamming Gripper instead of a more complex actuated robot claw. GJGs are essentially a balloon filled with coffee grounds that holds objects, like the name suggests, by jamming itself into crevasses and then solidifying by vacuuming all the air out of the balloon. This design reduces the arm's required degrees of freedom from six to three since you don't need a complicated robot wrist to align the gripper with whatever it's gripping.

Of course, sometimes you don't need a helping hand, just a helping finger... or two. Luckily MIT's still got you covered. Researchers there developed a robotic glove with a pair of long robotic fingers on either side. "You do not need to command the robot, but simply move your fingers naturally," professor of engineering Harry Asada said in a statement. "Then the robotic fingers react and assist your fingers."

The glove's actions are guided by an algorithm that has been trained on a set of specific movement patterns, which inform it as to what the wearer is trying to do. That in turn enables the glove to most effectively position itself to support whatever you're grabbing at. This glove has been in development since 2014 and remains pretty bulky, though the team hopes to eventually miniaturize the mechanism down to the point where it can fit in a wristband and then pop out when needed so you aren't walking around town with 12 fingers.

And if you don't mind a few extra fingers, why not strap on another thumb? Developed by Dani Clode, a graduate student at the Royal College of Art in London, the Third Thumb is a 3D-printed digit powered by a wrist-worn actuator and controlled by a Bluetooth-connected pressure sensor located under your foot. Much like a piano pedal works, stepping on the sensor causes the Third Thumb to contract. With it, users can play cards, cook and cover more of a guitar's fretboard than they would naturally. Unfortunately, this device is still only a prototype so don't expect to be shredding any DragonForce tunes with it in the near future.

These devices, though many are still just prototypes, offer exciting possibilities for human augmentation. Whereas gene-editing techniques like CRISPR are likely to remain ethically tenuous for the foreseeable future, SRLs carry no more stigma than that of conventional prosthetics. In the near future, we may well find ourselves strapping on an extra arm or leg when we need a hand, rather than plying friends with beer and pizza in exchange for their help.

In this article: 3D printing, column, Doctor Octopus, DragonForce, Keio University, London, Marvel Universe, Massachusetts Institute of Technology, Repetitive strain injury, robots, Royal College of Art, Spider-Man, tomorrow, University of Tokyo
All products recommended by Engadget are selected by our editorial team, independent of our parent company. Some of our stories include affiliate links. If you buy something through one of these links, we may earn an affiliate commission.