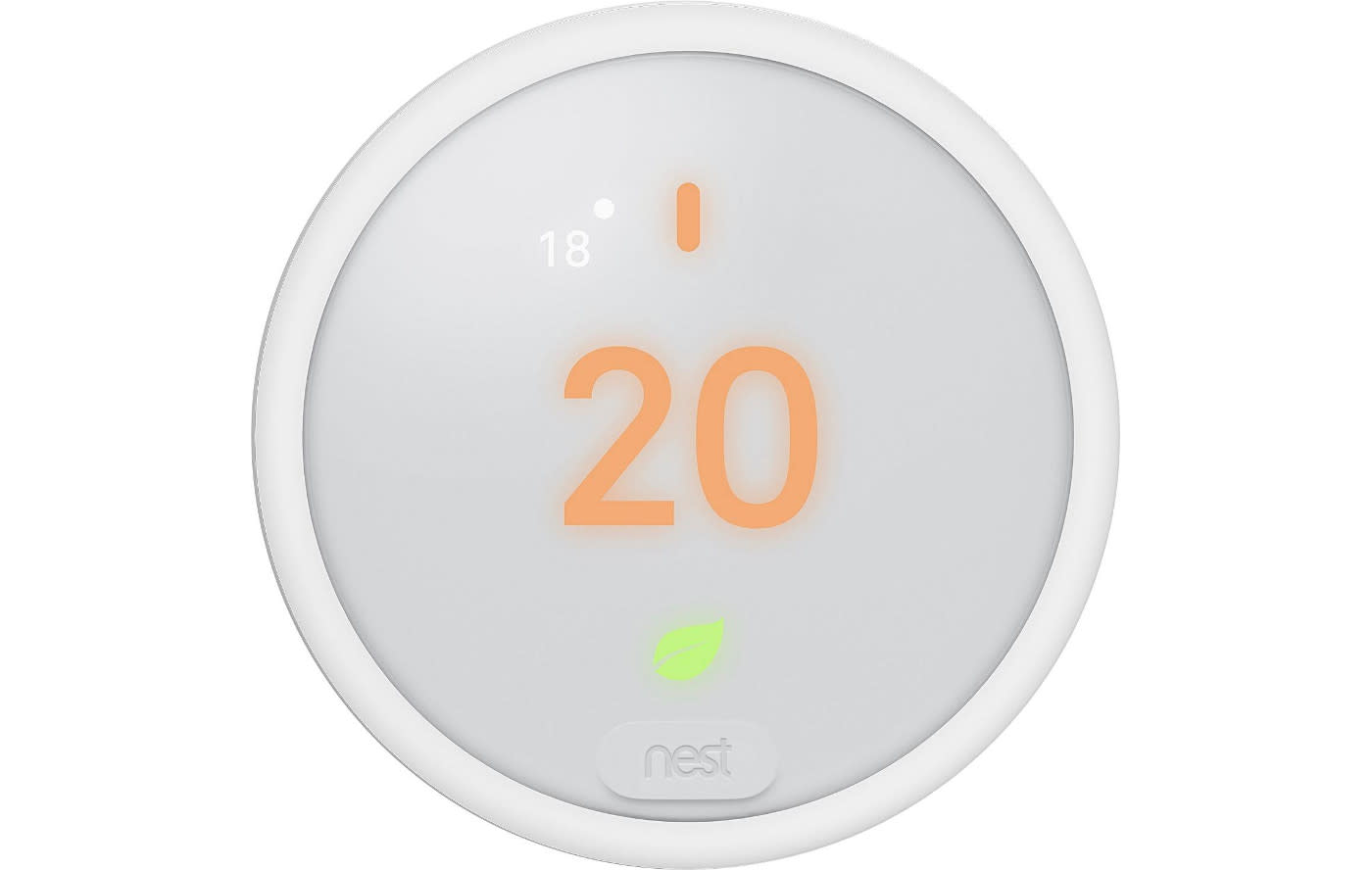 The Nest thermostat's premium looks match its pretty hefty price tag, but if you're cool with a simpler version that can still do the job, you may want to wait it out. Evan Blass, a notable gadget leaker known as evleaks, has tweeted an image of what looks like an unadorned version of the Nest thermostat. Based on its no-frills appearance, it seems to be the sub-$200 version Bloomberg said the Google-owned company is working on. Mark Gurman, the journalist who wrote the piece, even confirmed that it's the cheaper Nest he reported in March.

Unlike the current models, the thermostat in the image doesn't have a metal body or even a traditional LCD -- it's all plastic. The temperatures are displayed as colorful numbers on the white plastic screen, which might or might not be touch-enabled. Bloomberg said the more affordable Nest will (understandably) be equipped with less expensive components and could be available sometime in 2018. We'll just have to wait for more info on what the sub-$200 thermostat can and can't do compared to its more expensive siblings.

I might just move on from phones altogether... pic.twitter.com/6WyLEeUD6A

Here's the cheaper, sub-$200 Nest Thermostat we wrote about in March https://t.co/NcIyrIJ3zK https://t.co/kXBqMxxHnp

In this article: gear, google, home, nest, thermostat
All products recommended by Engadget are selected by our editorial team, independent of our parent company. Some of our stories include affiliate links. If you buy something through one of these links, we may earn an affiliate commission.