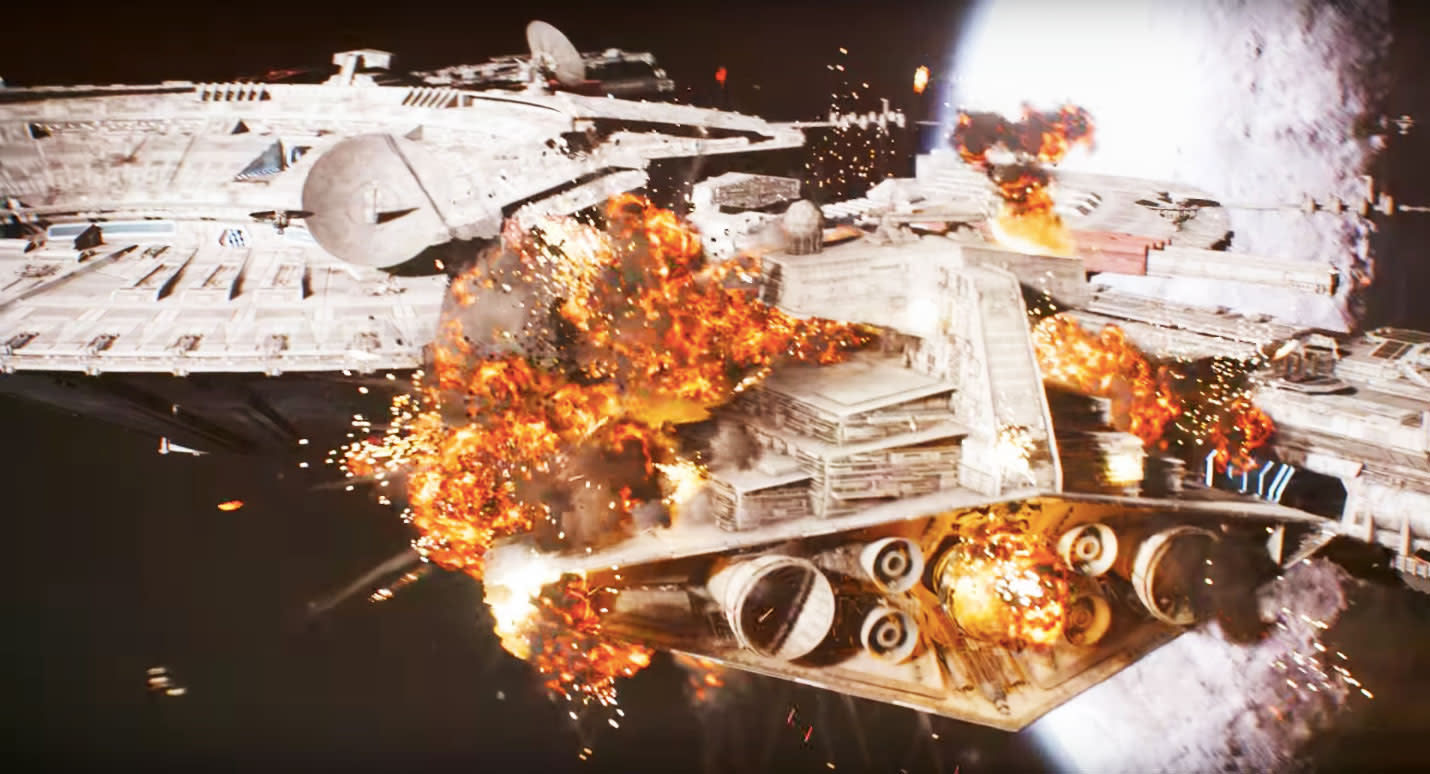 Star Wars: Battlefront II may have a single-player mode -- a first for the series -- but that doesn't mean multiplayer is taking a back seat. Electronic Arts showed off the large-scale, multiplayer Starfighter Assault mode for the first time in a live demonstration at Gamescom, dropping a few details along the way.

Starfighter Assault supports up to 24 players, and it includes class-based ships and objective-driven gameplay. Plus it features classic Star Wars vehicles, such as the Millennium Falcon. The announcement video for Starfighter Assault debuted over the weekend, showing Yoda, Darth Maul, Luke Skywalker and other characters in the cockpits of their preferred spaceships.

Criterion Games, the studio behind Burnout Paradise and Need for Speed: Most Wanted, is building the multiplayer aspect of Battlefront II.

This time around, EA has been emphasizing Battlefront II's brand-new single-player mode, which tells a story from the Galactic Empire's point of view. Things kick off as the Death Star explodes over the battle of Endor, filling in the story just after the end of Star Wars Episode VI: Return of the Jedi.

In this article: av, ea, ElectronicArts, gamescom, gamescom2017, gaming, multiplayer, personal computing, personalcomputing, space, StarWars, starwarsbattlefront2
All products recommended by Engadget are selected by our editorial team, independent of our parent company. Some of our stories include affiliate links. If you buy something through one of these links, we may earn an affiliate commission.