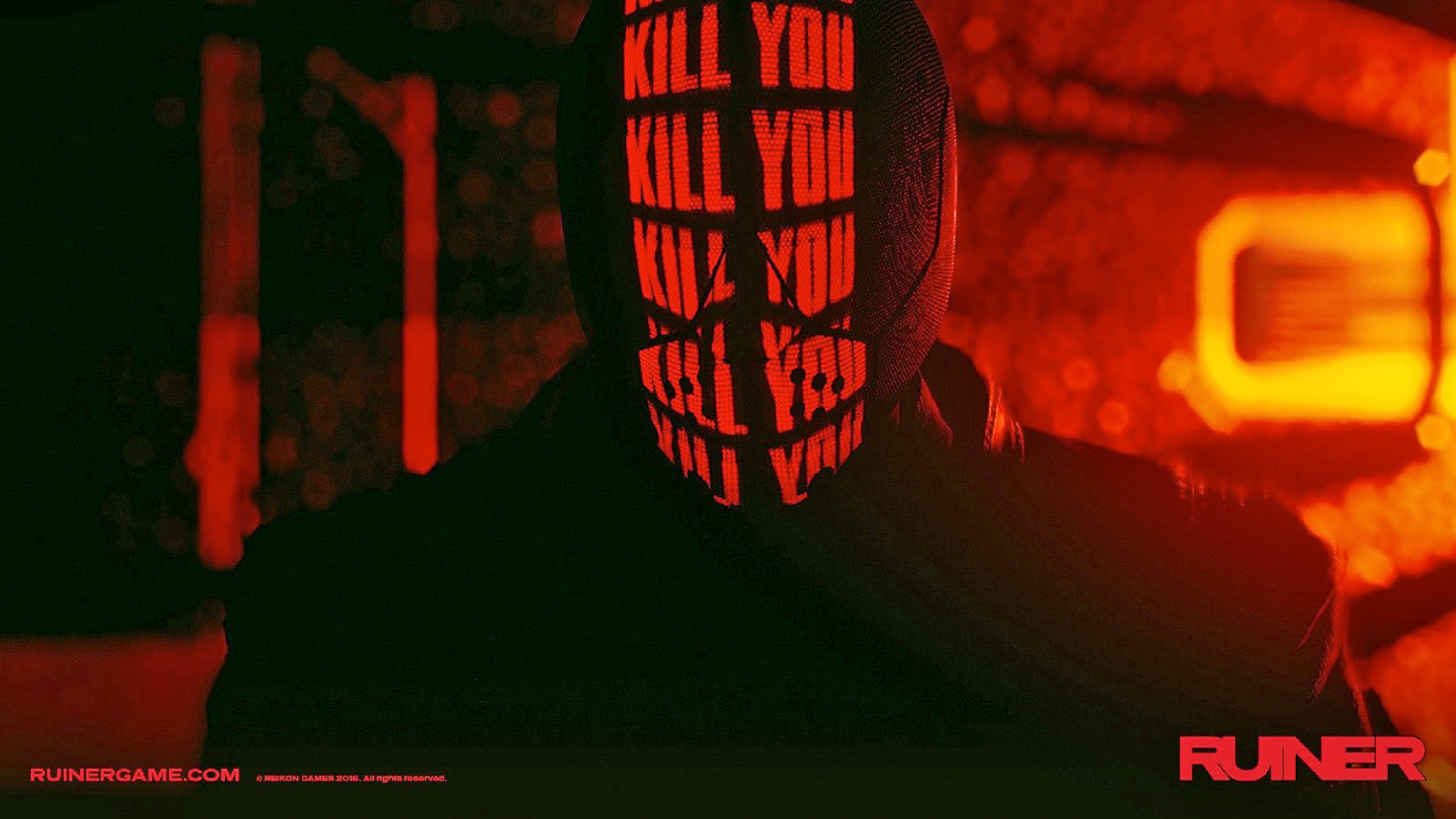 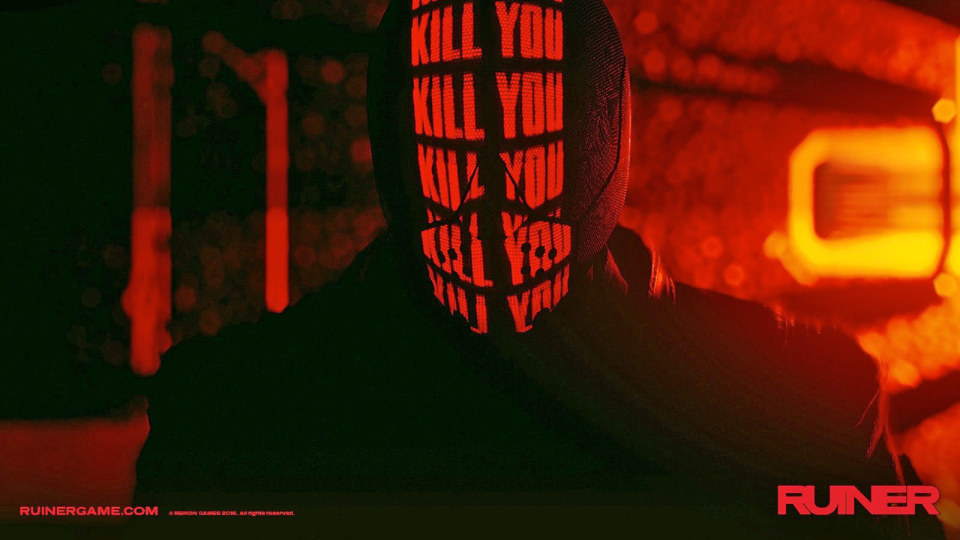 Ruiner might be one of the most eye-catching titles showcased at Gamescom -- something that's hard to achieve when every company is bombarding you with posters, flags and bags at every turn. The aggressive, manga-style protagonist and angry catch copy are difficult to ignore. It's also the first title to come out of Reikon studio, an indie Polish team founded by veteran gamemakers that had previously worked on The Witcher, Shadow Warrior and many more. (I really liked Shadow Warrior, okay?)

Cofounder Magdalena Tomkowicz explains how she had grown tired of big gaming projects and wanted to recover the passion of making a game: This top-down shooter / slasher is the result of that. The Hotline Miami comparisons might be fair at the simplest level, but Ruiner seems to take that top-down gameplay mechanic in a very different direction. Oh, and a bunch of angry techno soundtracks alongside sharp character and environment design help drive things along, even if it can be a little overwhelming at times. Shoot, slash, dash and let the blood splatter. "At first [Ruiner] started off as a sort of cyberpunk Die Hard adventure, where you hacked your way up a building. Even at this point working on early ideas, we thought, 'Wow, this is like a party'", added Tomkowicz. "We then thought of taking the gameplay direction similar to Hotline and we were still looking for a graphics designer. We found Benedict Szneider and showed him some early graphical references. He simply told us: No. Let's do this in a different way," she added. That's how the Ruiner you see here started.

Tomkowicz jokes that for a lot of cyberpunk fans disagree that this can even be the right term. ("Not enough neon blue and pink!") This isn't cyberpunk, then, but it's certainly inspired by it. As you tear your way through corridors and rooms, the environments wouldn't look out of place in Ghost In The Shell or other near-future anime properties. There's some Matrix-esque touches here and there too, but also a lot of run-down dirtiness. Think Syndicate Wars, think the original Alien movie.

The team says it look a lot of inspiration from Japanese animation -- and that layer of misery and grit you'll see smeared across the screen was another part of that. "The game should feel like you're standing on the edge of a bridge, in the middle of the night," explains Tomkowicz, half smiling.

First impressions might suggest a whole lot of mindless slashing and shooting, screen after screen, but there's an elegance to the combat that's hinted at even during the introductory stages: You can pre-assign your "dash" locations to avoid fire, take out a few enemies and reach cover all in one tidy movement.

Not that I could manage that. Coupled with other augments (shields and furthers methods of destruction) and using both analog sticks to steer and shoot, there's a steep learning curve that kept getting me killed.

Yes, the game isn't easy, but I wouldn't call it unforgiving, either. If your anonymous dot matrix-headed protagonist falls, he's swiftly resurrected to a few screens earlier, and you're back in the thick of it. The addictiveness has its drawbacks though -- it's an exhausting game, and I needed a breather after my short demo at Gamescom. As for the team at Reikon, they're still readying the game for PC and console launch September 26th -- then there's DLC incoming and then? "We need to rest," says Tomkowicz.

In this article: art, devolverdigital, gamescom, gamescom2017, gaming, hands-on, robots, ruiner, video
All products recommended by Engadget are selected by our editorial team, independent of our parent company. Some of our stories include affiliate links. If you buy something through one of these links, we may earn an affiliate commission.