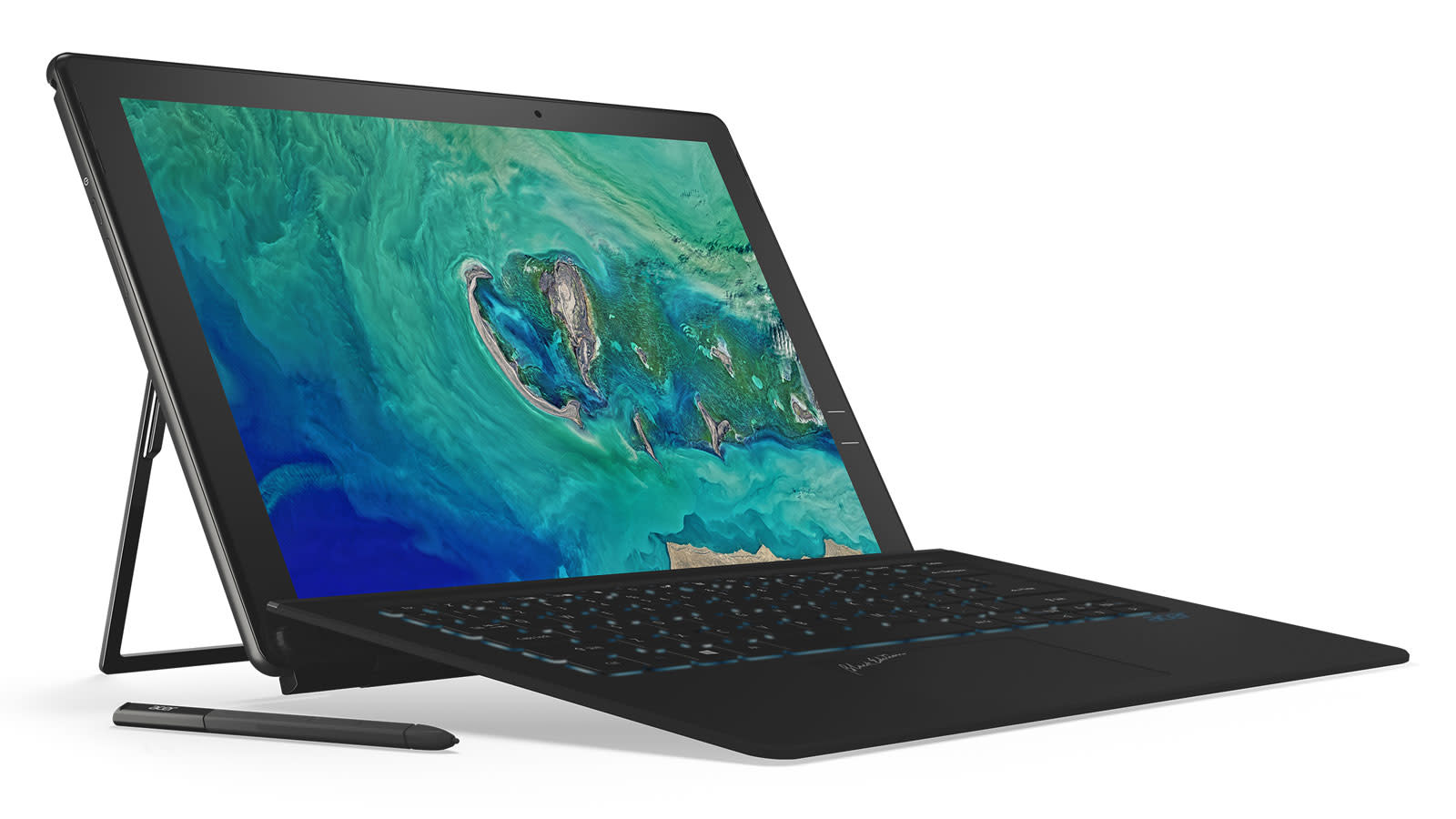 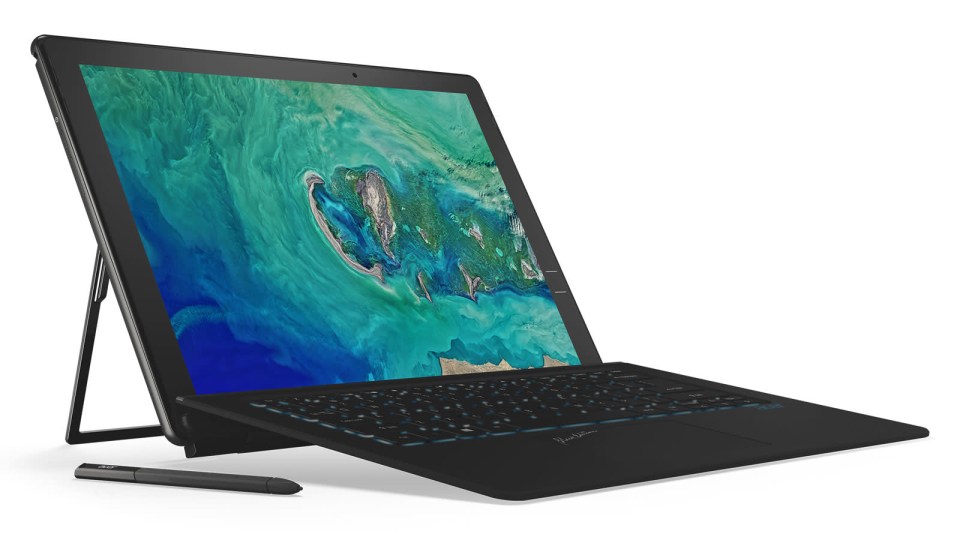 Acer's Switch 5 tablet wasn't something to write home about. The kickstand was clever, but what else was there to lure you away from, say, a Surface Pro? The company has a better answer today. It's launching a slew of new PCs at IFA 2017, and the headliner has to be the Switch 7 Black Edition. While the 13.5-inch slate is larger and heavier (2.5lbs) than the Switch 5, it's also the first fanless 2-in-1 to pack dedicated graphics -- in this case NVIDIA's GeForce MX150. You probably won't be playing Destiny 2 on this machine, but the extra visual oomph should help with video streaming and creative apps while giving you enough peace and quiet to concentrate. Other tricks? The 2,256 x 1,504 display takes advantage of an included Wacom-powered (and now battery-free) stylus, and an 8th-generation Core i7 should give it some brawn in general-purpose tasks. A fingerprint reader along the bezel should help with quick sign-ins as well. The Switch 7 Black Edition should hit stores in December for $1,699 US and €1,999 in Europe. That's pricey by most standards, but it could be justifiable if you want a tablet that can handle Photoshop as well as some nicer laptops.

This isn't Acer's only portable PC on deck. It's also launching the Nitro 5 Spin, a 15.6-inch convertible laptop whose GeForce GTX 1050 makes it well-suited to "casual gaming." Those who don't need gaming-grade hardware can spring for the Spin 5 in 13- and 15-inch flavors (though the larger model has a GTX 1050 option). And if you just want an ultraportable laptop, the Swift 5's combination of 8th-gen Core chips and a sub-2.2lb weight might do the trick. The regular Spin 5 arrives first, shipping in September with a $799/€899 starting price, but it'll be quickly followed up in October by the Nitro 5 Spin ($999/€1,199). The Swift 5 arrives last, hitting shelves in December for $999 in the US and €1,099 in Europe.

In this article: 2in1, acer, computer, convertible, gear, ifa2017, laptop, mx150, nitro5spin, pc, personal computing, personalcomputing, spin5, swift5, switch7blackedition, tablet
All products recommended by Engadget are selected by our editorial team, independent of our parent company. Some of our stories include affiliate links. If you buy something through one of these links, we may earn an affiliate commission.