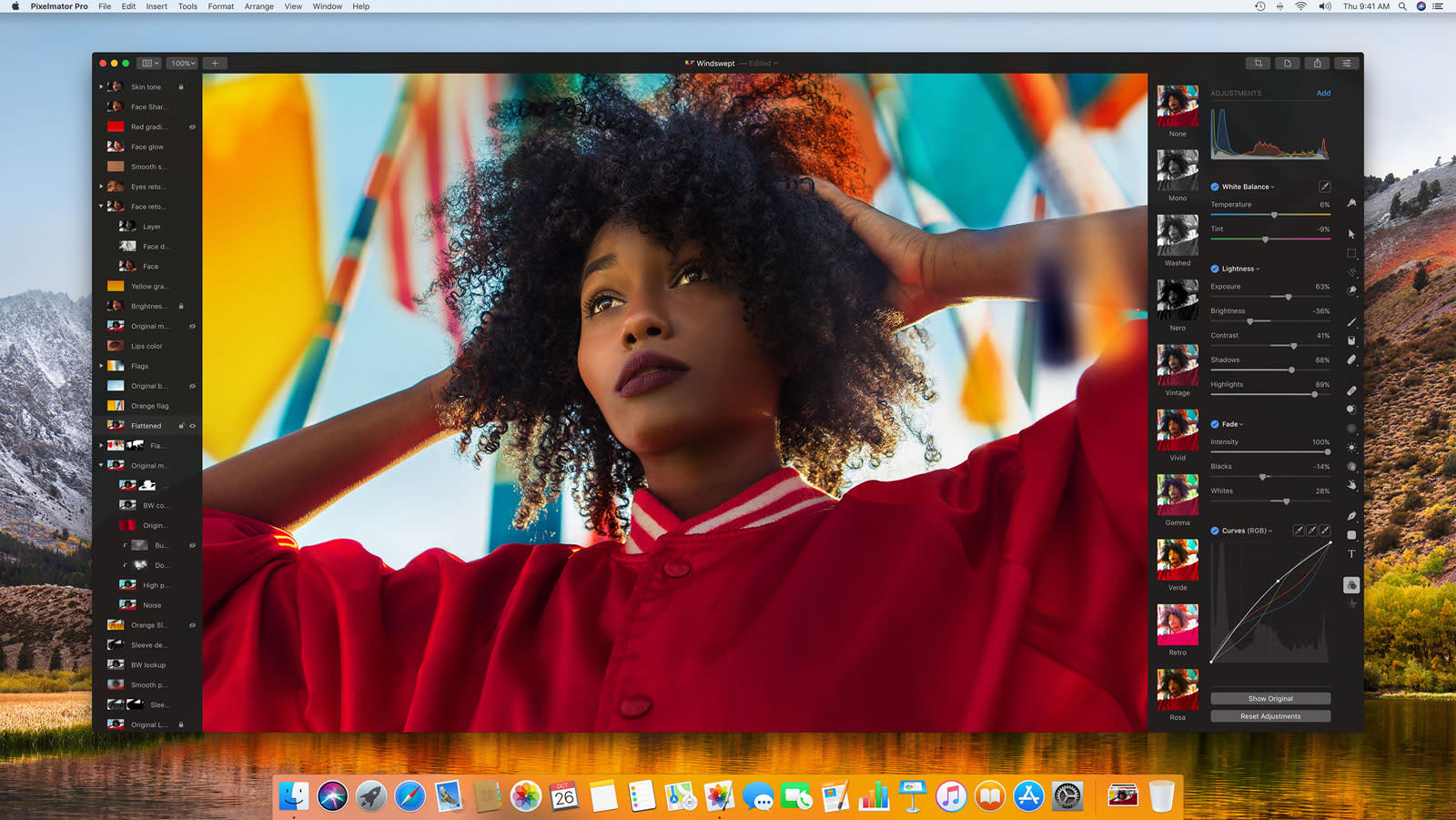 Pro image editing tools like Adobe Photoshop are vital in the creative world, but let's face it: not everyone can justify paying $10 or more per month, every month, just to get more than rudimentary tools. You may not have to in the near future, though. The Pixelmator team is previewing Pixelmator Pro, an upgraded version of its long-serving (and historically more affordable) Mac app geared toward serious creatives. The editor promises many of the features you'd expect in a high-end app, and a little bit beyond -- there's even a dash of AI-like technology involved.

The software is non-destructive (that is, you can always reverse changes), with a heavily revamped interface that merges everything into a single pane. It's more Mac-like, Pixelmator says, and theoretically reduces clutter by eliminating floating toolbars. There's a new bunch of layout tools (such as multi-object alignment and spacing guides) and a new, Metal 2-powered painting engine that's both fast and adds clever tricks like paint blending. Photographers will like the support for RAW processing, including multi-layer edits that preserves all their detail, while Recipes let you save custom effects to apply them

However, the centerpiece may be the inclusion of machine learning-based tools through Apple's CoreML framework. The AI technology gives you a repair tool that can intelligently remove and replace whole elements of an image with natural-looking results, and snap to only the object you want to remove when selecting it. Adobe has had smart editing tools like this for a long time, but CoreML makes them relatively easy to implement -- now, even a smaller developer like Pixelmator can give you those features.

The software is due to ship sometime in the fall, no doubt contingent on the release of macOS High Sierra (needed for Metal 2 and CoreML). Pixelmator has yet to divulge the price, but it tells The Verge that it wants to make Pro "as affordable as possible." Given that the current version of Pixelmator costs $30, that might not be hard. The studio could charge significantly more and still undercut many pro apps. This probably won't replace software like Photoshop if certain features are crucial to your workflow, but it might fit the bill if you're a creative on a budget and aren't tied to any one app.

In this article: ai, coreml, gear, imageediting, mac, machinelearning, metal2, personal computing, personalcomputing, pixelmator, pixelmatorpro, software
All products recommended by Engadget are selected by our editorial team, independent of our parent company. Some of our stories include affiliate links. If you buy something through one of these links, we may earn an affiliate commission.