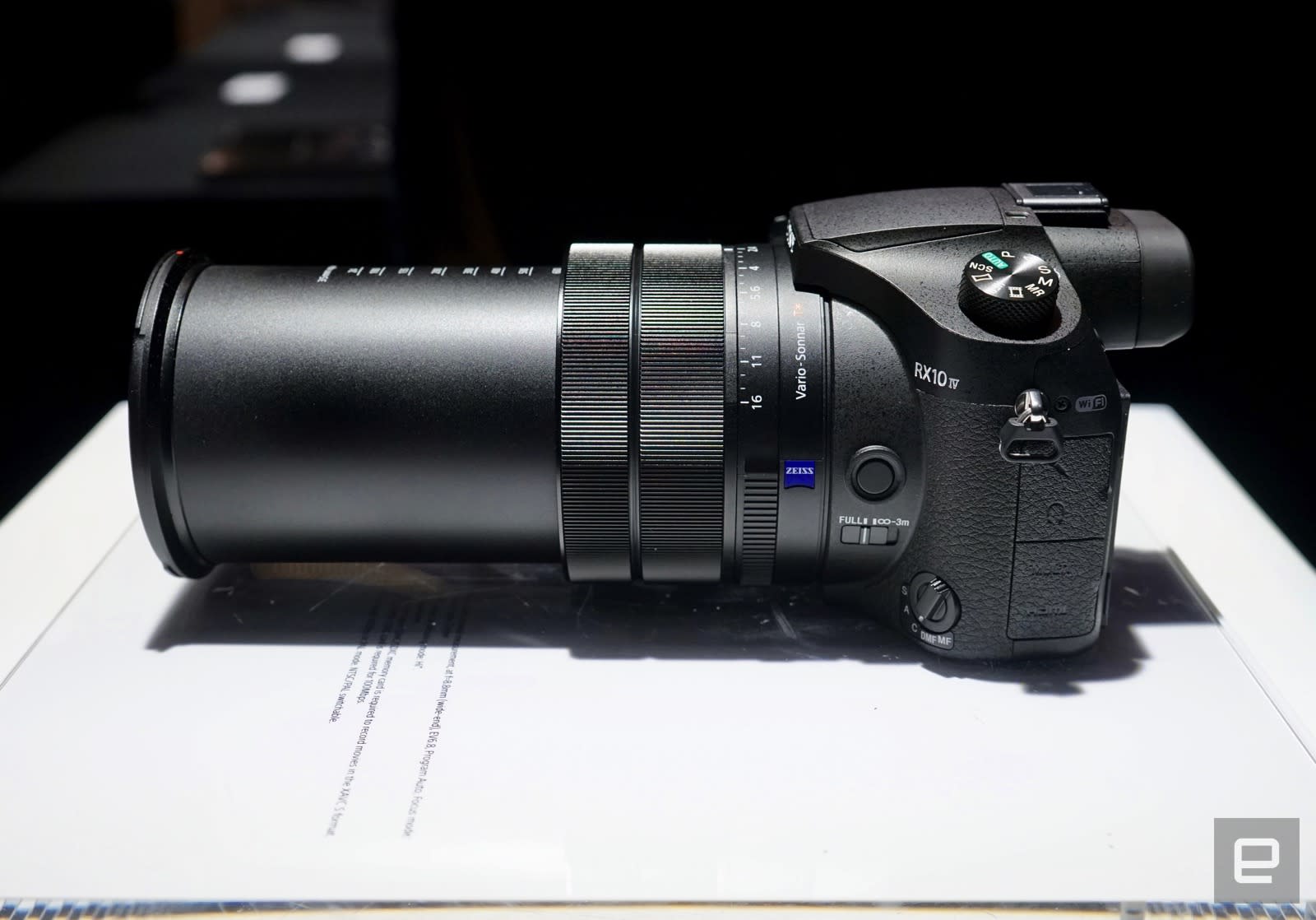 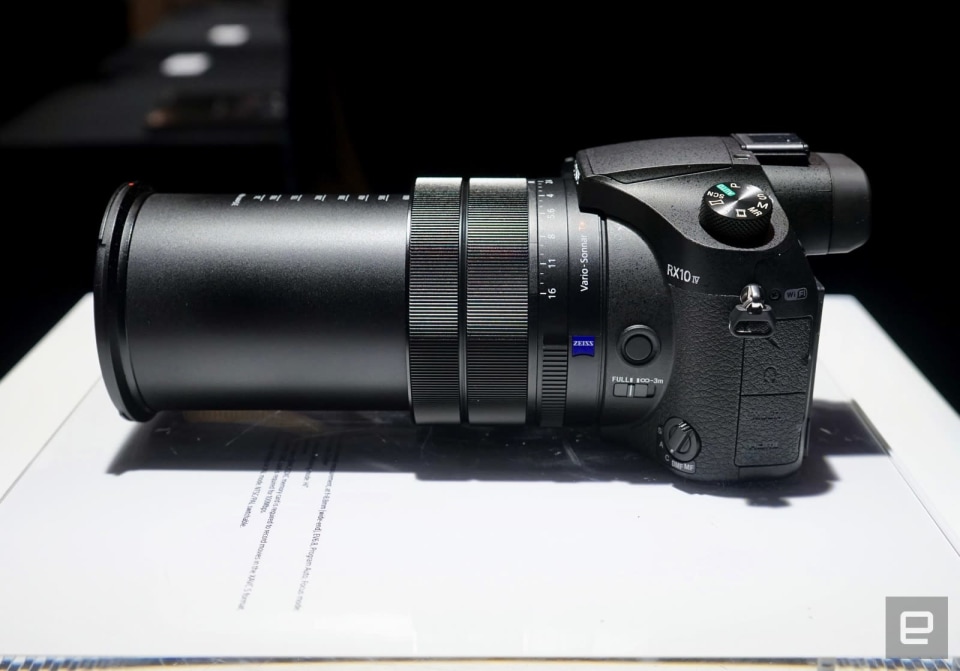 Sony just announced its latest flagship point-and-shoot at an event in New York City, the RX10 IV. The new camera, a successor to last year's RX10 III, again comes with a 24-600mm (35mm equivalent) f/2.4-4 Zeiss Vario-Sonnar T* lens and a 1-inch, 20.1-megapixel stacked CMOS sensor. In terms of design, the RX10 IV is basically identical to its predecessor, featuring mode and exposure dials, a 3-inch LCD screen and an OLED viewfinder. Here's where it really shines, though: Sony says this zoom shooter sports the "world's fastest" autofocus speed of 0.03 seconds, complemented by 24fps continuous shooting (with full AF/AE tracking) and 4K (3,840 x 2,160) movie recording at 24 or 30fps. Speaking of video, the RX10 IV can also shoot 240, 480 and 960fps in lower resolutions than UHD, in case you want to capture some super-slow motion clips. Of course, as has been the case with all previous models, Sony says the new one is geared toward videographers and photographers alike, particularly those who are into shooting fast-moving sports and wild life. Thing is, you'll have to spend a pretty penny if you want the RX10 IV, as it'll be priced at $1,700 when it hits stores in October.

Unfortunately, we weren't able to get any sample images from the camera at the launch presentation, but we'll try to get those for you as soon as possible. In the meantime, enjoy a quick sample of the RX10 IV's ridiculous 24-fps continuous shooting speed in action.

In this article: camera, cameras, gear, hands-on, point-and-shoot, pointandshoot, rx10, rx10iv, sony, sonyrx10, sonyrx10iv, zoom, zoomlens
All products recommended by Engadget are selected by our editorial team, independent of our parent company. Some of our stories include affiliate links. If you buy something through one of these links, we may earn an affiliate commission.