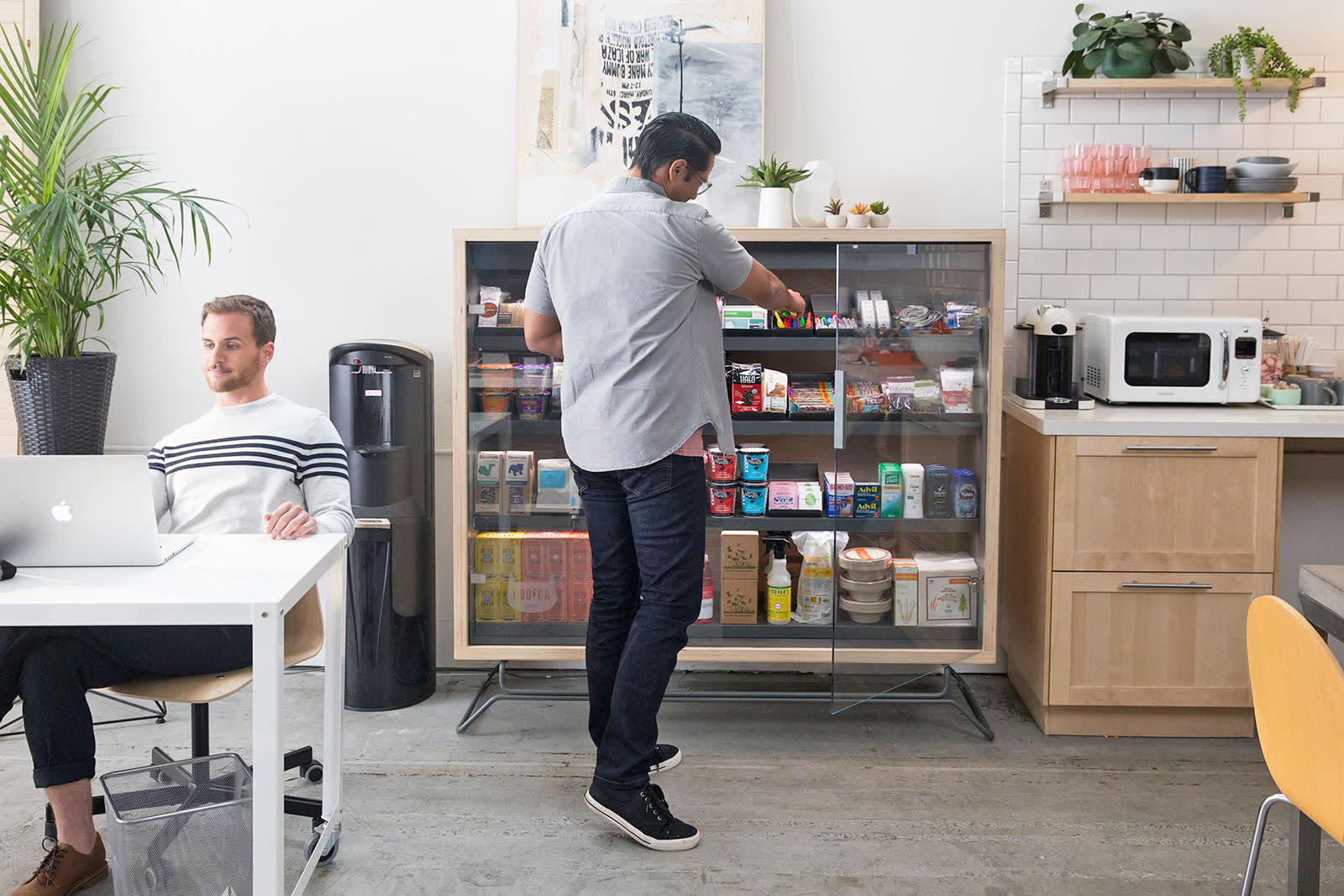 Just when you thought the startup world learned a thing or two from the failure of Juicero, here comes Bodega, a company that's put internet connectivity and image recognition on a West Elm-looking vending machine. That's it! They plan to offer their boxes in apartment buildings, gyms and other locations where people might want quick access to non-perishable products. Instead of heading to the store, you just punch in a code from their app, grab what you need, and the company charges you for what you took.

There's a kernel of a decent idea there, to be honest. But where Bodega goes wrong, just like so many startups, is that it mistakes a tech twist on an existing concept as innovation.

Bodega's biggest issue? It isn't fixing any major problems for consumers. Sure, it'd be nice to grab some toothpaste or toilet paper right in your apartment building, instead of jogging to the store. But how often is that really an issue? In places where it might make more sense, like gyms, it'll also have to compete with existing vending machines. And at that point, Bodega's only real advantage is that it can house products on simple shelves instead of in awkward vending slots, where your item might inevitably get stuck. Does that really sound like something that deserves $2.5 million from major investors like First Round Capital?

Bodega seems particularly inessential given how quickly you can get almost anything delivered today. If you're lucky enough to be in range of Amazon's Prime Now service, you can get orders in under an hour. But even if you're not, there's a chance you can take advantage of same-day shipping. And if you can wait more than a day -- shocking, I know! -- you can get two-day shipping all over America. (It's also worth noting that some actual bodegas deliver as well, but that's just a perk of living in NYC.)

Another big part of the viciously negative reaction against the company? It's called Bodega -- a New York neighborhood staple that the Silicon Valley founders don't seem to understand. Actual bodegas are part of the fabric of city life. They're your first stop when you need a sandwich and coffee in the morning, and you'll inevitably get to know the owners over time. So when someone comes along with a plan that could make corner stores obsolete, it's hard not to take affront.

Following all of today's criticism, the company released a statement saying that it's not really aiming to kill mom and pop shops. "Challenging the urban corner store is not and has never been our goal," wrote co-founder and CEO Paul McDonald." Corner stores have been fixtures of their neighborhoods for generations. They stock thousands of items, far more than we could ever fit on a few shelves. Their owners know what products to carry and in many cases who buys what. And they're run by people who in addition to selling everything from toilet paper to milk also offer an integral human connection to their patrons that our automated storefronts never will."

It's the sort of statement that any businessperson would make upon realizing they stepped into a shitstorm. He goes on to say that he hopes to "bring commerce to places where commerce currently doesn't exist." And McDonald also hopes to create jobs, rather than take them away. Even if he's being sincere, though, basic economics tells another story. If people are buying products at a Bodega box, instead of a corner store, that's less money for the store. Bodega currently has 80 locations on the West Coast, and the company plans to go national soon, with the hopes of reaching 1,000 spots by the end of 2018.

Like Juicero, Bodega seems like an overcomplicated solution to a problem nobody is having. But even if the company's expansion plans don't work out -- and given the typical failure rate of most startups, it likely won't -- its technology could eventually be repurposed into existing vending machines. The combination of image recognition and web connectivity could make it much easier to grab a candy bar, without worrying about it getting stuck.

No, Bodega won't kill your bodega. But hopefully it'll make future startup founders, and the investors who support them, think a bit harder about the ideas they pursue.

In this article: Bodega, business, gadgetry, gadgets, gear, vendingmachines
All products recommended by Engadget are selected by our editorial team, independent of our parent company. Some of our stories include affiliate links. If you buy something through one of these links, we may earn an affiliate commission.