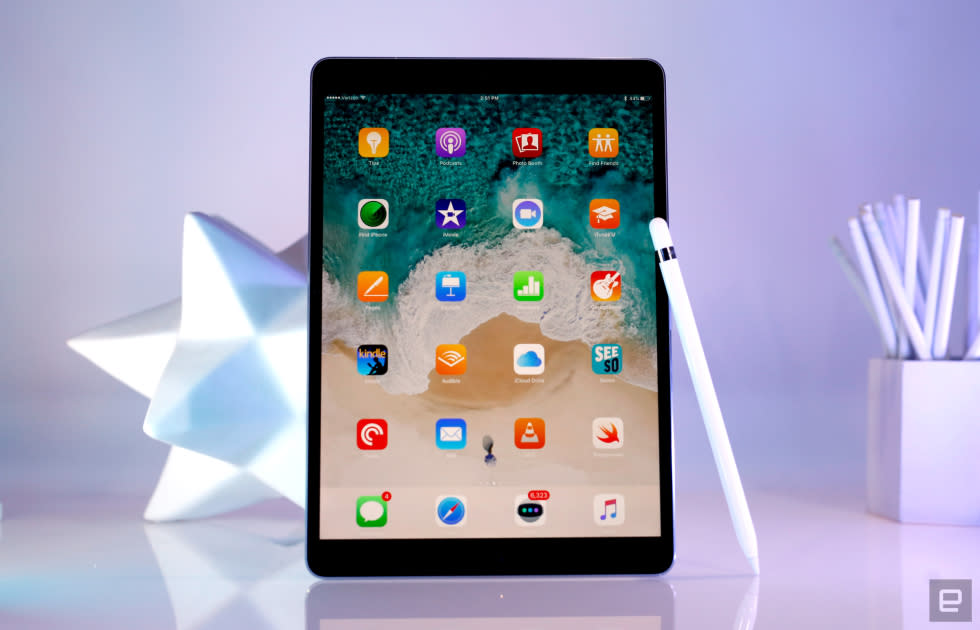 Apple had a lot to say during its iPhone 8 event, but it left out one important detail if you're in the market for an iPad Pro. The tech titan has quietly raised some iPad Pros' prices by $50, and according to 9to5mac, it's all because of the rising prices of NAND flash storage. When you check the Apple Store, you'll notice that the 256GB and 512GB 10.5-inch Pros now cost $799 and $999, respectively. The 12.5-inch model also got the same treatment, with variants of the same storage capacity setting you back $949 and $1,149.

Manufacturers have been dealing with NAND flash storage shortage for a while now due to the increasing demand for SSDs and the transition from 2D NAND to 3D NAND memory chips, which can pack in more data. Apple itself has been contributing to the shortage due to the consistently huge number of iPhones it ships. As one of the biggest tech giants in the world, it isn't in as much trouble as smaller manufacturers are. However, it still probably had to pay a premium for memory chips, considering it just launched three new iPhones instead of the usual two.

As 9to5mac noted, Apple CFO Luca Maestri admitted earlier this year that the company has started experiencing "some level of cost pressure on the memory side particularly on NAND and DRAM." We're simply feeling the effects of the shortage that's been going on for months. It's unclear if Apple plans to bring back the Pros' old prices once storage supplies stabilize. In case the additional $50 feels too much, you can always go for the base variants -- Cupertino didn't adjust their prices like it did the other models.

In this article: apple, flashstorage, gadgetry, gadgets, gear, ipadpro, iphone8event, mobile, nandflashstorage, shortage
All products recommended by Engadget are selected by our editorial team, independent of our parent company. Some of our stories include affiliate links. If you buy something through one of these links, we may earn an affiliate commission.