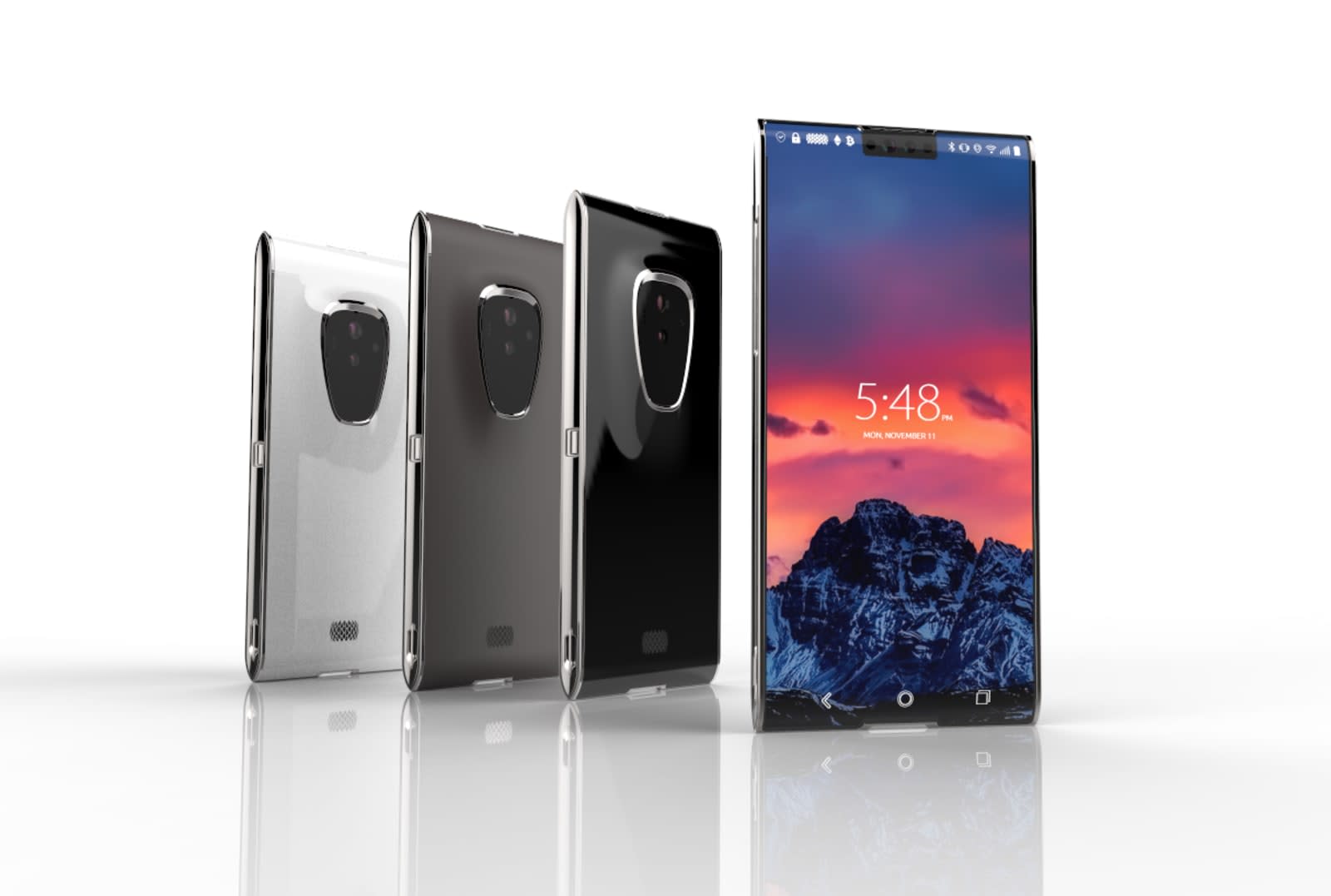 Sirin Labs, the company behind the $14,000 Solarin smartphone, is now developing an open-source model that runs on a fee-less blockchain. The Finney -- named in honor of bitcoin pioneer Hal Finney -- will be the only smartphone in the world that's fully secure and safe enough to hold cryptographic coins. Or so says the company, which is launching a crowdsale event this October (date to be confirmed) to support the phone's development.

According to Sirin, all Finney devices (there's an all-in-one PC coming, too) will form an independent blockchain network powered by IOTA's Tangle technology. The network will operate without centralized backbones or mining centers cluttering up the transaction process, using the SRN token as its default currency (only SRN token holders will be able to purchase the device). And it'll all run on a Sirin operating system specially designed to support blockchain applications such as crypto wallets and secure exchange access.

The phone comes with all the bells and whistles you'd expect from a device with a $1,000 (£740) price tag, including a 256GB internal memory and 16MP camera, plus a hefty suite of security measures. A behavioral-based intrusion prevention system, physical security switch and blockchain-based tamper proof feature mean that, in theory, it's going to take considerable effort to hack. But the question is whether anyone would want to. "The crypto community" is still a niche market, certainly more niche than the affluent business market the $14,000 Solarin was intended for, and that didn't work out so well -- only 10 months after its launch the company laid off a third of its staff, claiming it would be "pursuing new directions to a new product line". Some have suggested the Solarin was a product ahead of its time, and the Finney may well be too.

In this article: bitcoin, blockchain, cryptocurrency, Finney, mining, services, Sirin, smartphone, Solarin
All products recommended by Engadget are selected by our editorial team, independent of our parent company. Some of our stories include affiliate links. If you buy something through one of these links, we may earn an affiliate commission.