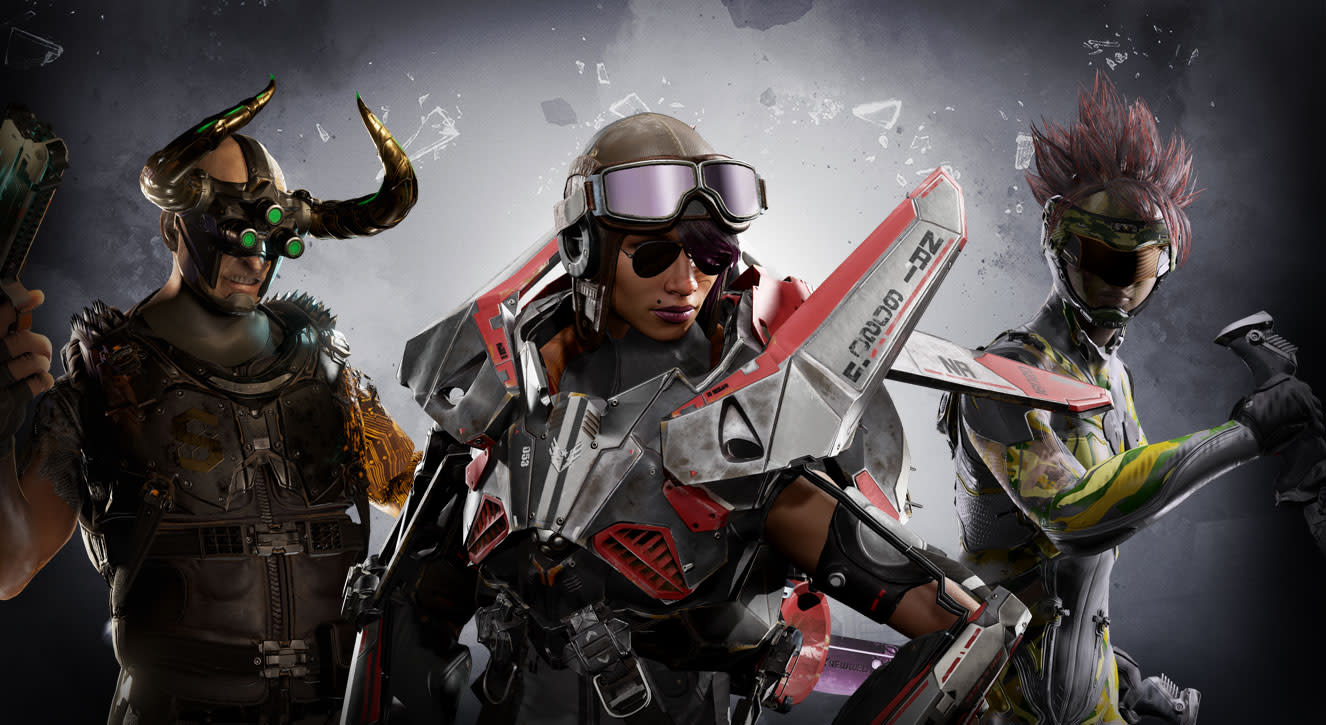 It hasn't been two months since team shooter Lawbreakers launched in early August and the game is inviting players to try it for free on PC this weekend, starting today. That's likely because the PC playerbase is dismal, peaking at 161 players total over the last 24 hours according to Steam's charts. But if you play and like it, the game's studio Boss Key Productions is knocking 25 percent off the cover price to keep you onboard.

Lawbreakers aimed to mix Team Fortress 2's class-based team combat with Quake's arcade shooting. The old-school FPS DNA comes from Boss Key co-founder Cliff 'CliffyB' Bleszinski's experience working on Unreal as well as the first three Gears of War games. Unfortunately, the game hasn't attracted a large playerbase on desktop (it's much harder to tell player count on PS4). But Boss Key is soldiering forth and released a feature roadmap into 2018, announcing a new map today and another class to come before year's end. Bleszinkski referenced League of Legends' slow climb from a Warcraft III mod into the juggernaut it is today as reason not to be discouraged in a Eurogamer interview last month.

I told y'all we aren't stopping. Thanks for the support. New. Stuff. Coming. Xo https://t.co/lE8BaSaN7m

This weekend will be a tough window for Lawbreakers to attract more players given that Call of Duty: WWII's PC open beta starts on Friday. Plus, Bleszinksi's former company Epic Games' PUBG-aping free-to-play game Fortnite: Battle Royale just broke a million players on its first day.

In this article: av, fps, freeweekend, gaming, lawbreakers
All products recommended by Engadget are selected by our editorial team, independent of our parent company. Some of our stories include affiliate links. If you buy something through one of these links, we may earn an affiliate commission.