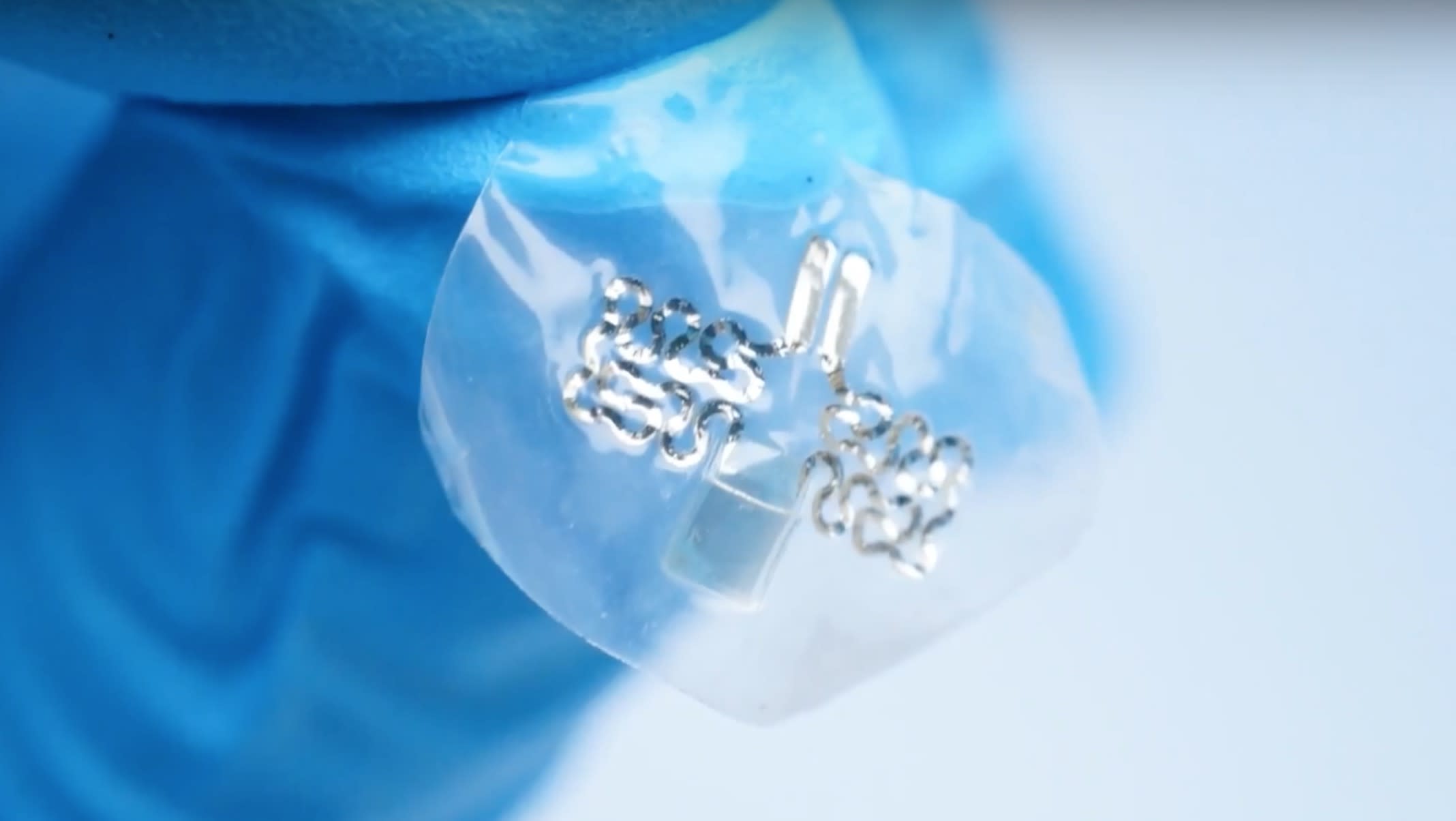 Biomaterials that are rigid in form but able to degrade safely are everywhere. You can find tech like this in medical implants, environmental sensors and wearable, disposable devices. What's harder to do, though, is to make sensors that you can digest. That's exactly what Swiss researchers in Zurich have created, though: a thin, edible sensor that can attach to food and wirelessly report on its temperature. Now our fruits and vegetables can be part of the Internet of Things.

The research team, led by post-doc Giovanni Salvatore, reported its findings in the Advanced Functional Materials journal. These super-thin microsensors are made with a polymer created with corn and potato starch, magnesium (which humans can digest) and water-soluble silicon dioxide and nitride. At 16 micrometers thin this sensor is much thinner than a human hair, which comes in at 100 micrometers. "In preparation for transport to Europe, fish from Japan could be fitted with tiny temperature sensors," said Salvatore in a statement, "allowing them to be continuously monitored to ensure they are kept at a cool enough temperature." Not only do these sensors need to be edible, but they need to be pretty sturdy as they will have to stay viable even with rough food handling.

So far, the new sensors have to be connected with biodegradable cables to a micro-battery, microprocessor and transmitter, but the team is looking at ways of powering and transmitting the sensor data wirelessly, using a "biocompatible energy source." Creating these types of biocompatible microsensors is time-intensive and expensive, too. Salvatore thinks that with more time and production, the price and labor required to produce them will decrease significantly. He notes that they would then be useful "virtually anywhere" for a variety of purposes including monitoring for gas build-up, UV exposure, or pressure.

In this article: biodegradable, edible, food and drink, food-and-drink, foodanddrink, gear, internetofthings, iot, medicine, sensor, swiss, video, zurich
All products recommended by Engadget are selected by our editorial team, independent of our parent company. Some of our stories include affiliate links. If you buy something through one of these links, we may earn an affiliate commission.