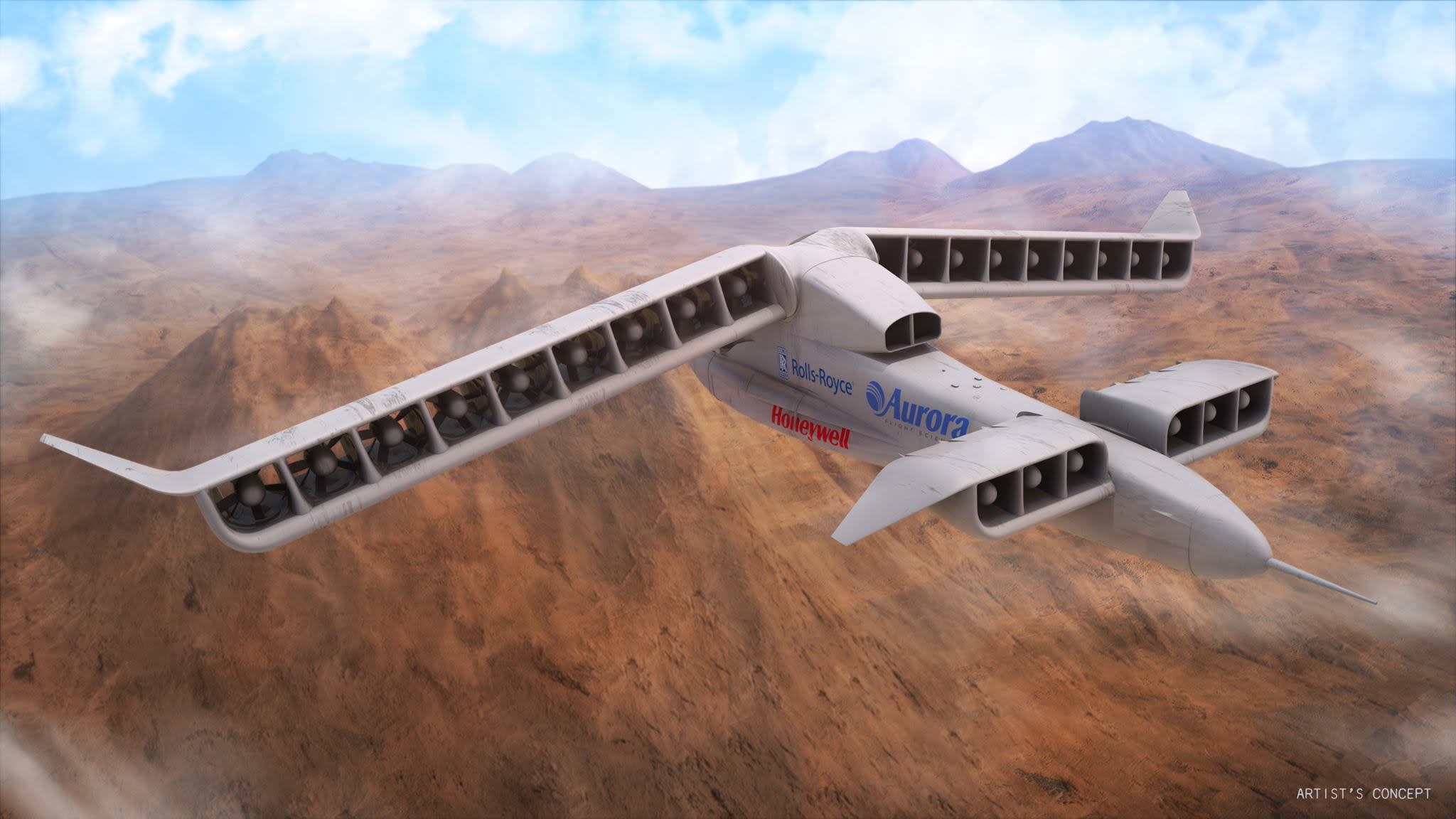 Boeing has announced that it's buying Aurora Flight Sciences, a company that is developing autonomous flying vehicles. Aurora's strengths are in creating aircraft that take off and land vertically, and is looking to eliminate pilots from the equation entirely. The company has been working on such technology for the better part of three decades, and also worked with Uber on its own flying taxi project.

Aurora's main business is in advancing the world of military aircraft, and has won several contracts from NASA and DARPA. Most famously, the company won funding to build phase two of the VTOL X-Plane -- beating out both Boeing and Lockheed Martin. The VTOL X-Plane (codenamed LightningStrike) promises to achieve top flight speeds of up to 400 knots with a more efficient hover and lift-to-drag ratio.

It's believed that Boeing will buy the company to help bolster its own expertise in autonomous aircraft and VTOL technology. It's likely that the bulk of that knowledge will be used to develop military vehicles, although we can hope that it will also trickle down to drone taxis and the like. It's not clear how deep Aurora's relationship with Uber went, or if that deal has ended now that Boeing is in charge.

The deal is structured so that Aurora will exist as an independent subsidiary under the Boeing brand, although without direct control. Although it's worth saying that the company will have access to the aerospace giant's vast R&D and financial resources.

In this article: Boeing, DARPA, Drone, gear, transportation, Uber, VTOL, XPlane
All products recommended by Engadget are selected by our editorial team, independent of our parent company. Some of our stories include affiliate links. If you buy something through one of these links, we may earn an affiliate commission.