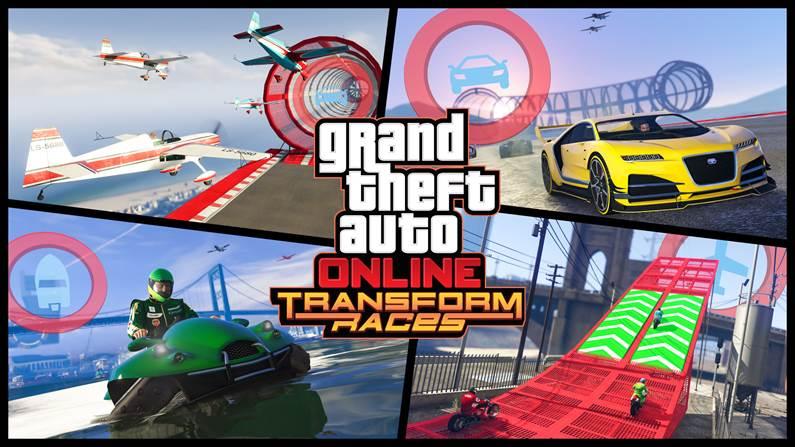 GTA Online manages to do more than hang on to its playerbase, despite its source game Grand Theft Auto V coming out four years ago. The continual flow of bonus content every other month net studio Rockstar Games over $400 million in Q2 2017. GTA Online has more in store for the next DLC set to release later this month includes races with transforming vehicles, a marked-for-death mode and aerial dogfights.

The next evolution of stunt racing in #GTAOnline

The next evolution of the game's Stunt Racing feature, Transform Racing does exactly what you think: Sets up courses along Los Santos' streets, harbors and skies and equips players with vehicles that transform mid-race to traverse all three. Two other modes come with the update: Condemned, where one player is marked as a target until they kill another and pass along their death sentence; And Dogfight for aerial combat.

As is typical with GTA Online bonus content, this patch also includes a few extra vehicles: the Hunter attack helicopter looks like an AH-64 Apache gunship painted with a P-40 Warhawk-style shark mouth, the Coil Cyclone is a high-speed supercar, and the Vigilante apes a well-known superhero's ride from the Saturday morning cartoon days. All this content comes to the game at an undisclosed date later in October.

In this article: av, dlc, expansion, gaming, gta5, gtaonline, gtav
All products recommended by Engadget are selected by our editorial team, independent of our parent company. Some of our stories include affiliate links. If you buy something through one of these links, we may earn an affiliate commission.