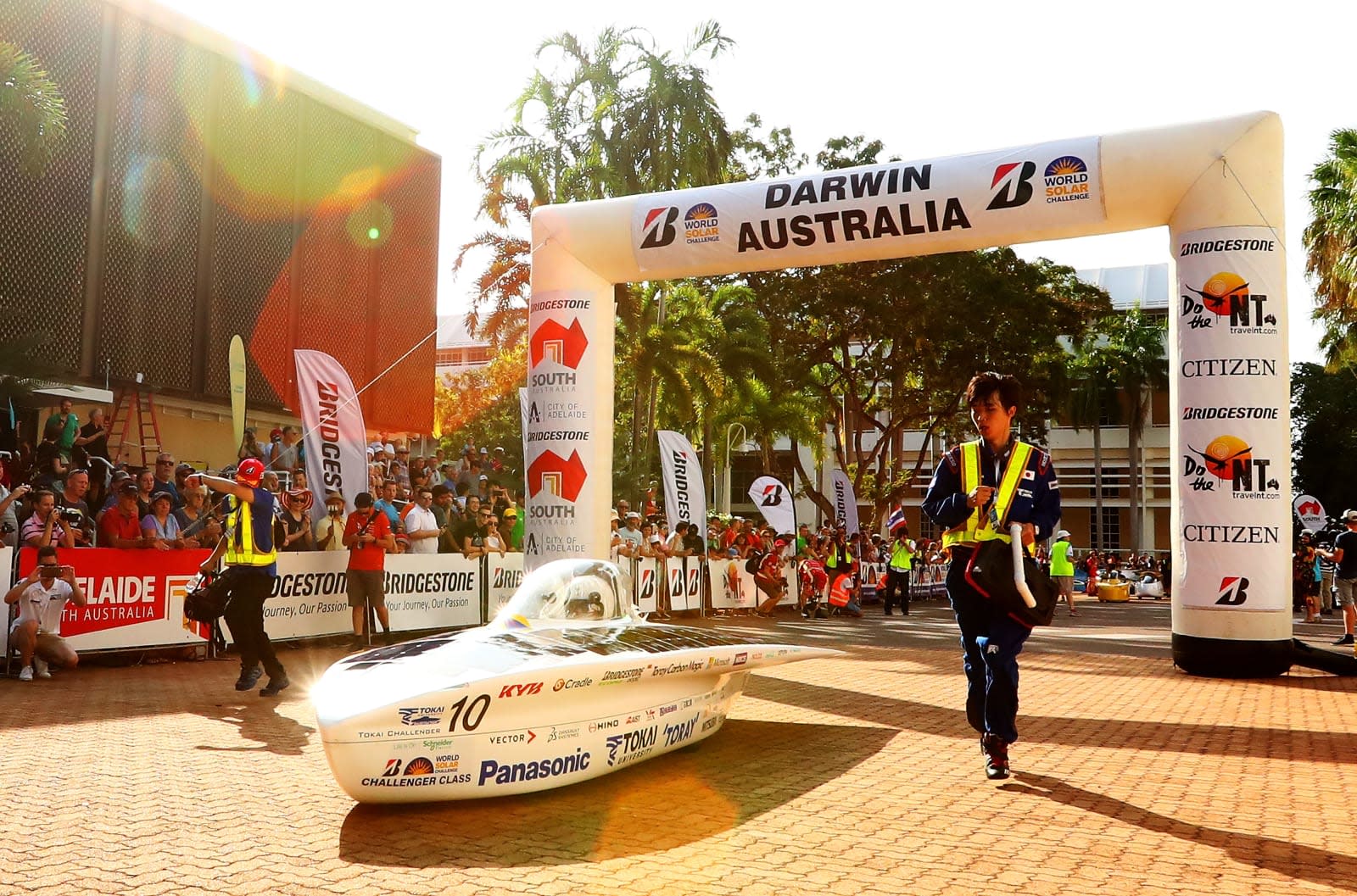 It's a special moment in the history of clean energy: the 30th anniversary World Solar Challenge has begun. A total of 42 solar-powered cars (the largest field to date) left Darwin, Australia on October 8th to travel roughly 1,880 miles to Adelaide. The race officially lasts a week, but it's likely going to end considerably sooner for the front-runners -- the world record holders, Tokai University, took just under 30 hours in 2009. As it is, technical hiccups knocked out several competitors in the first day of racing.

The first ones across the line are likely to be from the Challenger class, which focuses on pure speed. Cruiser-class cars, which include two or more seats, are focused more on efficiency and practical designs than reaching the finish before anyone else. The ones arriving near the end are likely to be in the non-competitive Adventurer class. There are already a few clear front-runners, including Tokai, Dutch teams (Nuon and the University of Twente) and the University of Michigan.

This year, the race regulations are a clear sign of how rapidly solar technology is changing. Teams have to use a smaller solar collector than before: cars in the Challenger class can have no more than 43 square feet of solar cells versus nearly 65 square feet for the previous race, in 2015. That's half the area allowed on cars from the original 1987 race. In other words, technology is advanced enough now (both in solar cells and the underlying vehicle designs) that you don't need a sea of panels to keep a car running.

The Challenge was started with the goal of fostering sustainable transport, and you can argue that it has had some success inspiring the automotive industry over the past 30 years. While you're not going to drive a purely solar-powered car any time soon (they'd be relatively pointless in gloomier parts of the world), solar power is creeping its way into cars thanks to the rise of electric vehicles. After all, even a small roof array can extend the range of an EV or power minor components without hurting performance. Solar may have been a relatively impractical novelty in 1987, but it has some very tangible uses today.

In this article: australia, bridgestone, car, gear, green, solar, solarcar, solarpower, transportation, vehicle, WorldSolarChallenge
All products recommended by Engadget are selected by our editorial team, independent of our parent company. Some of our stories include affiliate links. If you buy something through one of these links, we may earn an affiliate commission.