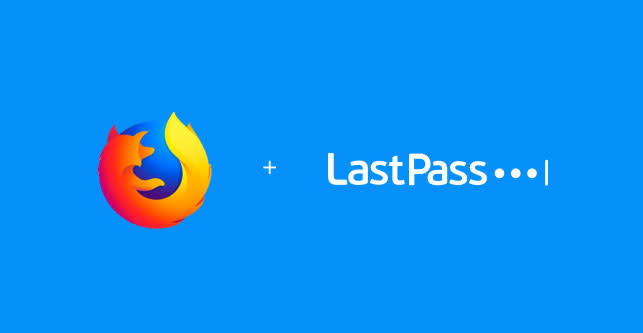 Mozilla has some big changes in store for its next browser release, Firefox 57, on November 14th. It will introduce quite a few new features, including Firefox Quantum, which is twice as fast as Firefox was a year ago and 30 percent more RAM efficient as compared to Google Chrome. One of the changes is the switch to WebExtension, which is an API that allows for development of extensions across browsers.

LastPass, the popular password management system, has been toiling away to make their add-on work on the new system. Today, the company released a public beta for use in Firefox that's compatible with WebExtension. LastPass also announced that the final version will be available when Firefox 57 makes its debut. Beta users will automatically be transitioned to the final release when that happens.

There are a few things to note if you're already eagerly downloading that beta add-on. First, any features that use the binary component of LastPass are disabled because the installer doesn't currently work with WebExtension. Presumably, that will change before the final release, but if you regularly use this feature, then hold off installing the beta plugin. And second, if you're using version 4.1.54, then installing this will reset your preferences to the default. You'll have to manually reconfigure them.

In this article: firefox, gear, lastpass, mozilla, security
All products recommended by Engadget are selected by our editorial team, independent of our parent company. Some of our stories include affiliate links. If you buy something through one of these links, we may earn an affiliate commission.