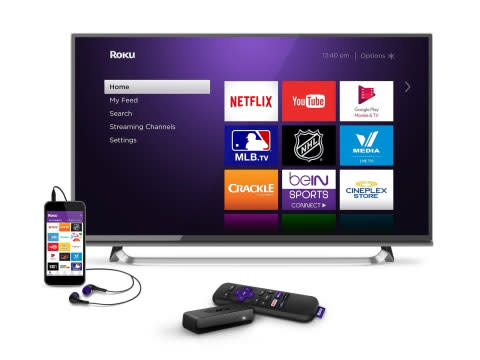 Canada is getting a new version of the Roku Express, the company announced today. The tiny device, which is aimed at consumers new to streaming, is five times more powerful than its predecessor. It was unveiled on October 2nd as a part of Roku's refreshed lineup. It will retail for $40 and will be available starting in November.

Roku is also making its debut in Latin America, bringing its streaming platform to all the countries in Central America, as well as Argentina, Chile, Colombia and Peru in South America. Content publishers in these countries will have the ability to develop custom channels for their consumers. Roku's hardware will be available to these consumers in the next few weeks.

Back in October, Roku unveiled their new lineup of streaming devices, including the rumored Streaming Stick+, which was their first stick to be compatible with 4K and HDR. Clearly, they're intent on continuing to expand after their successful IPO with expansion into these two markets, and likely more to come.

In this article: av, canada, centralamerica, gear, roku, southamerica
All products recommended by Engadget are selected by our editorial team, independent of our parent company. Some of our stories include affiliate links. If you buy something through one of these links, we may earn an affiliate commission.