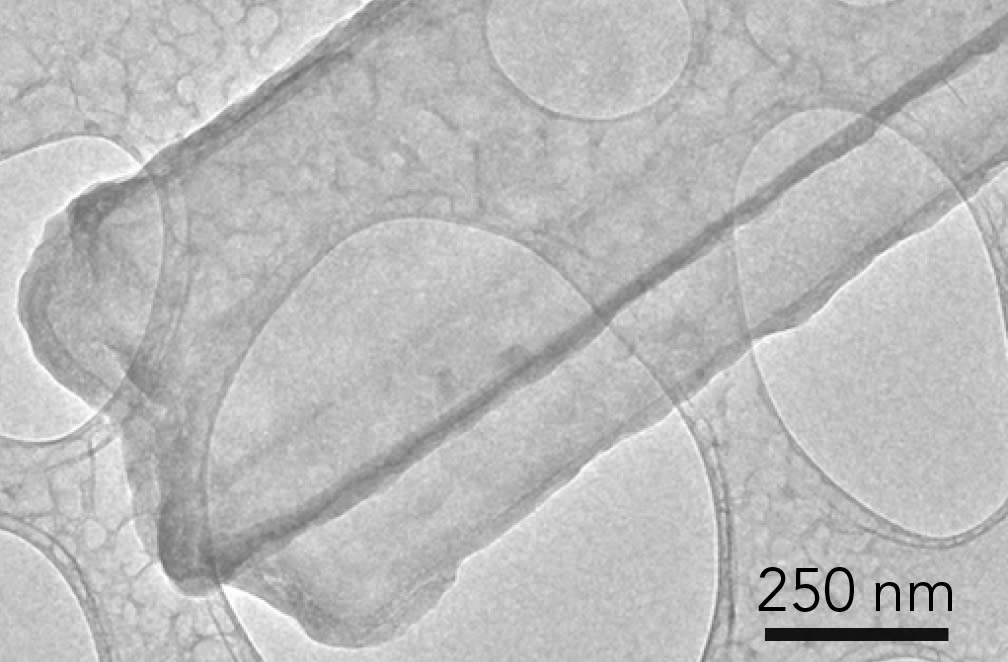 High-energy batteries, like the ones in your laptop and smartphone, can fail, which can cause them to overheat and even catch fire. A team of researchers used cryo-electron microscopy (cryo-EM) , a technique that won the 2017 Nobel Prize in chemistry, to capture high-resolution, atomic-level images finger-like growths in these devices called dendrites. The new images will give scientists a better idea of what causes high-energy batteries to overheat, which could lead to safer devices for all of us.

The research was conducted by scientists from Stanford University and the Department of Energy's SLAC National Accelerator Laboratory. The team captured the first-ever atomic-level images of dendrites, which can break through the barriers between different segments of a battery, which causes short circuits or fires. The cryo-EM images show lithium metal dendrites as long, six-sided crystals rather than the pitted, irregular shapes seen in earlier electron microscope imagery.

This technique lets researchers freeze batteries at any point in its charge-discharge cycle, remove various components, and see what's happening on an atom-by-atom basis. They can then make stop-action movies of the activity with the different images they take, which provides previously-unheard of insight into the process going on inside a high-energy battery. The current team was able to see both dendrites and the solid electrolyte interphase (SEI) coating on each one — controlling the SEI stability is important for efficient batteries.

"With cryo-EM, you can look at a material that's fragile and chemically unstable and you can preserve its pristine state – what it looks like in a real battery ­– and look at it under high resolution," said professor and research leader Yi Cui in a statement. "This includes all kinds of battery materials. The lithium metal we studied here is just one example, but it's an exciting and very challenging one."

In this article: batteries, cryo-EM, dendrites, departmentofenergy, gear, high-energy, lithiumion, mobile, slac, stanford, tomorrow
All products recommended by Engadget are selected by our editorial team, independent of our parent company. Some of our stories include affiliate links. If you buy something through one of these links, we may earn an affiliate commission.