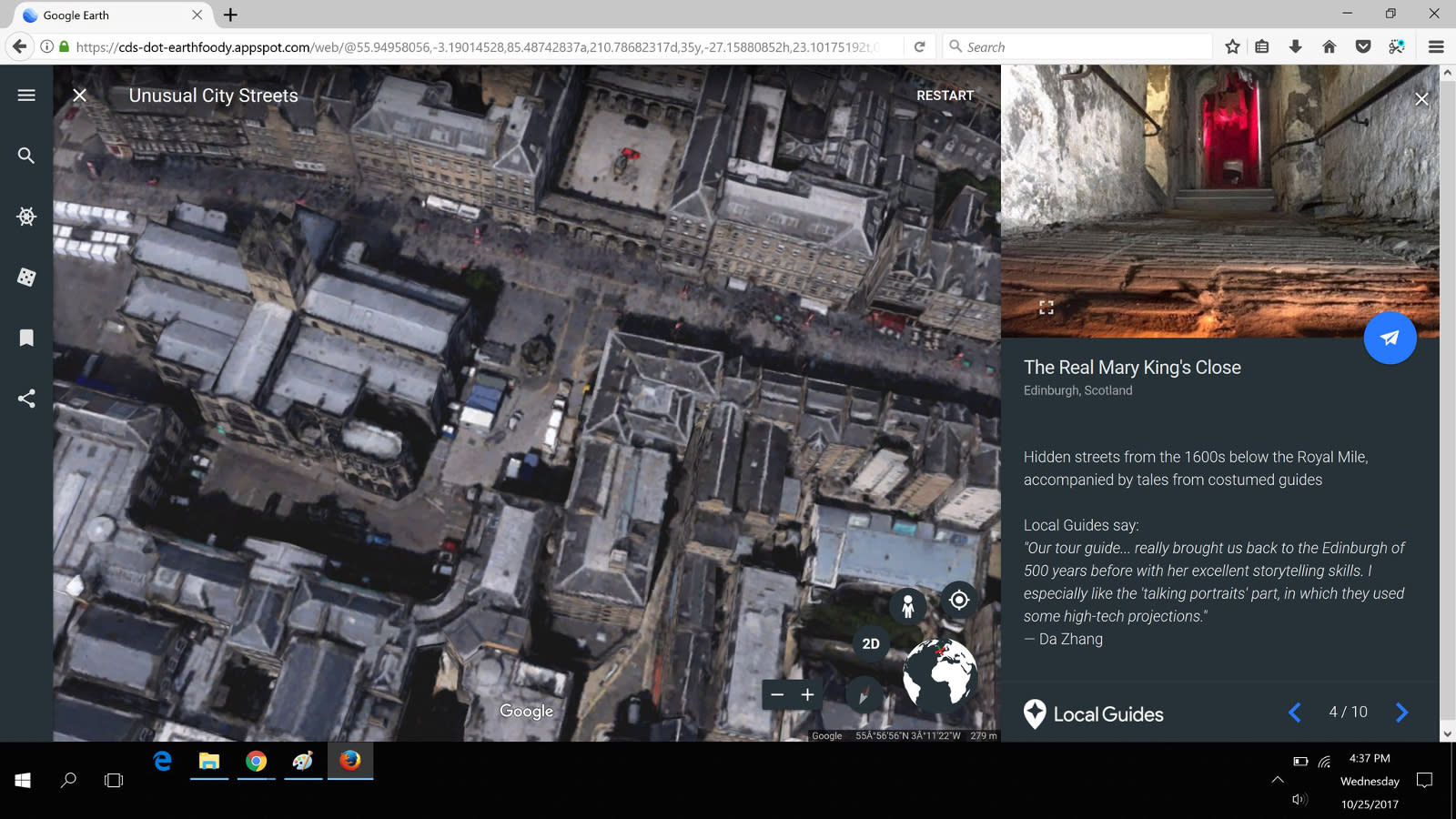 Earlier this year, Google Earth finally became accessible on a browser, giving you a way to virtually explore our world without having to install its application. At the moment, though, it will only work if you're using Google Chrome, something its developers are working hard to change: their official Twitter account has just revealed that they're making good progress on bringing the web-based app to Firefox.

Back when the Earth team were working on the app for the web, they only had two ways to bring native code into a browser. They chose a method called "Native Client," which only Chrome supports but promised to create another version using WebAssembly, the open standard for running native code in the browser that's still in development. Now that WebAssembly has advanced enough for the team to use, they're finally been able to show off what the Firefox port of Earth would look like.

The great thing about WebAssembly is that it's supported not just by Chrome and Firefox, but also by Safari and Edge. So, once Google is done porting Earth over, you might be able to access all of its satellite imagery on almost any browser you want.

Notice anything about this screenshot? Yep, that's #GoogleEarth on @firefox. Demo only for now, but stay tuned: https://t.co/yIy9gcLyfA 🔥 pic.twitter.com/OedCej5G8y

In this article: firefox, gear, google, googleearth, internet, WebAssembly
All products recommended by Engadget are selected by our editorial team, independent of our parent company. Some of our stories include affiliate links. If you buy something through one of these links, we may earn an affiliate commission.