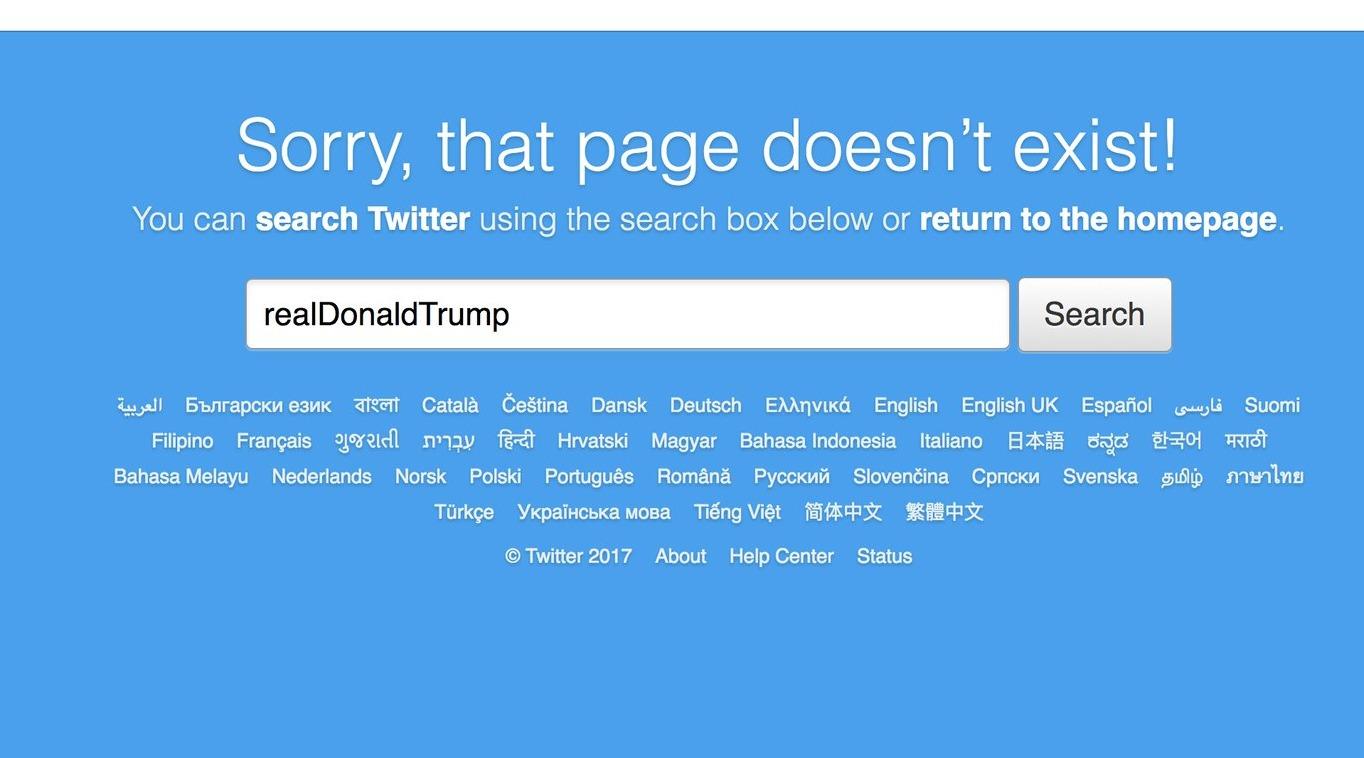 No, you weren't hallucinating -- the President's personal Twitter account was unplugged earlier this evening. It disappeared, and then reappeared without warning or reason, however now Twitter is offering an explanation. The account was "inadvertently deactivated due to human error by a Twitter employee" for about 11 minutes before it was restored, so those hoping the company would turn it off for good are still left waiting.

Update: Or... Maybe not. Now Twitter is saying that after an investigation, it appears this was done by a customer support employee on their last day. The tweet did not note if it was already the person's last day before or after they turned off the president's account.

Earlier today @realdonaldtrump's account was inadvertently deactivated due to human error by a Twitter employee. The account was down for 11 minutes, and has since been restored. We are continuing to investigate and are taking steps to prevent this from happening again.

Through our investigation we have learned that this was done by a Twitter customer support employee who did this on the employee's last day. We are conducting a full internal review. https://t.co/mlarOgiaRF

In this article: donaldtrump, entertainment, internet, potus, presidenttrump, twitter
All products recommended by Engadget are selected by our editorial team, independent of our parent company. Some of our stories include affiliate links. If you buy something through one of these links, we may earn an affiliate commission.
Share
Tweet
Share