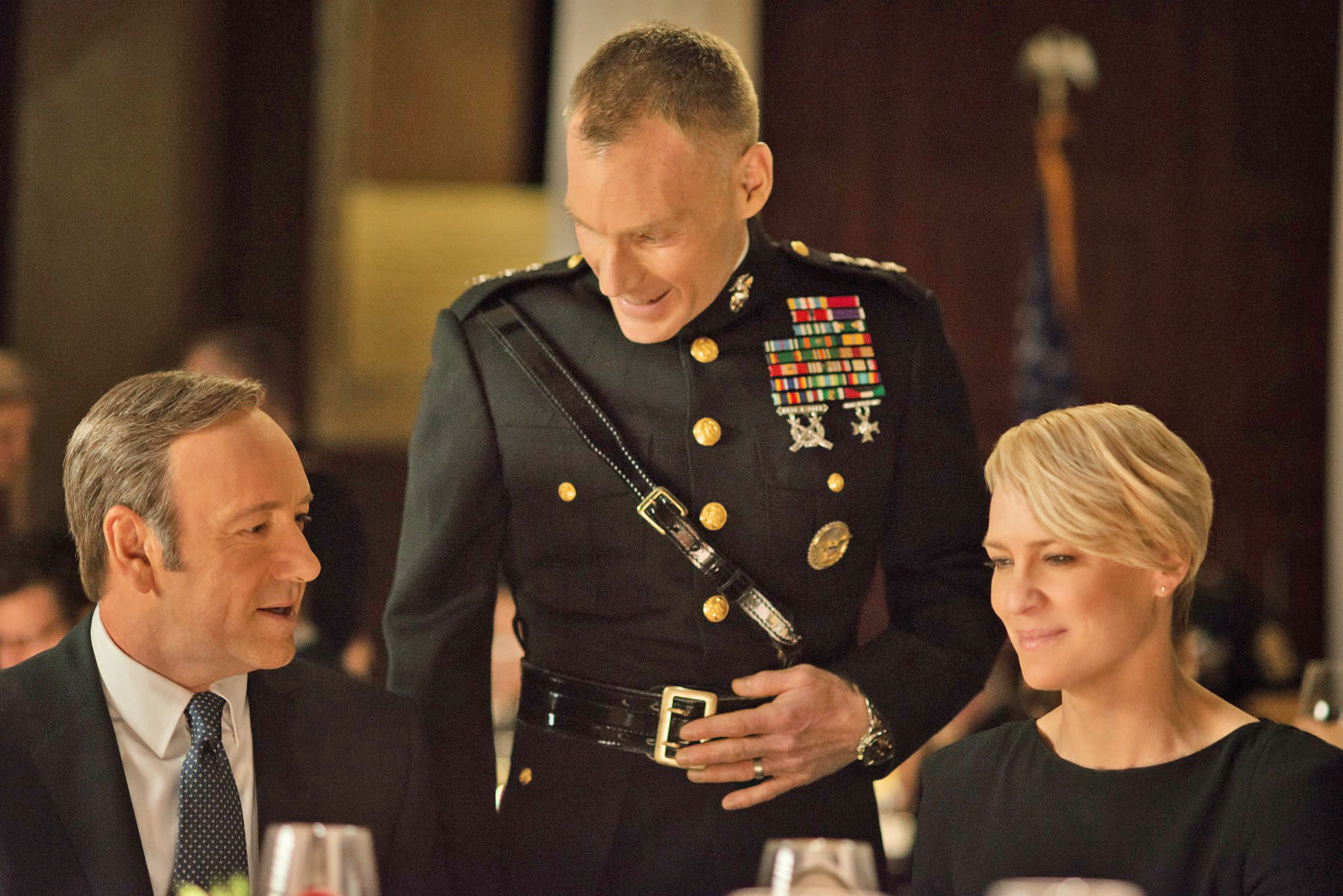 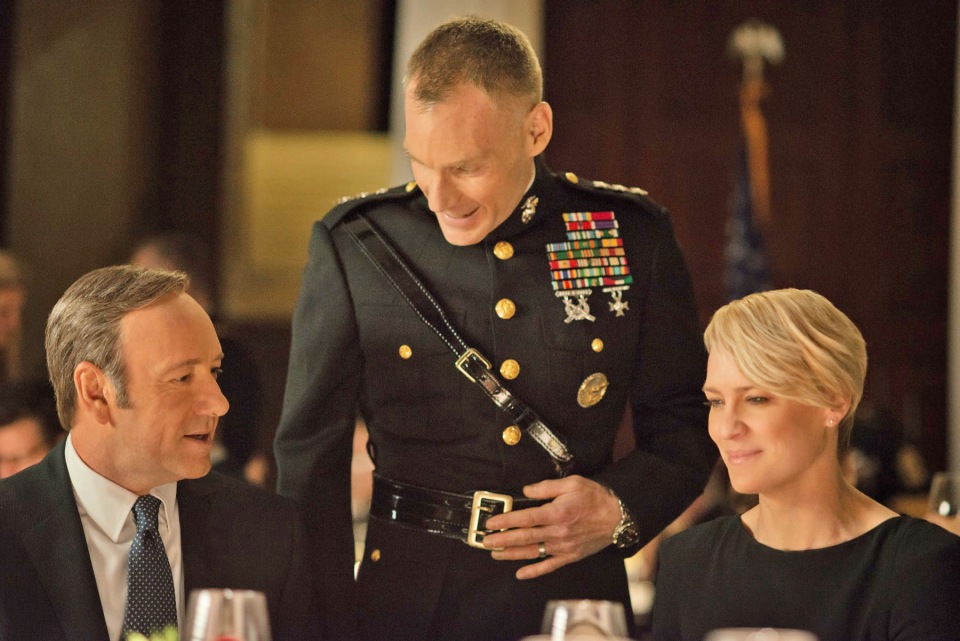 If House of Cards comes back for its planned sixth and final season, it won't happen on Netflix with Kevin Spacey attached. After accusations of sexual misconduct surfaced yesterday from crew members working on the show, the streaming video company issued a statement tonight saying "Netflix will not be involved with any further production of House of Cards that includes Kevin Spacey."

The studio that produces House of Cards for Netflix, Media Rights Capital, quickly followed up with a statement of its own, saying that Spacey "has been suspended, effective immediately." Based on the two company's releases, while that puts an end to the actor's participation, they're still considering options for the future of the show.

Netflix will not be involved with any further production of House of Cards that includes Kevin Spacey. We will continue to work with MRC during this hiatus time to evaluate our path forward as it relates to the show. ​We have also decided we will not be moving forward with the release of the film Gore, which was in post-production, starring and produced by Kevin Spacey.

While we continue the ongoing investigation into the serious allegations concerning Kevin Spacey's behavior on the set of House of Cards, he has been suspended, effective immediately. MRC, in partnership with Netflix, will continue to evaluate a creative path forward for the program during the hiatus.

In this article: av, breaking news, entertainment, fridaynightnewsdump, houseofcards, kevinspacey
All products recommended by Engadget are selected by our editorial team, independent of our parent company. Some of our stories include affiliate links. If you buy something through one of these links, we may earn an affiliate commission.