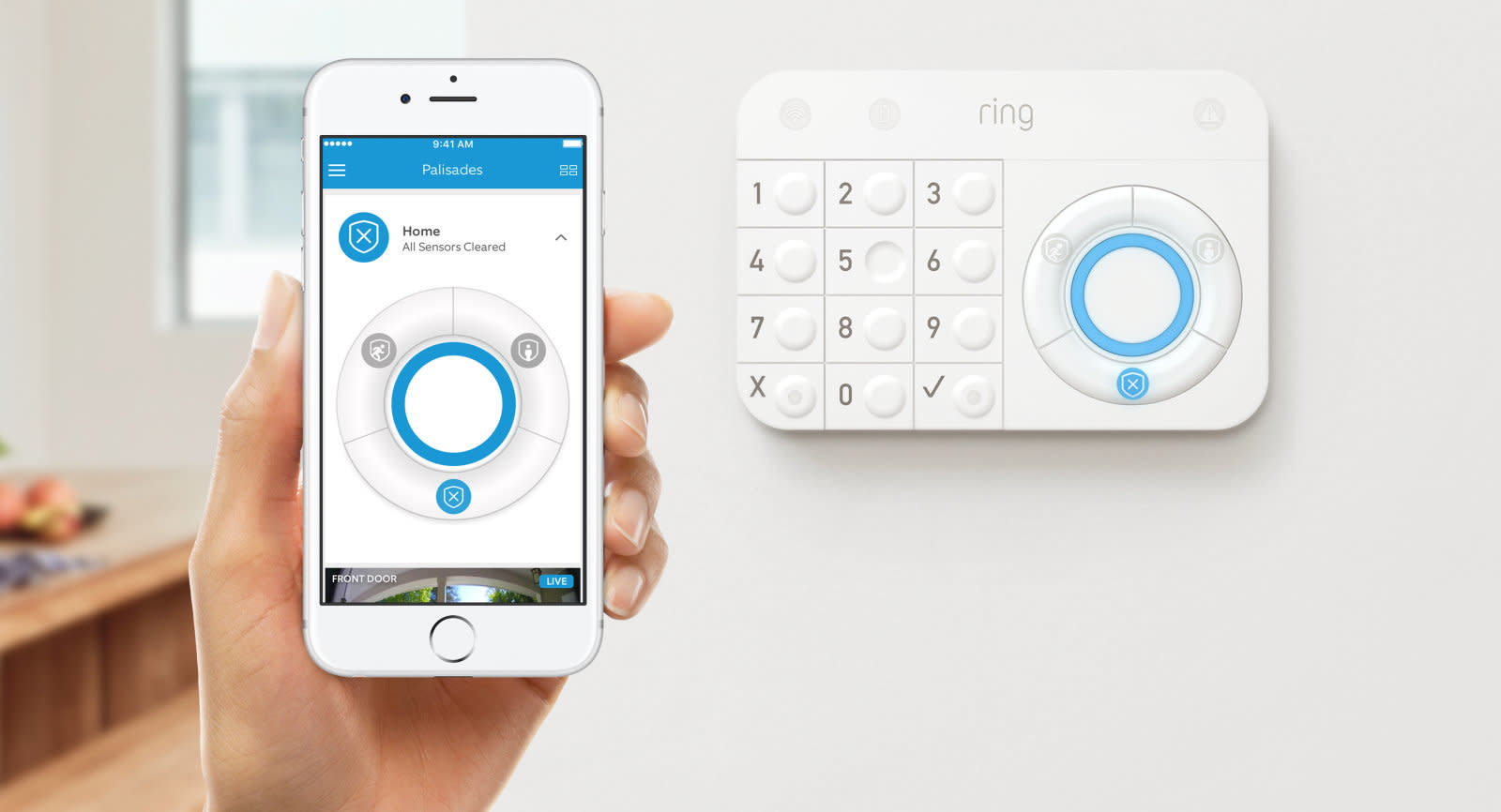 The Ring Protect DIY home security system might not make it under anybody's tree this Christmas. A judge in Delaware has temporarily blocked Protect's sales due to a lawsuit filed by rival electronic security provider ADT. The bigger home security company is accusing Ring of stealing and using the platform originally developed for its products.

According to the lawsuit, ADT sunk $36 million into a company called Zonoff, commissioning it to develop the Z1 home security platform. ADT said the company defaulted on its debts and Zonoff CEO Mike Harris handed Ring's reps a USB stick loaded with Z1's secrets during a covert meeting at a parking lot. Ring CEO Jamie Siminoff said, however, that his company paid $1.2 million for Zonoff's help in developing a platform of its own. Zonoff shut its doors a couple of months after Ring paid and before it could fulfill its obligation to either company.

The court has yet to reveal its final verdict, but the injunction will definitely affect Ring's sales, considering it's already the holiday shopping season. Ring, which is mostly known for its video doorbells, launched the Protect home security system last month. A bundle with a base station, a keypad, a contact sensor, a motion detector and a range extender costs $199. Subscription costs only $10 per month on top of that, much more affordable than ADT's $37 monthly fee. Ring's lawyer told Law360 that ADT is "trying to slow roll the case" in order to "keep Ring out of the market during the holiday season." The plaintiff said in a statement, however:

"We are pleased with the Court's decision to enter a preliminary injunction against Ring's improper use of ADT's intellectual property. ADT respects the intellectual property of others, as we expect others to respect our own; and we look forward to a successful final resolution of this matter."

In this article: ADT, gear, home, homesecurity, ring, ringprotect, security
All products recommended by Engadget are selected by our editorial team, independent of our parent company. Some of our stories include affiliate links. If you buy something through one of these links, we may earn an affiliate commission.