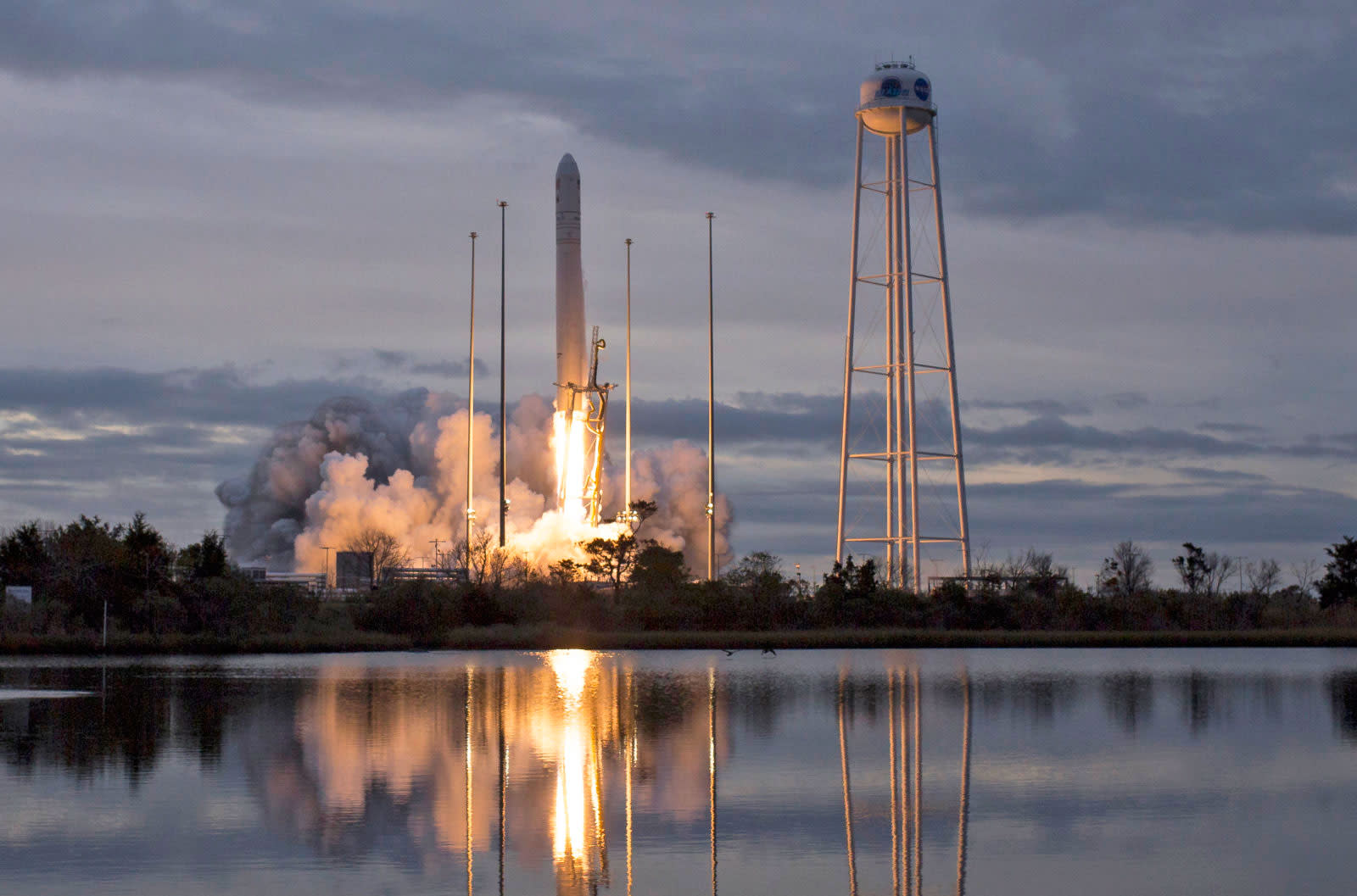 Last year, Russian scientist Igor Ashurbeyli announced the formation of Asgardia -- a new virtual nation that will ultimately exist entirely in space. Since its debut, Asgardia has attracted over 300,000 registrants, created a constitution and, as of this Sunday, launched itself -- all 0.5 TB of it -- into space.

A small satellite called Asgardia-1 was loaded on board the Cygnus spacecraft and launched by the Orbital ATK Antares rocket from NASA's Wallops Flight Facility Sunday morning. The satellite contains Asgardia's constitution, its national symbols and personally selected data from each of the nation's citizens. "Asgardia-1 may look like many other satellites orbiting Earth, but it is the only one in the whole world which represents a new territory," Ashurbeyli said in a statement. "Asgardia-1 took all of the nation's essence to space: its Constitution, its national symbols, and all of the Asgardian citizens - virtually." Cygnus' primary mission is to resupply the International Space Station and after that, it will de-dock and climb to a higher altitude where it will deploy Asgardia-1 into orbit.

The whole concept of Asgardia may seem ridiculous to most people, but Ashurbeyli is quite serious about it. He is supposedly now headed to Washington DC in order to discuss becoming a full, UN-endorsed nation with policy experts, and parliamentary elections are now underway for Asgardian citizens. During an online Q&A a few months ago, Lena De Winne, the CEO and Vice President of the business side of Asgardia, said that national IDs and even passports are in the works. Those will be distributed through embassies that Asgardia plans to establish on every continent, so even citizens of a space nation aren't free of bureaucratic paperwork and waiting in line it seems.

In this article: ANTARES, asgardia, asgardia-1, cygnus, gear, IgorAshurbeyli, InternationalSpaceStation, nasa, orbitalatk, politics, satellite, space, spacenation, wallopsflightfacility
All products recommended by Engadget are selected by our editorial team, independent of our parent company. Some of our stories include affiliate links. If you buy something through one of these links, we may earn an affiliate commission.